iPhone 13 Pro not a perfect fit with MagSafe Duo, but charging is unaffected

AppleInsider
Posted: September 23, 2021 5:39PM
in iPhone edited September 29
A larger camera module on Apple's new iPhone 13 Pro might cause fit issues with the MagSafe Duo charger, though functionality appears to be fine. 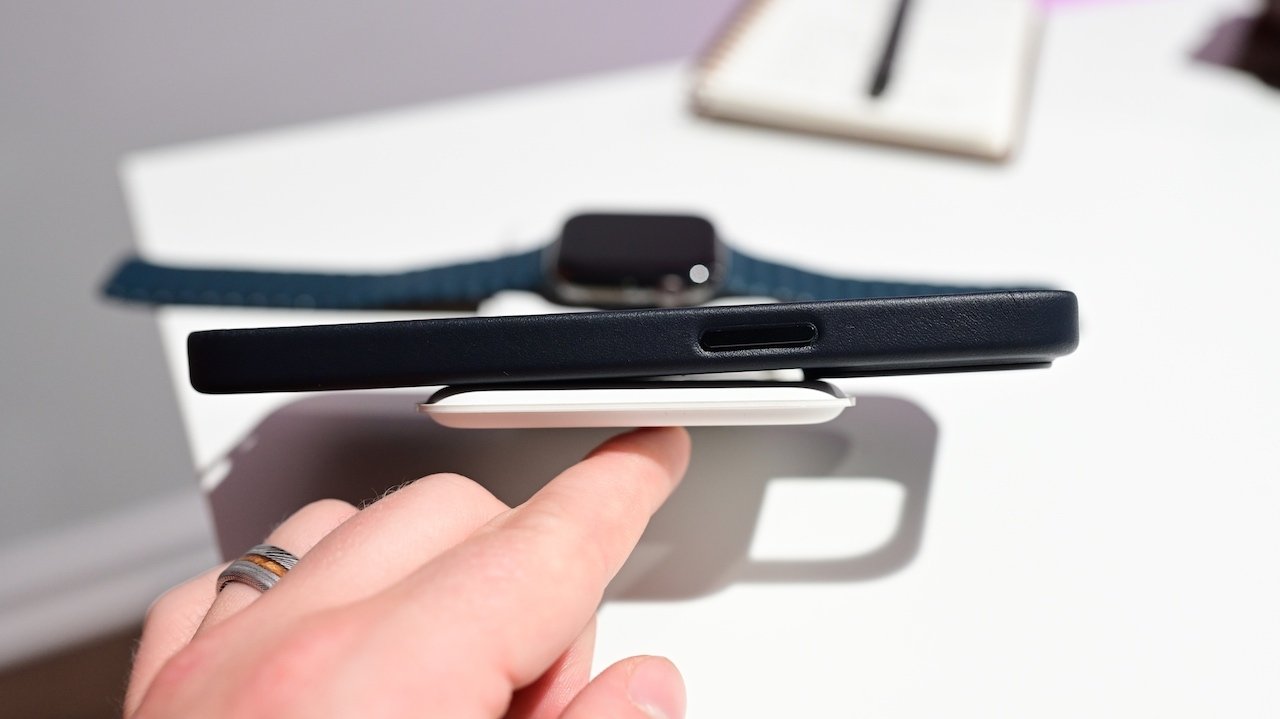 According to Spanish-language site La Manzana Mordida, at least one early iPhone 13 Pro user found that their official leather case didn't sit flush with the MagSafe Duo charger. The user did not test an actual iPhone 13 Pro, since the models have not yet arrived on customer doorsteps.

AppleInsider has tested the issue with an iPhone 12 Pro equipped with a new iPhone 13 Pro case. In testing, the MagSafe Duo's ability to charge the device is unimpaired despite the non-flush fit. Given the nature of MagSafe guaranteeing that the charging coils are in the same place, this will apply to the iPhone 13 Pro as well.

Earlier in September, Apple filed a new MagSafe-based charger with the Federal Communications Commission. However, the company did not unveil any new MagSafe charging hardware at its Sept. 14 event, and it has yet to update the store with any new chargers.

The camera bumps are slightly larger across the entire iPhone 13 lineup. The silicone case for the iPhone 13 Pro, for example, has a cutout that measures 38mm x 37mm -- significantly larger than the camera bump on an iPhone 12 Pro.