AppleInsider
Posted: January 26, 2022 12:06AM
in General Discussion
Samsung is expected to unveil its newest S-series flagship phone in early February at the Samsung Galaxy Unpacked event. 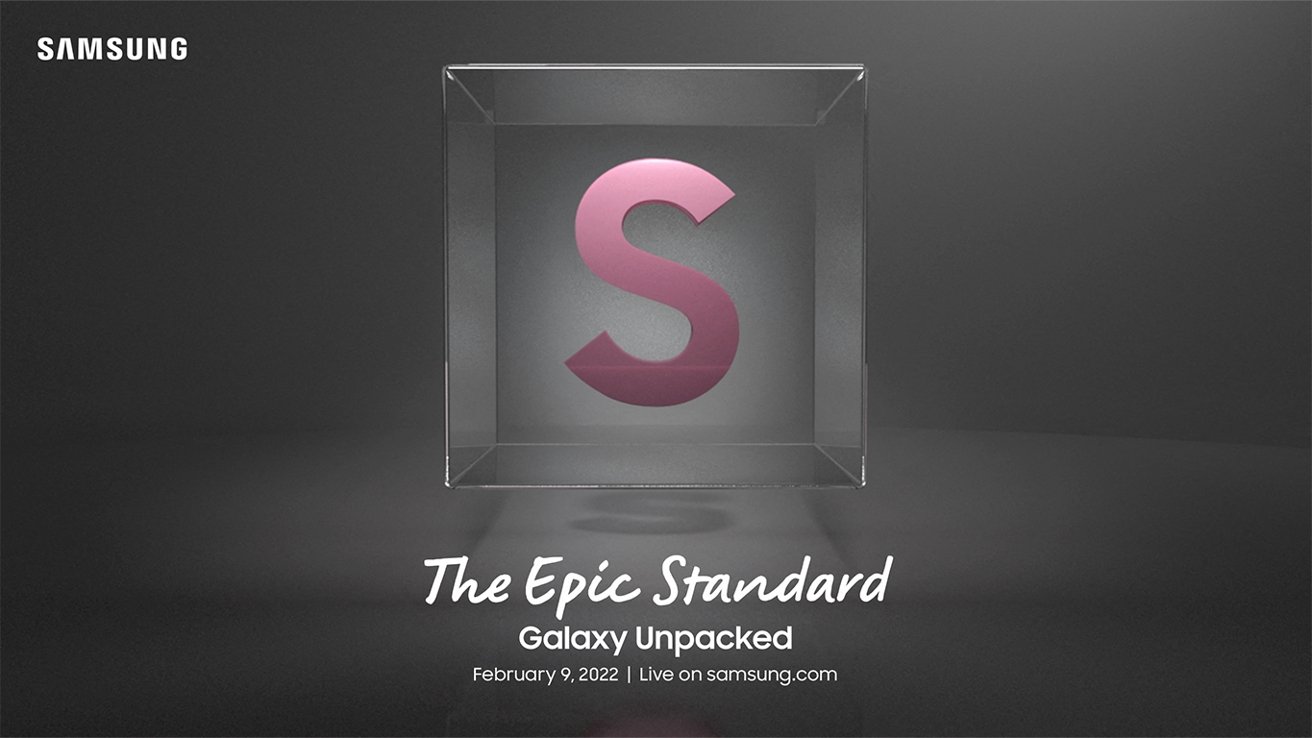 According to Samsung, the company "will set an epic new standard for smartphones with the most noteworthy S series ever created."

Samsung's Galaxy S22 will likely be the product announced, provided that the company hasn't made any major changes to the naming standard.

As Engadget points out, there may not be massive changes to the new flagship smartphone this time around. However, it seems possible that there may be an onboard slot for the S Pen, which would signify the final end of the Galaxy Note line, as it has not been updated since August of 2020.

Those interested will be able to watch the event live on Wednesday, February 9 at 10 am ET on Samsung's website.