AppleInsider
Posted: May 18, 2022 6:18PM
in iOS
Apple Arcade has over 200 games available to play with no ads, no in-app purchases, and a constant flow of new content. Here's AppleInsider's top ten games to try in May 2022. 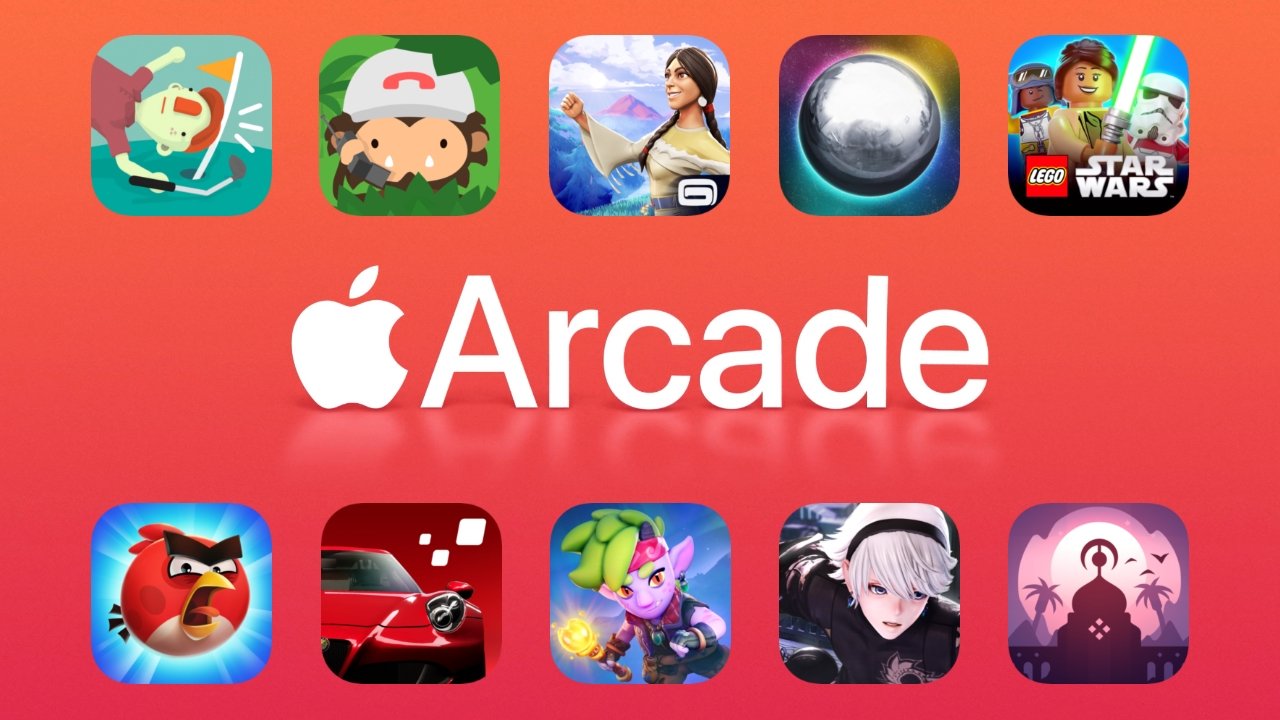 When Apple first announced Apple Arcade in March 2019, it seemed the company was finally acknowledging an industry it had otherwise ignored -- gaming. While the service hasn't revolutionized the space as some had hoped, it created the perfect place to find quality mobile games.

Apple Arcade is just that, an arcade full of bite-sized games looking to grab your attention for only minutes at a time. Some could take hours to master and achieve 100% completion, while others merely exist to fill two minutes in a line for coffee.

With at least one new game releasing every Friday, it can be challenging to gauge what's worth your time. We've gathered some of the biggest titles from across the entire Apple Arcade lineup, old and new.

"What The Golf" is one of the best pick-up-and-play mobile games because of its simplicity and humor. It's ok if you hate golf video games because this is the furthest you can get from golf while still having it in the game title. 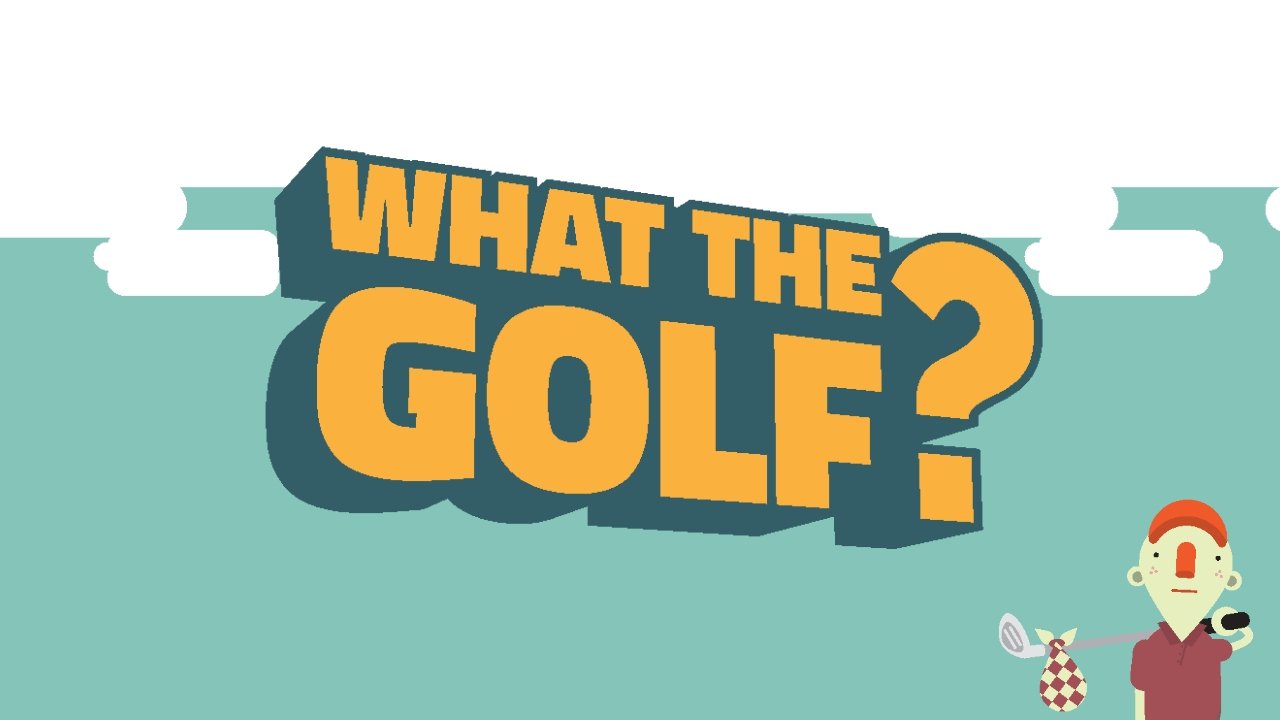 Progress through levels with increasingly challenging puzzles using physics-based gameplay that resembles golf from time to time. Generally, you're given a number of "swings" to get your object to the goal while avoiding obstacles. Sometimes it's a ball navigating a course, but more likely, it's an office chair navigating traffic.

If you're just checking in for a minute or two, the daily challenges are a perfect way to waste some time. There are also new levels and prizes added regularly through updates.

One amazing feature every app maker should copy is the "show a friend" function. This pops you into an introductory level that showcases exactly what the game is about.

"Sneaky Sasquatch" lets you dive into the shoes, or feet, of a Sasquatch hiding out near a small town and campsite. You'll sneak around, disguise yourself as a human, take a driver's test, adopt a dog, work as a security guard, or discover pirate treasure. You know, Sasquatch stuff. 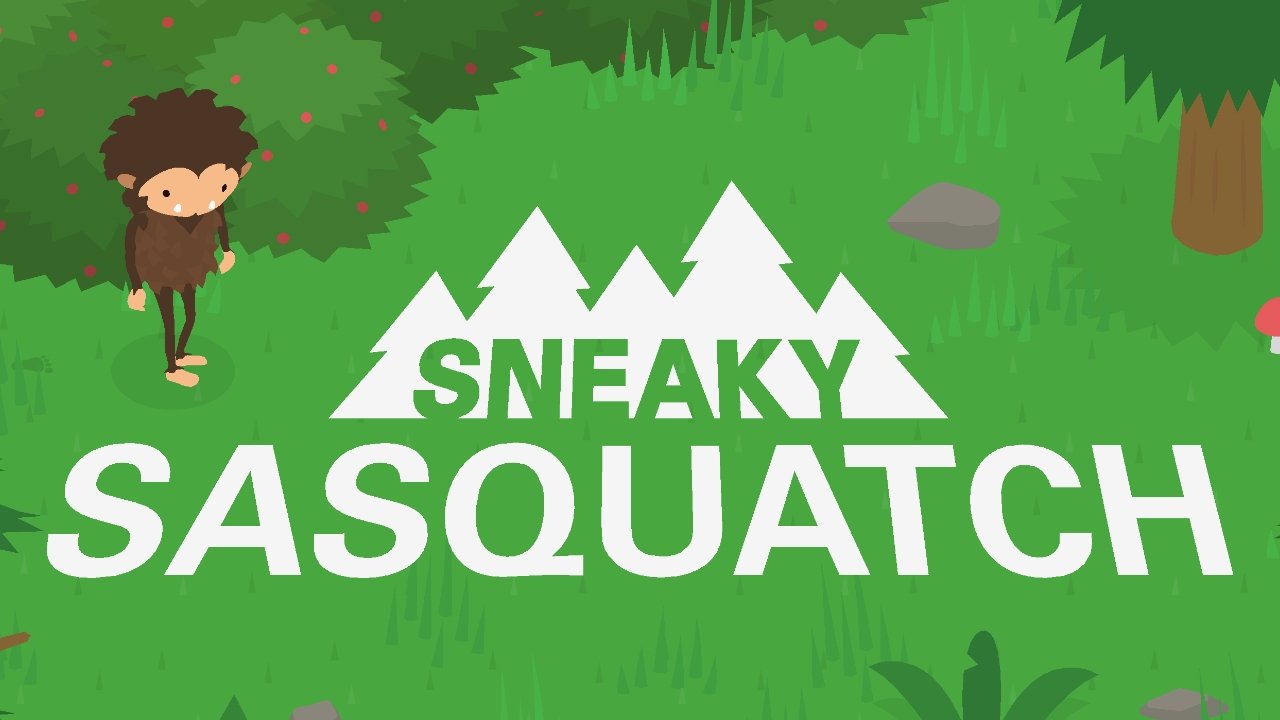 This game is a hit for kids and adults alike because of its frivolous attitude and easy-to-learn gameplay. The game is reminiscent of "Untitled Goose Game," but takes on a new level of absurdity.

Apple awarded "Sneaky Sasquatch" with Apple Arcade Game of the Year in 2020, and the game has only improved since. There are constant updates being made with new content, adventures, and challenges.

"Wonderbox" takes a few genres and meshes them into a cute toy box built for adventure. Find a weapon, fight monsters, solve puzzles, and find your way to the goal in this "Zelda" meets "Little Big Planet" game. 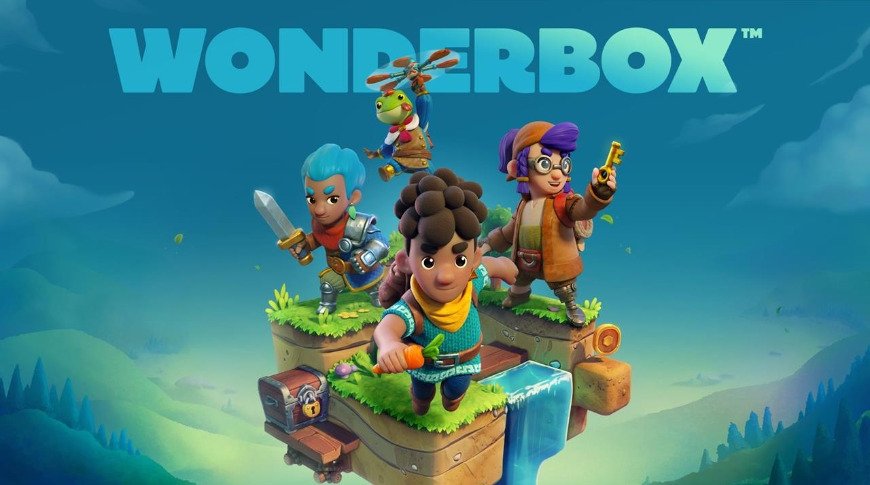 The base game has a series of campaigns designed by the developers to tell multiple short stories. New stories are added regularly, but that's only a small portion of this expansive game.

By playing through campaigns, players will unlock new sets, objects, and weapons to create their own "Wonderbox" adventures. And if you're not interested in designing your own, there's a multitude of levels available from other creators in the Adventure Gallery.

Play through any world alone or with an online party of friends. Each level is an isolated world with its own items, so you'll be starting fresh each time and the level will provide what you need to finish. You can jump in for minutes or hours in this dynamic game.

"Oregon Trail" is a faithful recreation and update to the classic game. Find all of the original gameplay mechanics with some quality of life updates, new modes, and all-new graphics. 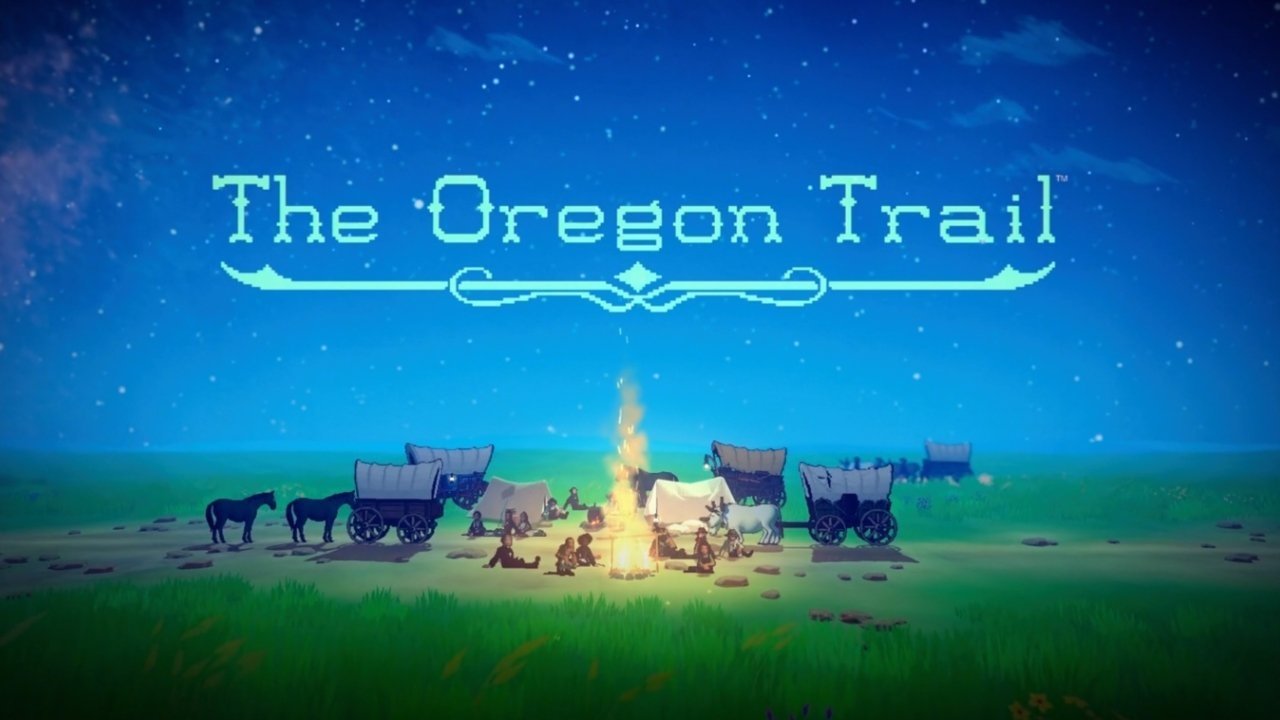 You'll have 15 playable journeys to choose from with 7 quests inspired by historical events. Avoid classic hazards like broken limbs and dysentery or try the new fishing mini-game.

Returning fans and new players alike will find a mountain of content to play through with new features added regularly. Accessibility options like high-contrast mode and text-to-speech make this game more approachable for all gamers.

This is a must-have in any gamer's library for those who appreciate where video games began and want to experience how it has evolved. 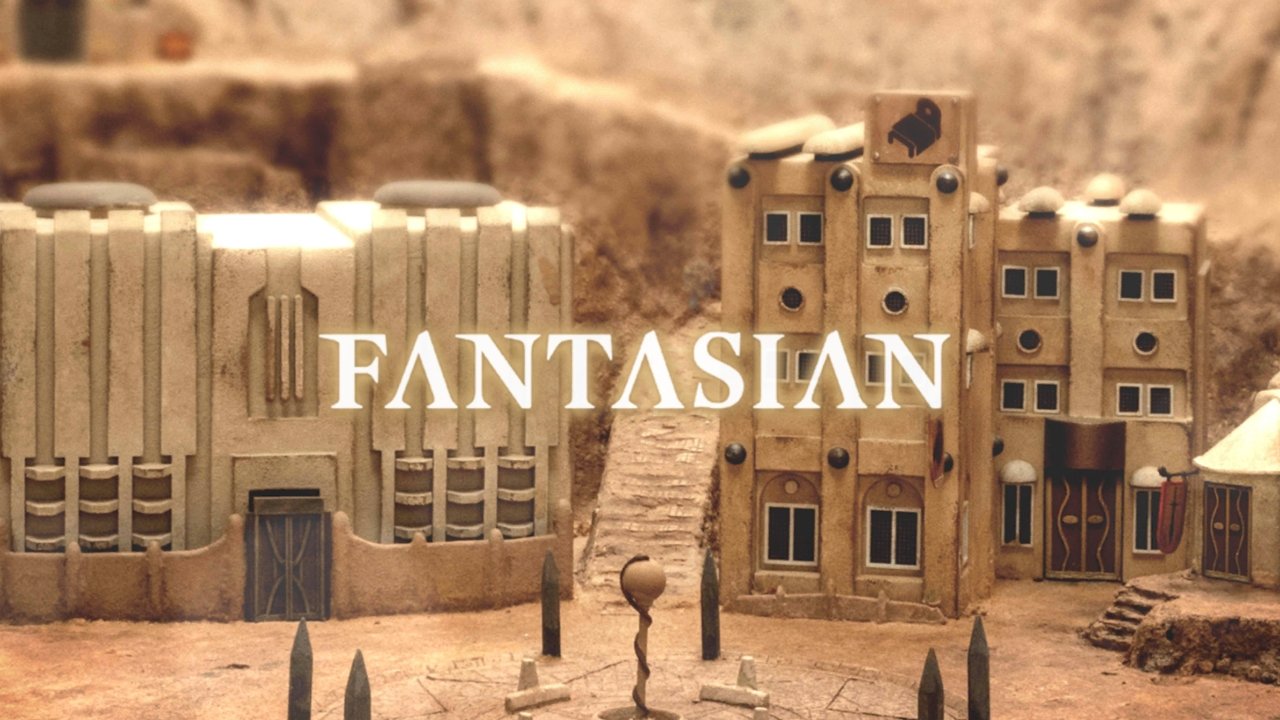 Experience turn-based battle mechanics with a new twist -- the Dimengeon Battle. Turn off random encounters and "collect" enemies until you're ready to take them on all at once in a large-scale multi-enemy battle.

"Fantasian" was created by the industry legend Hironobu Sakaguchi, known as the creator of "Final Fantasy." Every level in the game is built from nearly 160 hand-crafted dioramas. It acts as a love letter to the JRPG genre throughout.

"Alto's Odyssey" is a single-button "sandboarding" game with an infinite-runner component. Play as Alto and journey through desert, canyons, and temples as you propel ever further downhill. 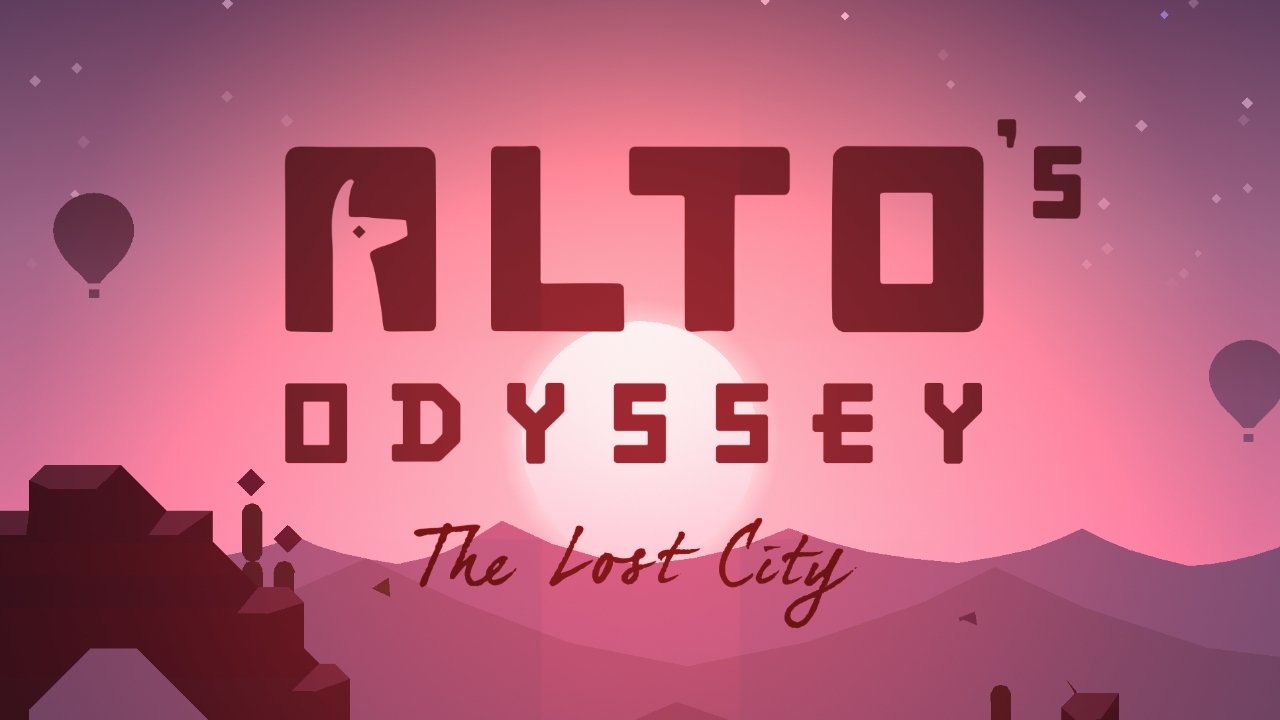 Simply tap to jump, hold to do tricks, and release to land just in time to keep moving forward. You'll scale walls, grind on vines, and even glide through the air as you traverse the ever-changing environment.

This game is perfect for those moments when you need a distraction without needing to dive into a complicated game mechanic. Simply open the game and tap to begin your next run through the desert.

"Angry Birds" was among the first games to revolutionize what "mobile gaming" would become. This new title in the long-running series is another evolution of the classic game. 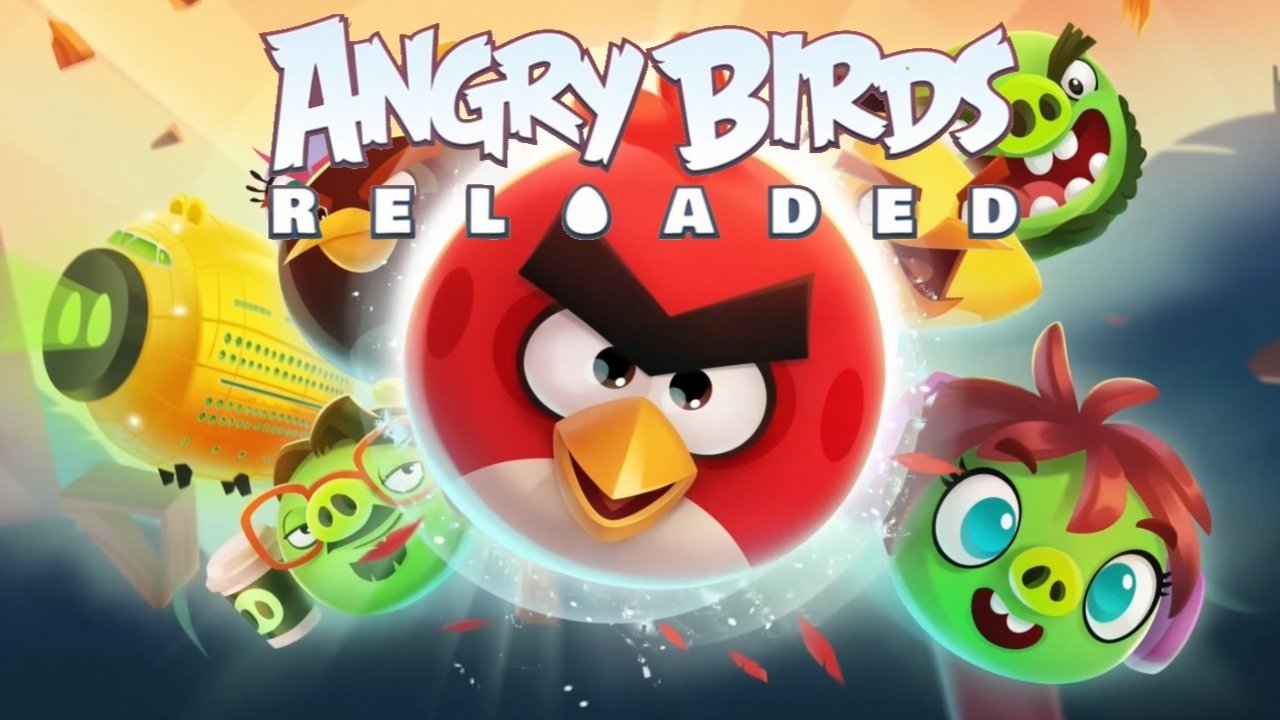 These non-flying birds are angry at the pigs and want revenge. Load a bird in the slingshot, aim, and fire using each bird's ability to target weaknesses in the pig's forts.

The simple one-touch game mechanic, cute animation, and addictive gameplay add up to a still-fun game even after over a decade on the market. "Angry Birds Reloaded" also offers different profiles so if you want to pass the game to your child, you don't have to worry about them beating all the levels for you.

"Zen Pinball Party" offers a collection of carefully crafted pinball tables featuring popular brands and classic themes. Play tables inspired by "How To Train Your Dragon," "Peanuts," and "Trolls," or dive into classics like "Attack from Mars," "Medieval Madness," or "Champion Pub." 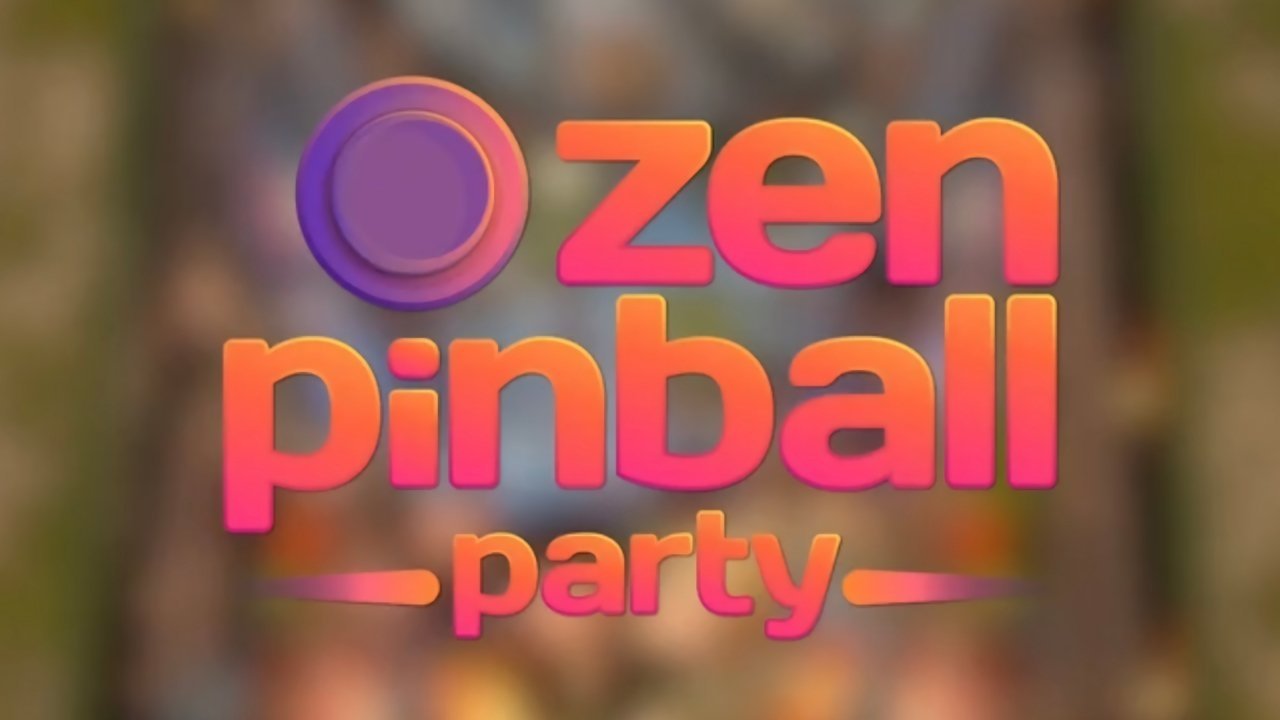 Feel every bounce, smack, and roll with quality haptic feedback when playing on an iPhone. Or notice the detailed graphics while feeling like you're holding a pinball machine in your hand on an iPad.

We're big pinball fans and even though you can't quite recreate the physical nature of playing pinball on a digital device, "Zen Pinball Party" gets close. New tables are added regularly and in-game events challenge you to up your game as you try to climb the leaderboard.

"Lego Star Wars: Castaways" is a sprawling adventure game with persistent online multiplayer. Customize your minifigure using hundreds of parts from across the "Star Wars" universe then jump into the island full of other players and play together in races, battles, and simulations. 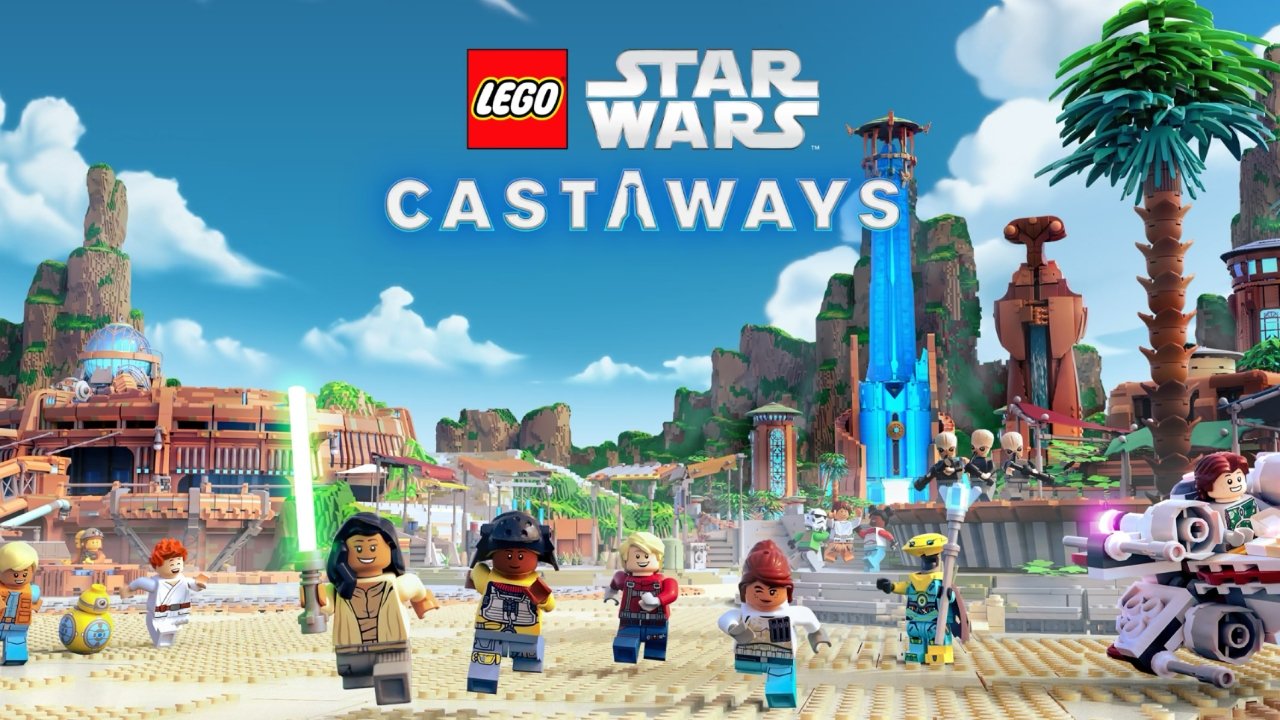 Relive key moments from throughout the "Star Wars" franchise using the simulator and unlock the mystery behind the threat to the castaway island. This online social game is safe for anyone thanks to its randomized naming system, lack of chat, and code-based group system. Also, this game is 100% playable offline for those looking to play on the go without data.

Unlike other "Lego Star Wars" games, this one takes on a more MMO-style of quest giving with an overworld and multiple gameplay modes. All in-game items are acquired through gameplay and cannot be unlocked using real money, so there's less worry for parents and their wallets.

"Gear.Club: Stradale" presents itself as a racing simulator for mobile with high-quality graphics and a good physics engine. It is rare to see a quality racing entry for iOS, so "Gear.Club" is a welcome alternative to the long-standing "Real Racing" and "Asphalt" series. 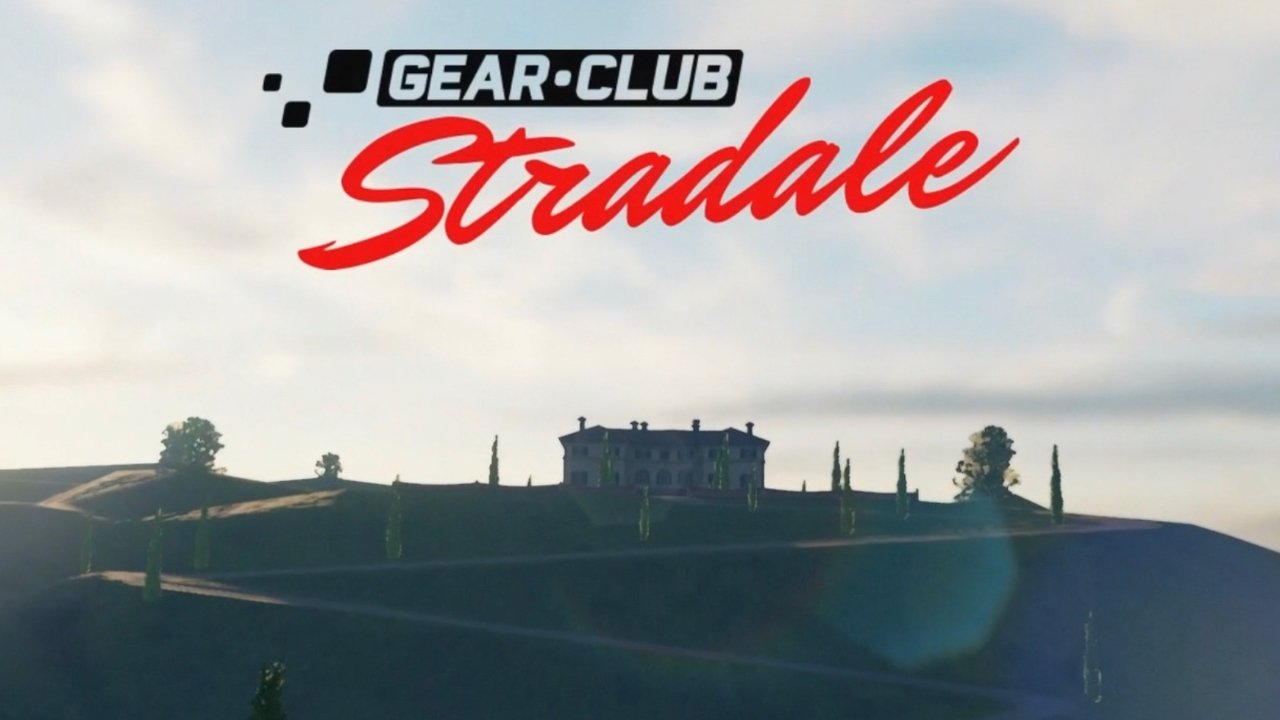 Like other "Gear.Club" games, you'll join a club consisting of other real players and your collective progress will improve your club's status. Participate in races, unlock new vehicles, and gain a reputation as you compete through the game's many events.

Compared to other racers on mobile, "Gear.Club: Stradale" offers great graphics and physics in a new setting. This is the only racing game on Apple Arcade that takes a more serious approach to its driving mechanics, and it is a breath of fresh air to play a mobile racing game without timers and a constant push for in-app purchases.

For a more arcade-style racer, try out "Asphalt 8: Airborne+."

Whittling the Apple Arcade library down to just ten options is a near impossible task for us game fans. There are so many quality choices that there's sure to be a handful of games that capture you in Apple's selection.

Casual gamers will love the wide variety of simple games like "Solitaire by MobilityWare+," "Pro Snooker & Pool 2022+," or "Mahjong Titan+." More hardcore gamers will fall in love with titles like "The Last Campfire," "Guildlings," and "Oceanhorn 2."

Plenty to choose from

Apple has made it simple for users to get Apple Arcade from its $4.99 subscription to being included in every tier of the Apple One subscription bundle. Every game that is released is ad-free, in-app purchase free, and updated regularly.

Parents and kids alike will love the wide selection of games that don't monetize chance or push for increasingly time-consuming monotonous tasking. After trying the ten titles we've listed above, be sure to check back frequently for new titles or dive into the massive back catalog.