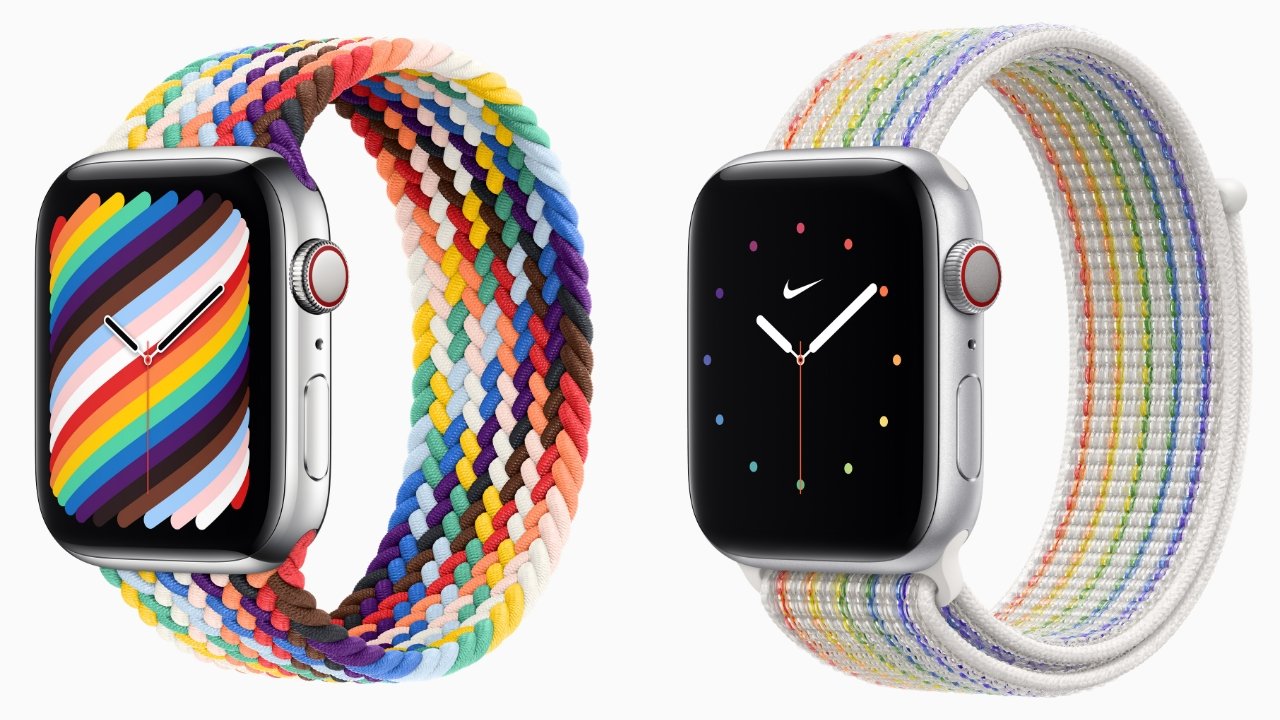 The new 2022 Pride bands for Apple Watch, which celebrate the LGBTQ community, are expected to launch fairly soon. Bloomberg's Mark Gurman stated that the new watch bands should arrive "later this week."

Apple has released Pride-colored bands since 2016. The company typically announces the new colorways -- and corresponding watch faces -- a couple of weeks ahead of Pride month.

In 2019, Apple launched a rainbow version of the Sport Loop alongside new Pride watch faces.

The 2020 edition included two Sport Bands in the collection, one of which was developed in conjunction with Nike. A braided Solo Loop featuring the expanded colors of newer Pride flags joined a Nike Sport Loop alongside new watch faces in 2021.