AppleInsider
Posted: June 5, 2022 3:42PM
in Current Mac Hardware
Apple's update to the MacBook Air could ship between 6 and 7 million units in the second half of 2022, according to TF Securities analyst Ming-Chi Kuo, who also believes the color range for the model won't be as expansive as previously claimed. 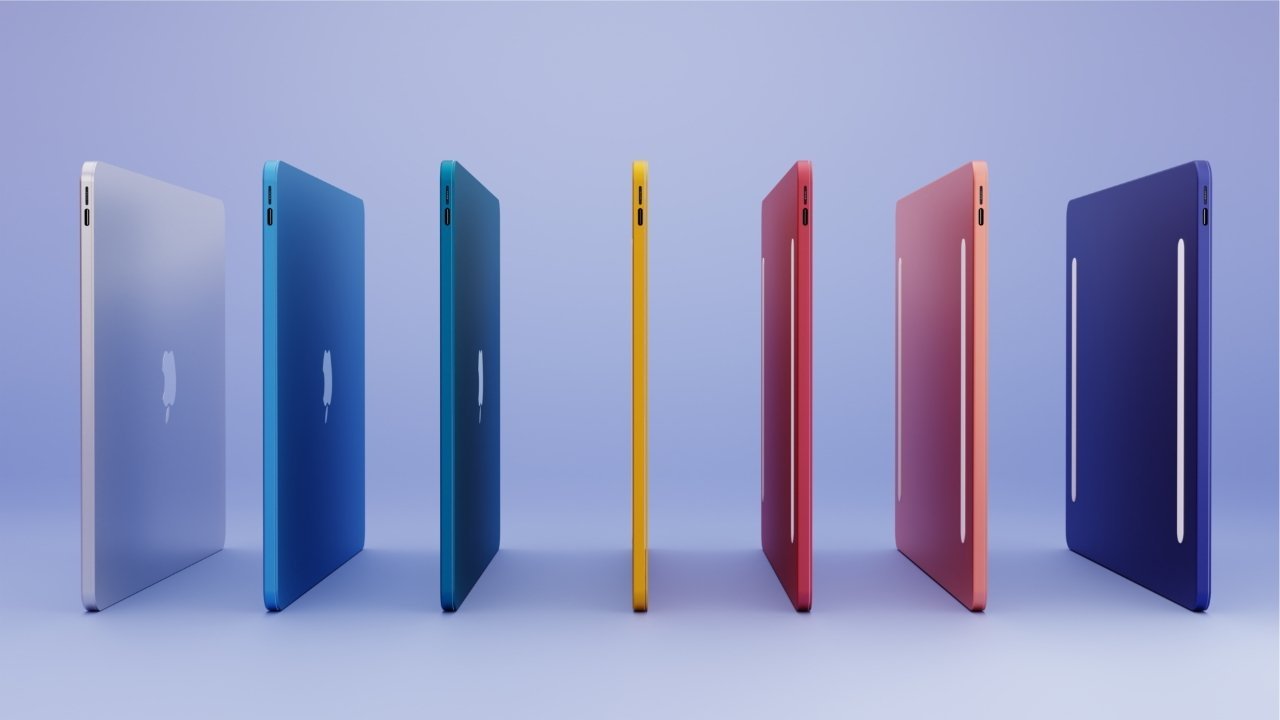 The MacBook Air is currently expected to surface as part of the WWDC 2022 keynote on Monday, with the model thought to be made available in more colors than normal. In comments made on Sunday, one day ahead of the keynote, Ming-Chi Kuo offers that recent suggestions of a more refined color palette could be right for the model.

Agreeing with comments made by Mark Gurman on Friday that the MacBook Air will be offered in only a few colors, Kuo doubles down by offering Apple will "more likely offer three standard color options and probably plus one new color, rather than the rainbow style like the iMac as the market expects."

Current speculation has those colors being the usual Space Gray and Silver, as well as a new champagne-like gold option and a blue.

(1/2)
Agree with @markgurman. The new MacBook Air (MBA) will more likely offer three standard color options and probably plus one new color, rather than the rainbow style like the iMac as the market expects. https://t.co/4oyrHrEl9L

Along with the color claim, Kuo also offers shipment forecasts for the model. It is reckoned that the MacBook Air may achieve shipments in the region of 6 million to 7 million for the second half of 2022.

This shipment estimate is only going to be accurate if Quanta can bring the capacity of its Shanghai operations "back to pre-lockdown levels before 3Q22." Following lockdowns, there have been two riots at its Shanghai MacBook Pro plant, protesting over working conditions under the new measures.

Also, with the MacBook Air assembled by Quanta with Foxconn as a secondary partner, Kuo thinks delivery for the model should be better than that of the 14-inch MacBook Pro and 16-inch MacBook Pro, which are currently shipped only via Quanta.