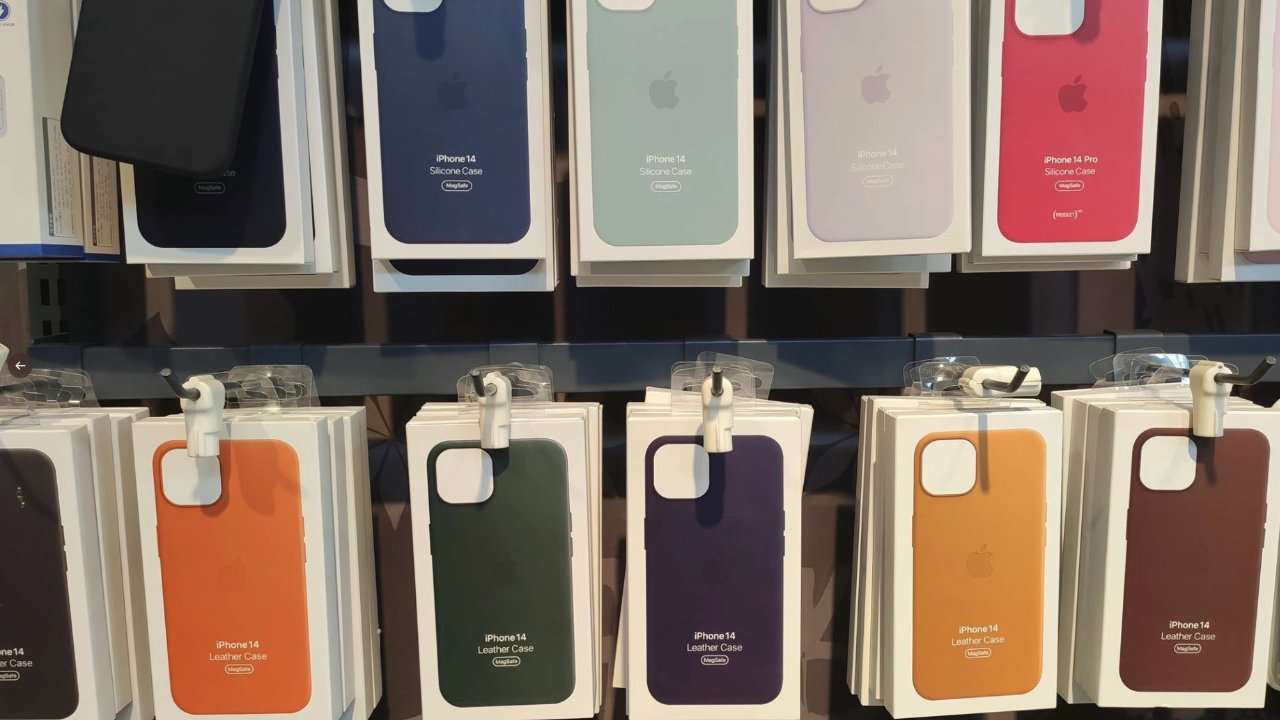 Ahead of Apple's September 7 launch of the iPhone 14 range, a leaker is claiming to have final details of the various colors that Apple will sell as accessory cases. Leaker Majin Bu has previously detailed other case colors, such as the February 2022 addition to those for the iPhone 13.

Now I can say with 99% confidence that the iPhone 14 Case colors you saw in previous tweets will be official. iPhone 14 Max will probably only be called Plus pic.twitter.com/nM3Y95broQ

As well as a shot of iPhone 14 cases in a retail store, the leaker presents two main images of the cases. One looks as if it could be from Apple's online store.

The image that looks as if it could be from Apple's online store materials shows cases with six colors:


Leaker Majin Bu says that he has "99% confidence" that these colors are correct.

Apple is most likely to unveil its complete range of case colors on its online Apple Store, immediately following the September 7 unveiling of the iPhone 14.