AppleInsider
Posted: October 25, 2022 4:18PM
in General Discussion edited October 2022
Pages, Numbers, and Keynote have been updated to work with Apple's new macOS, iOS, and iPadOS releases, along with new functions in all of them. 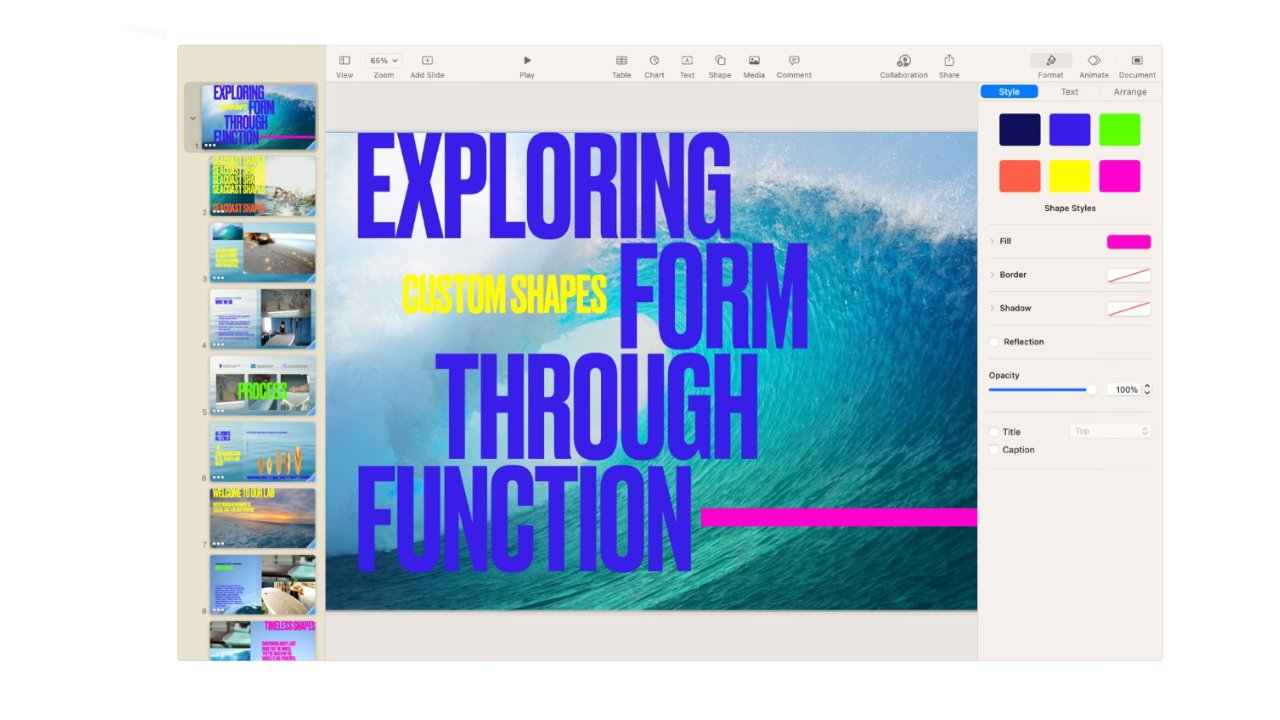 Alongside the new updates to video editing apps Final Cut Pro and iMovie, Apple has now released its whole iWork suite to take advantage of features in macOS Ventura, iOS 16, and iPadOS 16.

New features for all apps

All three iWork apps, across both the Mac and iPhone/iPad, have certain new features in common:


The Mac versions also all allow you to manage collaboration from within the File menu.

Pages 12.2 for iPad takes advantage of the new customizable toolbar in iPadOS 16. Users can get to favorite tools faster, and also insert images quicker.

For both iPad and Pages for Mac, there's also a new Blank Layout template, as opposed to the familiar Blank Document. it's intended to make it easier to "start documents that let you freely arrange text and graphics."

In Numbers 12.2 for iPad -- and also Numbers for Mac -- the most significant addition is a series of new functions:

There's also an improved auto-complete feature, which now shows "suggestions based on the contents of other cells in the same column."

Keynote 12.2 for iPad has added the ability to style charts "with additional controls for colors, lines, and number formats." It's also revised the printing and PDF export features to provide more options.

As well as the ability to remove backgrounds from images, Apple's release notes also say that Keynote 12.2 for Mac can "remove or replace the background of live video for a dramatic effect."

The new versions of the iWork apps require macOS Ventura, iOS 16, and iPadOS 16.