Commonly known as a hybrid hard drive, Apple's version uses a 128GB SSD coupled with either a 1TB or 3TB hard drive. The two drives are "fused together with software" into a single volume to allow faster reads and writes without forcing a user to put down thousands on a pure flash-based setup. The feature is automatically supported by Mountain Lion, though it is unclear if the company will be extending the Fusion Drives to other machines. 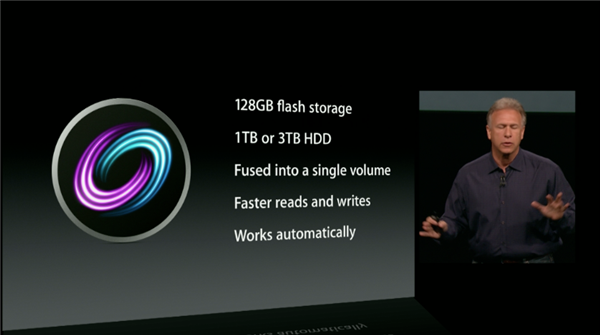 Basically, hybrid drives calculate which apps are used most and place those assets on the faster SSD, while less frequently accessed files or software are stored on the capacious one or three terabyte hard disk drive. For example, disk-intensive tasks like booting up OS X to launching recently-used apps are stored and facilitated from the SSD, while a spreadsheet file that hasn't been modified for two years will be automatically placed on the HDD.

Core applications and the operating system is permanently stored and accessed from the SSD, with the leftover space used for frequently-accessed files, folders or programs.

The file transfers from take place in the background dynamically, so the system is seamless and unobtrusive to the user. 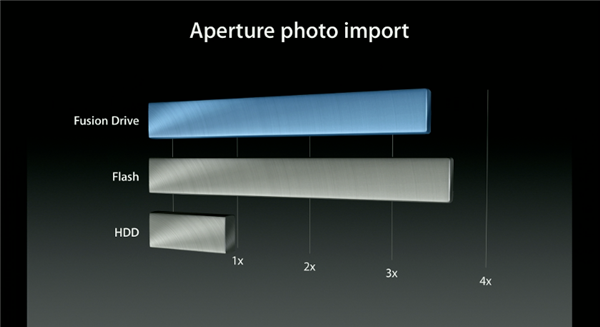