AppleInsider
Posted: June 12, 2017 5:32PM
in Future Apple Hardware edited June 2017
A report claiming Apple's "iPhone 8" won't supporting some next-generation connectivity generated some confusion about the new device's prospects -- but it really won't matter. AppleInsider explains the technology, and why the next crop of iPhones won't be impacted if Apple limits connectivity speed.

Apple not supporting the latest and greatest connectivity and speeds in networking isn't new. The iPhone 3GS shipped when LTE was coming out, and more recently, the Qualcomm modem in some iPhones was limited somewhat so that it and the Intel modem in some devices would perform the same across the board.

Couple Apple's periodic reticence to adopt the new technologies, some practicality hurdles, and the company's licensing battle with Qualcomm, and it actually seems probable that it won't support 4G Gigabit LTE, or 5G in the next batch of iPhones.

The so-called "5G" is the next wave of telecommunications coming from the carriers. There are no standards for the technology yet, with research going in a few different directions.

As promised the "5G Standard" demands 100 megabits per second for metropolitan areas, better spectrum efficiency, lower latency, and "tens of megabits" for tens of thousands of users.
How often can you say that you meet peak connectivity requirements now?
While the U.S. has set aside 5G spectrum, there's not much there, yet. There's no delivery technology standard, and Verizon and AT&T are part of the effort in the U.S. with competing efforts to set the standard for the future.

At the earliest, there will be 5G networks available beyond limited testing in the end of 2018. However, wide-spread use of the technology isn't expected until 2020 with deployments stretching well into the next decade. Where we stand today is not all that dissimilar to the initial 4G research a decade ago versus today's deployments. 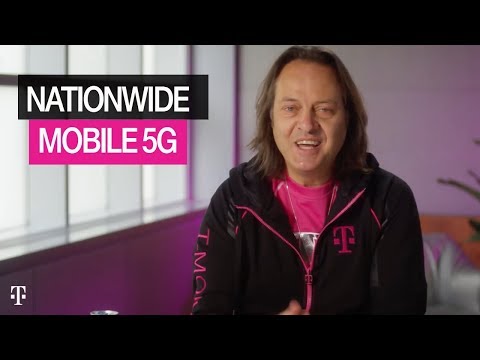 Qualcomm does supply chips for 5G, but not in any real quantity such as what Apple would need -- yet.

Gigabit LTE is the latest evolutionary step in the current 4G wireless standard. In theory, speeds can peak at 1 gigbit per second, but actual delivered speed is significantly less.

The first, 4x4 MIMO, is essentially multiple antennae in the same device to pick up a variety of signals. This leads into carrier aggregation allowing for multiple cell signals to be received by the phone. The third factor, 256QAM, implements a different modulation of the wireless signal, allowing for more data to be included per packet in the same amount of airtime.

The first US phone capable of connecting to 4G at Gigabit speeds is the Samsung Galaxy S8.

In the U.S., T-Mobile promised "up to double" non-Gigabit LTE connection speeds in "nearly 300 cities nationwide" when the Samsung Galaxy S8 launched. In actuality, and specified in the very small print on the bottom of the announcement, the speeds are available only in parts of the cities serviced by the technology, as cell tower upgrades to support it aren't trivial.

AT&T and Verizon promise deployments beyond a market or two at some point in 2017.

Promotional materials from T-Mobile and others promise two-hour movie downloads in 15 seconds. However, it's not that simple.

Fiberoptic internet provides, like Google Fiber, and FiOS Gigabit, can generously simulate 4G Gigabit LTE minus all of the pitfalls of a wireless transmission. Even given ideal circumstances, the test points out a key weakness of user speeds that fast -- possible peak reception is impacted by delivery speed.

Apple and Google servers in the dead of night deliver about 60 megabytes per second (0.48 gigabits per second) at fastest, with Amazon doling out about 65 MB/sec. These numbers drop to around 30 MB/sec during peak times. Other providers and servers are notably slower.

In our tests on a FiOS Gigabit wired connection, Netflix delivered about 30 MB/sec at best during times of low traffic, with Facebook doling out about 20 MB/sec. CNN delivers about 12 megabytes per second, with other top-tier providers falling off from there.

Even given a device capable of handling 4G Gigabit LTE with the phone user outside, with line-of-sight to a cell tower, in the limited service areas that support the technology, you still can't utilize the speed that the new technology delivers and remain in acceptable use policies -- today. And, how often can you say that you meet peak connectivity requirements now?

If you're in a more rural area, LTE speeds can only get faster -- but they won't until the carriers make it so.

We're not saying that 4G Gigabit LTE and 5G aren't important. The improvements to the networks for 4G Gigabit LTE pave the way to 5G, with carrier aggregation and 256QAM needed for all of the implementations so far.

In theory, the internet backbone will be enhanced as well to support use of the higher speed, mitigating the delivered speeds from server farms somewhat. But, this is not at all certain, given an assortment of factors ranging from lack of corporate will, or the actual physical ability to do so.