AppleInsider
Posted: May 24, 2018 4:44PM
in iPhone edited March 2020
Pioneer has launched two new CarPlay-compatible receiver units, both of them including a rare feature in the CarPlay world: wireless compatibility. 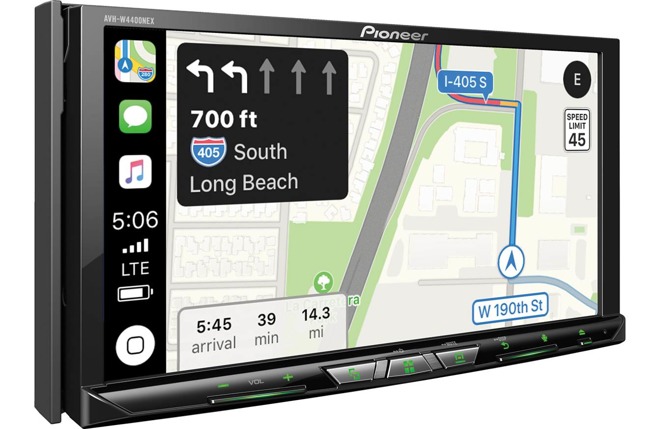 The AVH-W4400NEX has a 7-inch resistive touchscreen, and features like Bluetooth, SiriusXM, two USB ports, and SD card support. A CD/DVD drive is also present for people using physical media.

The AVH-W8400NEX is largely identical, the major addition being a capactive touchscreen. Whereas resistive screens detect pressure, capacitive ones use only the electrical signal from a human finger, making them more responsive. The latter technology is used on most smartphones and tablets, such as Apple's iPhone and iPad. 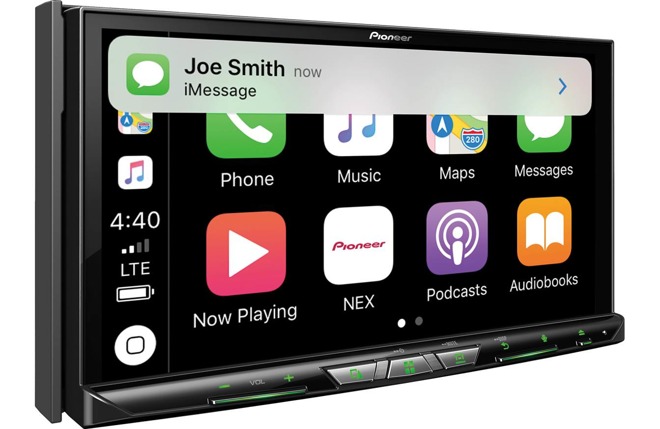 Wireless CarPlay has been extremely rare so far, the first aftermarket option being the Alpine iLX-107, released just last June. BMW was the first automaker to offer native wireless though, beginning in 2016.