AppleInsider
Posted: February 5, 2019 9:19PM
in iOS edited February 2019
The final list of new emoji that will be added to the roster in "iOS 13" and "macOS 10.15" in 2019 has been decided upon by the Unicode Consortium, with the 230 messaging icons including some proposed by Apple depicting disabilities. 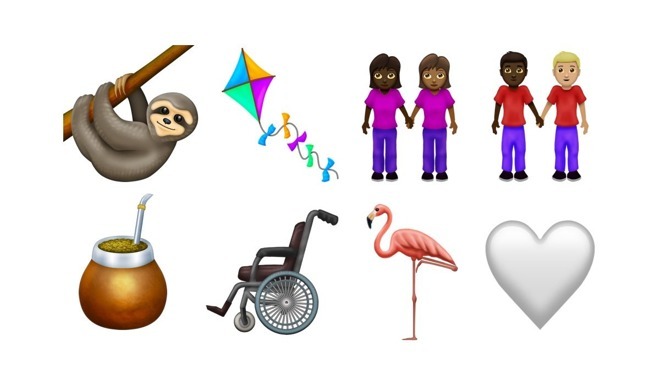 The sixth major refresh of the emoji collection since its creation, the list of new additions in fact consists of 59 unique new emoji symbols. The roster also includes 171 variants for gender and skintone, bringing the full number available to 230.

The vast variety of symbols with significant numbers of variations are those depicting people, with those under the "person-activity" and "family" list making up the majority of the additions, images compiled by Emojipedia reveal.

The former category includes a number of disability-related emoji, including women and men in manual and motorized wheelchairs, as well as those with a probing cane. The inclusion of these symbols was made at the suggestion of Apple in March 2018, along with other symbols including mechanical arms and legs, an ear with a hearing aid, and a gesture-related one identified as "deaf person." Lower down the list, related entries for guide dog and service dog are also available for use.

The "family" section consists of four versions of people holding hands, including pairings of a woman and man, two women, two men, and two people.

Other notable additions include multiple modes of transport, a hindu temple, assorted food and drinks including waffles and juice boxes, assorted swimwear, and a selection of geometric shapes.

The emoji have been decided upon after multiple revisions by the Unicode Consortium, which anticipates the new images to appear in mobile operating system updates this fall. Given the timing, it is likely that Apple will include them as part of the update to iOS 13 at around that time.
«12»