Here's why your AirPods battery life is getting worse, and what you can do about it

AppleInsider
Posted: March 11, 2019 12:47PM
in General Discussion
If you got AirPods at launch in late 2016, you're likely now only able to listen to them for less than half the time you did without recharging. AppleInsider tells you what's going on, and what you can do about it. 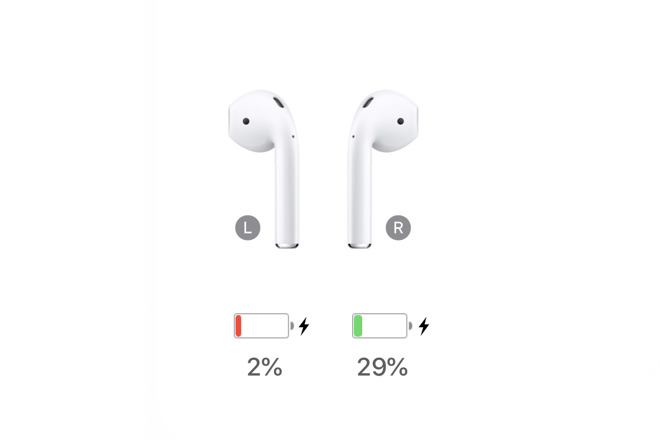 Spoiler: this was the charge on a pair of late 2016 AirPods after two hours of use

We're now into the third year since the AirPods were released and almost everything is exactly the same. We still love them, we are still forever marvelling at how great they are. True, we're also still conscious that they're expensive, but even after all this time, few companies have tried to provide the same quality in anything approaching this price.

Unfortunately, there is one thing that is significantly different -- and that's battery life.

Back in December 2016 when they were launched, you couldn't pry these AirPods from our ears. However, in 2019, you can take those original pairs much more easily by just waiting a while for their battery to die.

If you've had your AirPods for a couple of years, then you've gotten used to how their initially brilliant battery life reduces over time. However, you're unlikely to have ever got out a stopwatch to see the difference -- so we did that for you.

It's impossible to be completely statistically accurate about how long AirPod batteries last because it depends on too many things. If you make or receive phone calls via your AirPods, for instance, you will of course drain the battery faster. If you take them out and leave them on your desk without playing anything, they will drain anyway. Yet, if you store them back in their case whenever you're not listening, you are also recharging them.

So for some measure of comparison, we played continuous music and took no calls using one pair from December 2016 and another from August 2018.

Right from the start

Of course we charged up both pairs of AirPods but only the 2018 pair actually got to 100 percent. While the case on both could be fully charged, the 2016 pair only went to 98 percent for the left AirPod and 99 for the right. 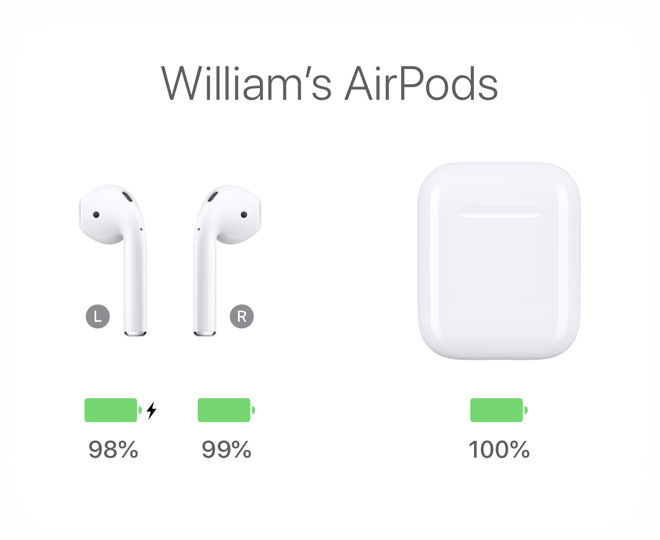 Nothing will get these 2016 AirPods up to 100 percent charge

There is always a difference between the left and right AirPods in any pair and it can be for a couple of reasons. Certainly when you make calls, only one AirPod acts as a microphone and so its charge goes down faster. It's possible, too, that Apple sends audio to just one of the AirPods and then that relays it to the other.

Apple doesn't state that but the AirPods are two distinct devices that appear to use just the one Bluetooth connection so it's possible and would make sense.

Those 2016 AirPods first gave us that baleful low battery sound after one hour and 19 minutes. We got a second at one hour and 59 minutes. Then at two hours, 6 minutes, they died. 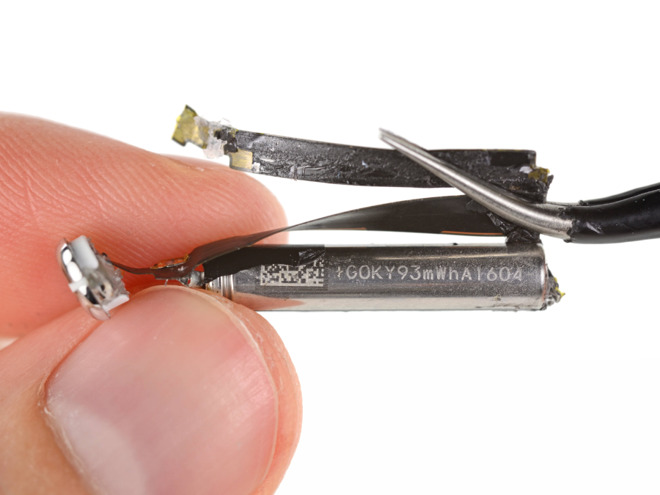 Both 2016 AirPods died when the left one ran out of charge. This does mean that it's a little pointless knowing the charge on both, but Apple does usually give you an average of the two together. If you put the AirPods back in their case, close the lid and then reopen it, your associated iPhone shows a graphic of the charge and that's usually an average for the two AirPods.

It's only when you pull one out and you get the detail for both.

Even putting the AirPods back in the case long enough to check that graphic did change the result, though. That moment in the case will have recharged the AirPods a little so we can only say that the 2016 pair lasted around two hours, we can't be more precise.

That's less than half Apple's stated battery life for a new pair -- and none of this is surprising.

You already know that batteries deteriorate over time -- that's why we had the whole issue with iPhones in 2017. AirPods batteries are so small, that what would be a minor chemical depletion or other deterioration on an iPhone would have a marked effect on the AirPods battery life.

You can think of it the same way you would any physical damage. If an iPhone battery had a spot of battery damage the size of a ball-point pen tip, you couldn't notice the difference in life. Yet, with an AirPod's tiny battery, that same size problem is automatically more significant just because of the smaller battery volume.

Related to this, a source inside Apple who is not authorized to speak on behalf of the company, told AppleInsider that "Batteries aren't forever, and the smaller they are, the less eternal they are. The batteries in each AirPods bud is something like 1 percent of the volume of an iPhone [battery]."

You can understand Apple being skittish about advertising AirPods as losing half their battery life in two years, but these headphones are too expensive to be considered disposable.

"If you've got a dead or dying battery in an AirPod," said the same source inside Apple, "bring it in to the Apple Store with your proof of purchase if you didn't buy it directly from us, and store-stock depending, you'll walk out for a replacement single bud with a new battery for $49."

But here's the problem -- AppleInsider readers have told us that when they've gone in with what is clearly a dead battery, they're being charged the $69 out-of-warranty fee.

Apple should at least be clearer about this, and that includes to its own staff. In phone calls checking out the procedure for bringing in your AirPods to replace the battery, AppleInsider had to tell Apple retail and support staff that this service program exists.

What you can do

This is not a new program nor is it a short-term one. So if you have an ailing battery, you could go to an Apple Store now -- but maybe you should wait just a little longer. It's great that Apple has any kind of service program for this, but it is not the bargain it can be with replacement iPhone batteries.

That $49 replacement cost listed is for a single AirPod bud. In our example, the left one from 2016 is drastically worse than the right one but neither are close to what they originally were. Since the AirPods die whenever one of the two batteries does, we need to replace both. That's immediately a $98 total charge or 60 percent of the cost of buying a new pair.

If you're forced to dole out the $69 per bud, that isn't tipping the math in your favor.

It also seems likely that Apple is going to update the AirPods and perhaps soon. We do know that there will be a wireless charging case for them whenever the company finally launches its AirPower charging pad, for instance, because Apple has said so. Even if a more substantial update doesn't happen until later in the year, it's worth waiting to see the cost of that new case.

Apple is expected to include that wireless case with all AirPods from whenever it's released. However, it's also likely to sell the case separately so that existing AirPod users can replace their old one.

Unless that case is sold for substantially less than $61, then a new case plus replacement AirPods is likely to cost around the same as a new pair. In which case, you'll be better off buying a new set and keeping the old one as a spare.