Apple Card will be the most secure credit card ever, and here's why

AppleInsider
Posted: April 2, 2019 3:26PM
in General Discussion edited December 2019
With the introduction of Apple Card, Apple will bring its security and privacy technology to the credit card industry. From when you apply to when you buy anything, Apple owns the whole process. That's going to protect us from fraud -- and also from ourselves if we misplace the card. 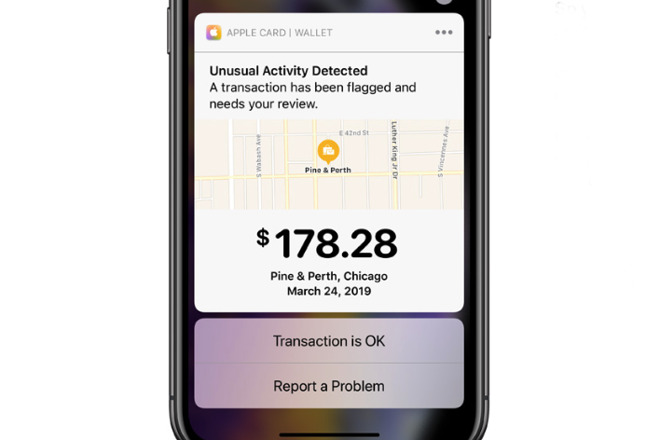 You can track all your spending, but unexpected ones will get you an alert

You have to admit that Apple is very, very good at taking something that already exists and making it so much better that you wonder why it wasn't always like that. The iPhone is the biggest example, but there's also the small yet perfect touch of the way you change straps on the Apple Watch. Now there's also the credit card and whether Apple Card is the best one for you or not, it has fixed issues everyone else has just put up with.

We've had credit cards for decades and yet we're still stuck phoning the bank if they get stolen. We're still in a bind if we believe the card's been stolen but we find it -- after we've cancelled it.

And just in general use, we are forever having to tell or show people the long number on the front and then the last three or four digits from the back.

Apple Card has fixed all of this -- although it's chiefly done it by taking the actual card out of the equation as much as possible.

There is the titanium Apple Card and you will get that if you sign up for the credit card and are approved. However, Apple is doing all it can to get you instead using Apple Card via Apple Pay on your iPhone, Apple Watch or, increasingly, online and on your Mac.

Regardless of how you use Apple Card, though, all of Apple's security and privacy is there to protect us. When you buy something, you confirm it's you by the iPhone's Face ID or Touch ID. Or if you're using an Apple Watch, the wrist detection on that knows whether you have or haven't taken off the watch since you last entered your passcode into it.

Whichever device you're using, you've authenticated through a biometric method. Your fingerprint or your face or your wrist-and-passcode are required before a purchase can be made on your Apple Card.

You can see that the Apple Watch is necessarily the weakest device here. Someone does still have to steal it off your wrist and also know your passcode, but it could be done.

However, if that happens, you can just turn off Apple Card and stop it being used. Go to Find My iPhone on another device or on icloud.com and remove the card.

You can already do this today with whatever credit cards you have registered on Apple Pay on your device. Except you can only remove them from Apple Pay. A thief then can't use your Apple Watch to buy anything, but if they were thorough and also got your physical credit card, they could still use that. They'd just be charging purchases direct to your American Express or whatever. 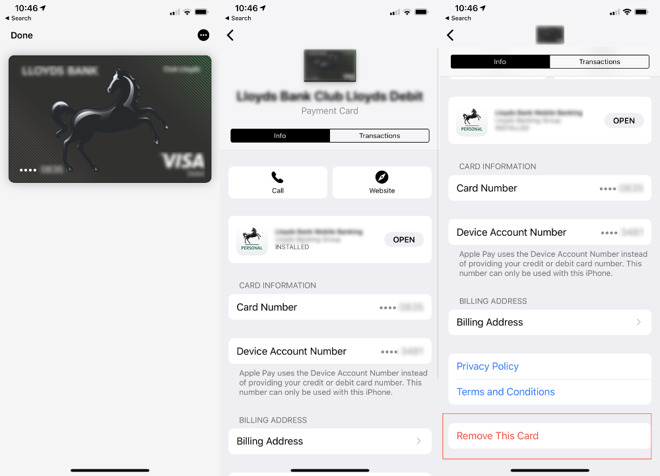 You will be able to remove or suspend Apple Card to stop it working if it's stolen. Here's how you can already stop a card being used for Apple Pay.

Whereas with Apple Card, Apple says that you will be able "to freeze it and order a new one right in the Wallet app."

You'll also be able to suspend an Apple Card and then restore it when you find that you just misplaced it.

There are other banks and credit card companies that offer quick ways to halt or suspend use of their cards, but Apple's got it down to a couple of taps on your iPhone.

This means that a thief making off with your physical card cannot spend your money -- if you know they've done it. It may be quick to turn off a card, but maybe you won't notice for some hours that they've been stolen.

Plus Apple Card will also alert you to unusual spending. Say you're normally in New York but today you bought lunch in Beirut without first buying a plane ticket there. You'll be alerted to it and able to confirm that it was or wasn't you enjoying the dining at Mayrig Beirut on Pasteur Street.

Again, other card companies and banks offer this, but very often it is ferociously tedious. You suddenly find that your card is blocked just when you need it and good luck finding the right phone number to complain on. Or you may have a bank that calls you with an automated message that slowly goes through asking you to confirm the last few transactions you made.

With Apple Card, you'll get an alert notification called Unusual Activity Detected. It shows you the amount, date, place -- both as an address and a map -- and then two buttons. Tap either Transaction is OK or Report a Problem and that's it. All done.

With no number on the card, it could be tricky when you're ordering pizza over the phone and are asked for one. It's the same when you're buying from an online store that doesn't accept Apple Pay and have to provide a number.

While Apple Card is already known for being the credit card without a number, though, the truth is that it has many of them. The number in the magnetic stripe on the physical card might be thought of as your actual credit card number, but the Wallet app will show you a different, virtual number.

When an online store needs a number and a confirmation code, the three digits from the back of the card, you can read these virtual ones off the Wallet app and they will work just fine. You can enter those into store accounts, too, and the virtual number will continue to work until you decide to stop it.

If you're ever suspicious about a vendor for any reason, you could also have Apple Card generate you a replacement credit card number. This is called the Primary Account Number or PAN and it doesn't change the number encoded in the magnetic strip but it does change your credit card number. 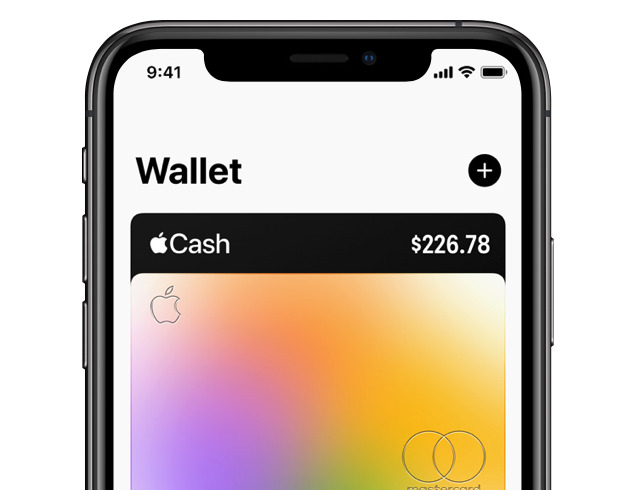 You won't think about numbers with Apple Card, except for the amounts of money in both that and your Daily Cash account

In practice, you're probably not going to think about your card number much at all. When you buy anything where Apple Pay is accepted, that will just work. If you use the physical card at a store, that'll just work. When you want to put a card on your Amazon account, you use the virtual numbers displayed in Wallet.

The lines are already blurred between Apple Card and Apple Pay, but we have had Apple Pay for years now. And there have been many, many cases of fraud using it. However, in every single case, the fraud has come not with Apple Pay, but with the credit card that was added to it.

Criminals have stolen credit cards and then poor security with the bank or card company has allowed it to be authorized to work with Apple Pay on an iPhone or other device.

Consequently, Apple Pay itself has proven to be secure and the banks or card companies have proven to be a weak point. Now Apple is the bank, effectively, this should make fraud impossible.

Nothing's impossible, not really, but Apple Card will be authorized via your iPhone. You can't set up Apple Card without an iPhone and you can't use that iPhone without Face ID or Touch ID.

With Apple Card, Apple now owns the entire process from applying for a card, through setting it up, and then on to every transaction you make with it.

That's got to be better for Apple, but it's also better and more secure for us.

Apple is late to the credit card market, but as it has with everything else it's ever done, it's found the perfect touches that make this a compelling product. And so compelling, so perfect, that you know this is how all credit cards are going to be like in the future.