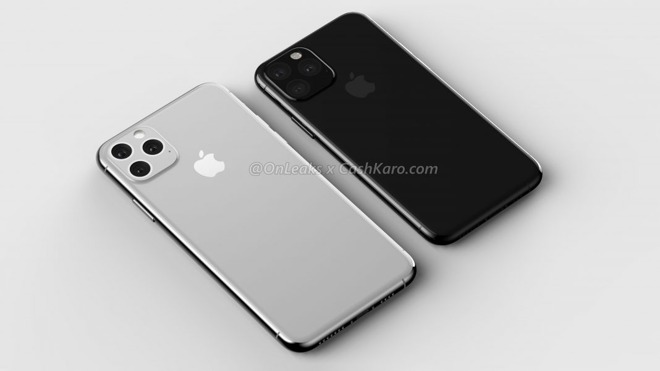 The renders suggest the phones will be largely identical to the iPhone XS and iPhone XS Max apart from their new camera bumps, with the "iPhone XI" sporting a 5.8-inch OLED display and the "XI Max" 6.5 inches, said CashKaro and @OnLeaks. The notch and bezels on the "XI Max" may be slightly reduced, but almost imperceptibly.

Unmentioned is an anticipated iPhone XR refresh. Mac Otakara hinted that it could switch from LCD to OLED, but that may be unlikely unless Apple and its suppliers can push OLED prices down.

CashKaro sources say the "XI" models will have rear panels formed out of single sheets of glass, including their camera bumps, along with iPad-style mute switches. It's also claimed the phones will continue to use Lightning ports, despite USB-C appearing on some other Apple hardware and offering greater compatibility. 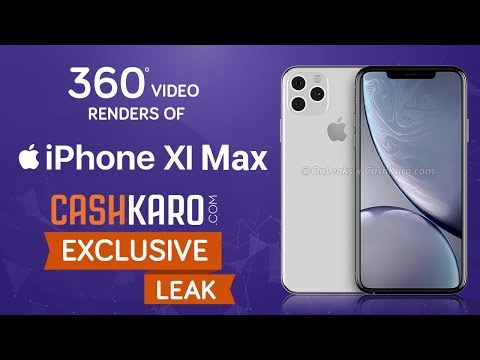 Apple is slated to refresh its iPhone lineup this fall. According to analyst Ming-Chi Kuo, one of the three rear "XI" lenses will be a super-wide, and front-facing cameras will switch to an improved 12-megapixel system.
«12»