AppleInsider
Posted: May 4, 2019 12:27PM
in iPhone
As he does from time to time, Apple CEO Tim Cook has appeared in an interview with ABC News to address user privacy, device over-use, and children's screen time. 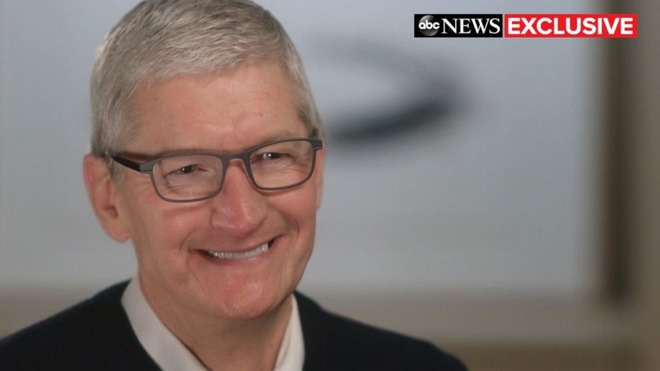 Cook spoke to ABC News' Diane Sawyer on the grounds of Apple Park, in a video that is continuing the network's discussion about screen time.

Cook is continuing Apple's message on user privacy, being perhaps one of the biggest issues of our time. Without pointing out any particular offender of what Apple wants, Cook reiterated the point that customers' data is not Apple's product.

"One of the worst things, other than something like hurting somebody or something, was the Peeping Tom. You know, somebody looking in the window," Cook said. "The people who track on the internet know a lot more about you than if somebody's looking in your window. A lot more."

He repeated a familiar refrain, slightly modified this time around.

"You are not our product," Cook said. "Our products are iPhone and iPads. We treasure your data. We want to help you, keep it private and keep it secure. We're on your side."

With Screen Time introduced in iOS 12, iPhones can give reports to users, or parents, how much time is being spent on a device. For Cook, it was around 200 times a day -- a number that was double what he expected.

"We make money if we can convince you to buy an iPhone, but I don't want you using the product a lot." Cook said. "What we want to build are products to enrich your life, do something you couldn't do without it. That's what gets us excited."

Regarding Cook's own habits, he hasn't cut back on the amount of time he spends using his time, so much as he's changed his notification habits. 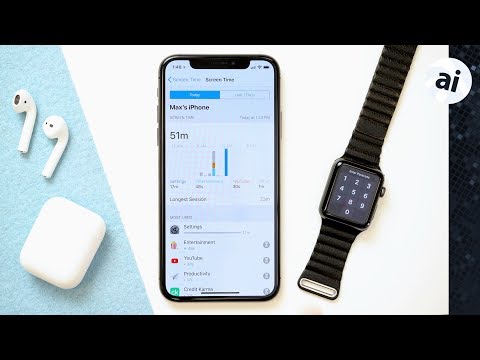 When asked about parenting with the challenges of the iPhone ever-present social media, Cook pointed to the tools at hand -- and promised expansion. Cook said that Apple was continuing work on Screen Time, with him specifically saying that there would be further refinement on age limits for apps, parental approval for them, and better labels on music with explicit lyrics.

"What we're trying to do is give the parent the controls. There's no standard for parenting, as we both know. People have different views about what should be allowed and not," Cook said. "A fix is defined differently for you and I and everyone. You know, what might be reasonable for me might be totally unreasonable for my neighbor."
«12»