AppleInsider
Posted: July 4, 2019 11:48AM
in Future Apple Hardware edited June 2020
Apple will be making yet another change to its MacBook keyboard mechanism, analyst Ming-Chi Kuo forecasts, with a touted refresh of the MacBook Air for later in 2019 potentially switching out the butterfly mechanism for a more traditional scissor-based version. 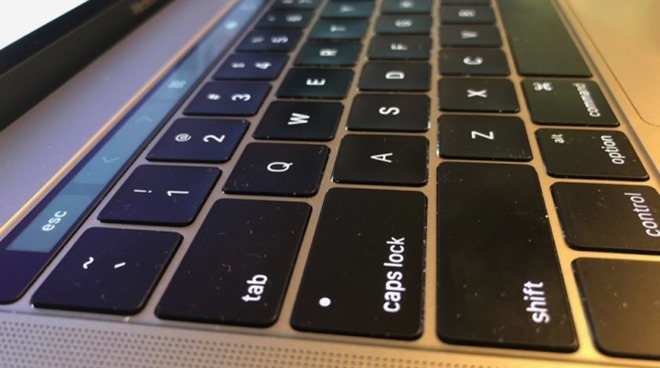 A number of changes have been made to the butterfly keyboard mechanism used in the MacBook Pro and other models over the years, to answer complaints from consumers over sticking keys and other faults. According to TF Securities analyst Ming-Chi Kuo, Apple may be looking to shift away to a different mechanism entirely.

In a note to investors seen by AppleInsider, Kuo suggests an upcoming refresh of the MacBook Air may adopt a scissor keyboard mechanism instead of a butterfly keyboard. Chief among the reasons for the change is that it should improve the keyboard user experience as "many users think that the typing experience is not good due to the ultra-low key travel of the butterfly keyboard," the analyst proposes.

The reduced probability of failure is also cited, due to the butterfly mechanism occasionally being jammed with dust, crumbs, and other debris. The issues are well documented, and even resulted in a keyboard service program being opened up to some models, as well as the introduction of a membrane to reduce dust ingress.

Kuo also suggests a switch away from butterfly will reduce costs, as a keyboard using the mechanism is between 250% and 350% higher in cost to produce than a general notebook keyboard due to low production yields.

There is also the argument that there have been developments in scissor keyboard production that could be attractive for Apple, such as the use of glass fiber to reinforce the keys structure. Even so, Kuo thinks a scissor keyboard would cost Apple between 150% and 250% more than a typical notebook keyboard, which would still potentially be a cost saving compared to butterfly.

The MacBook Pro will adopt the new keyboard in 2020, Kuo believes, and with the improvements to usability such as longer key travel and durability, it is predicted Apple could move to scissor mechanisms in the long term.
«123456»