Lamenting the loss of the adorable 12-inch MacBook

AppleInsider
Posted: July 9, 2019 4:43PM
in General Discussion edited December 2019
Yes, you can still buy very light and thin MacBook Air models, but there was something special about that MacBook and Apple just killed it off. We're actually upset. 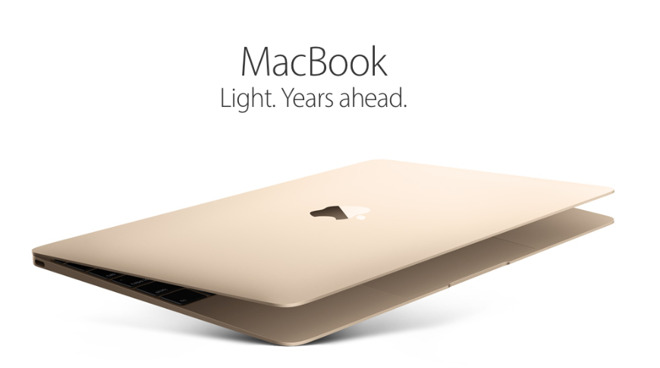 Apple's original ad for the MacBook in 2015

Apple has just simplified its notebook range, and while the machines, like the 13-inch MacBook Pro and the new price cuts are very welcome, there were two casualties. One was beloved, a machine that brought in new Mac users, a machine that was just adorable.

And the other was the non-Retina MacBook Air.

Considering that this version of the MacBook Air was so very startlingly impressive when Steve Jobs pulled it out of a manilla intra-office envelope in 2010, its demise will oddly not be missed. Its demise will barely be noticed.

That's because the old non-Retina Air started to go off as soon as it was announced and the odd, token spec bump did little. It was the machine you grudgingly recommended as the best price/performance mix for someone who needed a portable Mac, but when they bought it, you used to nod politely.

Whereas the MacBook, well, actually that initially got sneered at. When it was released in 2015, it could be accused of being underpowered. Certainly we knew regular users who would come to find it struggled even with some mildly complex Word documents, although privately we blame Microsoft for that. 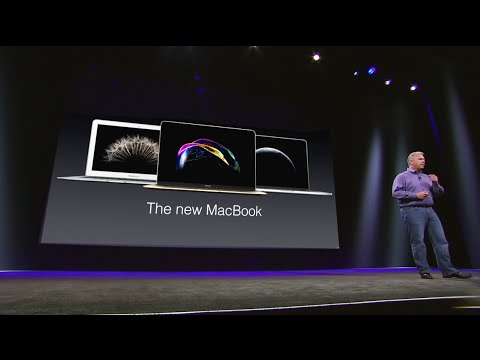 AppleInsider found much to adore about the machine, calling it a "groundbreaking achievement," but it also cautioned buyers to skip the first generation. Our review picked up on the slowness, and also on how this machine came with just a single USB-C port.

And then there were the colors. As first shipped, you could buy the MacBook in the then familiar space gray, and the vaguely familiar silver, but you could also get it in gold and later on in pink. Apple might call the latter rose gold, but it was pink.

It turned out, though, that pink looked great. Photographs of the pink and the gold one tend to make them seem pinker and more golden than they are in real life. So what appeared online to be practically a gaudy color option, was in reality just distinctive. You always knew which was your MacBook.

Thin and too thin

If the colors were meant to appeal to new users, the size of the display could've appealed to the more nostalgic of previous Apple notebook owners. The MacBook came with a 12-inch screen, the only machine to do so since Apple's utterly cherished 12-inch PowerBook G4 from 2003.

And whether you were new or nostalgic, the size of the case was a marvel. Where that 12-inch PowerBook was a hefty 1.18 inches when closed, the 2015 MacBook was just 0.14 inches. That's small enough to make you recheck your tape measure.

It did go to 0.52 inches at its thickest part, but that's still small enough to make the MacBook be slimmer than even the MacBook Air.

Of course, one of the ways that it achieved this thinness was that Apple had benefited from over a decade of making smaller devices. But the other was its keyboard. 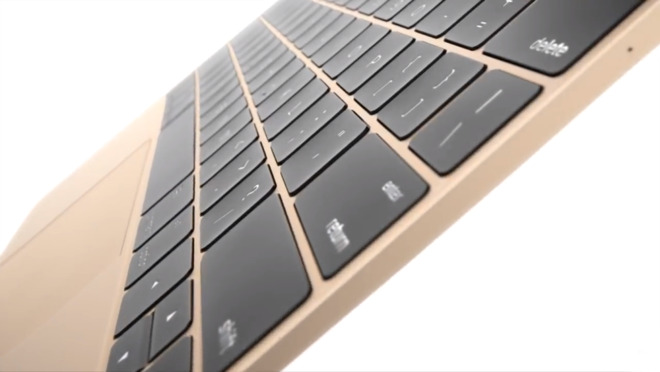 It was the MacBook that saw Apple introduce its extra thin Butterfly-style keyboard and that's undoubtedly had more bad press than any other single Apple component. We're now several generations into the Butterfly keyboard and the complaints continue to the point where it's believed Apple may soon ditch it.

Yet if the keys were shallower than we were used to, they also felt wider. Your mileage did vary, absolutely, but for many people the MacBook keyboard was part of its appeal.

Nobody hears from fans of the keyboard, because they've no reason to think anyone complains about keyboards. Nobody hears from these fans because you can bet this was the first machine for a lot of them and they had nothing to compare it to, nor any reason to look into it.

Speaking of not hearing fans, though, that was another benefit of the MacBook. You didn't hear fans spinning up when the machine got hot because there weren't any.

The MacBook could still get pretty warm, but it wasn't being used for video editing, it wasn't really being pummelled much at all by most users.

Right now, Apple's closest option is the revised Retina-display of the MacBook Air and it is a good machine. It's got a larger display at 13.3 inches, and at its thinnest edge, it's only 0.16 inches thick.

Yet at its thickest, the MacBook Air is 0.61 inches and it is very light at just 2.75 pounds, yet the old MacBook was only just over 2 pounds. 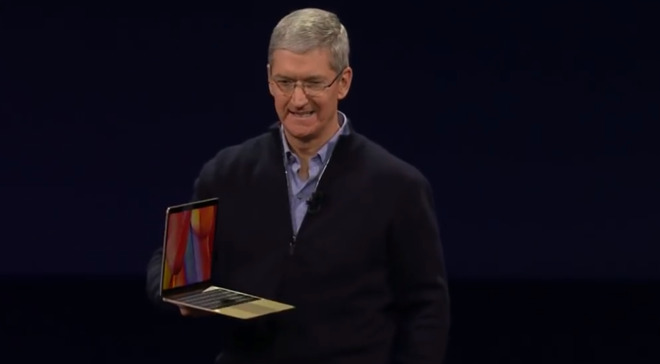 Not to rhapsodize over this old machine, but it always seemed to us that if you were unsure what to take with you on a trip, you'd be more likely to bring a notebook Mac if it were the MacBook. Either it would turn out to be as much Mac as you needed, or if you didn't need one, it didn't get in the way or weigh you down.

We already lament the loss of that extra bit of portability. Maybe we also just miss the option for pink, it's entirely possible.

Right now Apple has made it easier to choose a portable Mac based on price and features, and that is undoubtedly a good thing.

Yet still, even as we looked at the new specifications, even as we noticed that new lower price on the MacBook Air, it was the unheralded removal of the MacBook that made us jolt.

And made us remember all the rumors about how if Apple moves from Intel to ARM, it might start out with the low-end MacBook. Maybe this adorable machine will return, regenerated into a new ARM-based notebook.

Or maybe it will just become as fondly remembered a collector's item as that old 12-inch PowerBook G4.

If you want to pick up a factory sealed 12-inch MacBook, there are units still available from third-party sellers at discounted prices, but inventory is limited.
«1234»