AppleInsider
Posted: July 12, 2019 9:23PM
in iCloud
Tesla has subpoenaed Apple for access to the iCloud data of an engineer who allegedly stole thousands of Autopilot source code files right before leaving to work at XMotors.ai, the U.S. research branch of China's Xpeng. 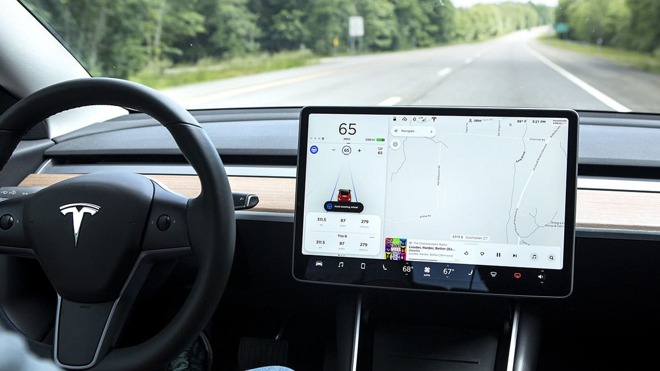 The ex-Tesla engineer, Guangzhi Cao, has already acknowledged uploading copies of Autopilot source code to his personal iCloud account, Bloomberg said in a report this week. He nevertheless claims to have done nothing wrong, saying he didn't make use of the data and has tried to scrub it from his personal devices. Cao and his lawyers have even offered to provide forensic copies of devices Tesla wants to inspect.

Apple is likely to comply with the subpoena as long as it meets legal standards. July 2018 saw prosecutors charge an engineer from Apple's self-driving program, Project Titan, with stealing trade secrets in advance of joining Xpeng. The case is still ongoing as the engineer has pleaded not guilty.

Autopilot is Tesla's branding for the self-driving systems in cars like the Model 3 and Model S. The company's AI has yet to achieve full independence, but can already park, navigate highways and change lanes with little human help.

Apple's self-driving plans remain nebulous. The company has been performing road tests and recently bought out self-driving car startup Drive.ai, but details on product integration remain scarce. A finished vehicle could hit roads in 2023 or later, or not at all.
«12»