AppleInsider
Posted: July 25, 2019 1:59AM
in General Discussion edited July 2019
After an embarrassing delay, Samsung on Wednesday announced its first folding smartphone, the Galaxy Fold, will launch this September after undergoing a redesign to account for screen reliability issues. 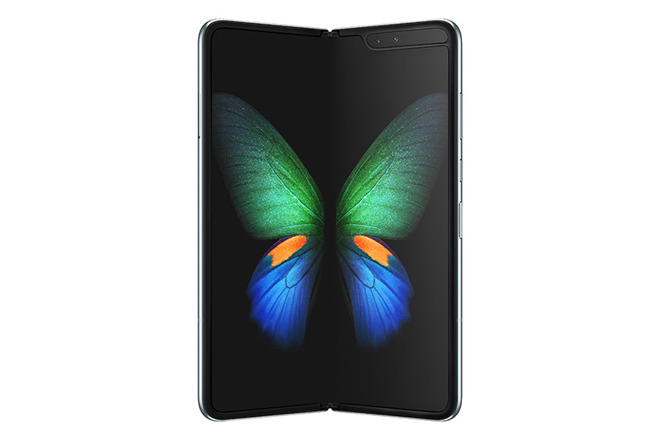 The Korean tech giant in a post to its website said the device will be ready for sale in September after missing a rollout originally set for April. The new timeline puts the foldable handset in direct competition with Apple's iPhone, new versions of which are expected to debut that same month.

According to Samsung, the new and improved Galaxy Fold features a top protective layer that has been extended beyond the bezel, making it "apparent that it is an integral part of the display structure and not meant to be removed." A number of early reviewers attempted to remove the layer thinking it was a screen protector, a user error that broke the smartphone's flexible OLED panel.

Special reinforcements like "protection caps" have been added at the top and bottom hinges and are designed to keep particulates out of sensitive areas, while additional metal layers beneath the Infinity Flex Display help strengthen the mechanism, the company said. Further, the space between the hinge and the device chassis has been reduced.

The tweaks should help alleviate problems impacting pre-release review units that went out to select news outlets and media influencers in April. Reliability issues were among the early complaints, with many noticing a distinct crease appear along the hinge line of the 7.3-inch OLED panel after repeated folding and unfolding. Some users noted corrupted graphics that in some cases rendered part, one half or the entire panel completely non-functional.

Following multiple reports of screen failures, graphics problems and other issues, Samsung decided to push back a consumer launch as it assessed the situation.

Samsung's announced enhancements are in line with previous rumors about the Fold's redesign.

In addition to hardware enhancements, Samsung has worked to optimize more apps for the unique foldable display.

"It was embarrassing. I pushed it through before it was ready," Koh said in a statement. "I do admit I missed something on the foldable phone, but we are in the process of recovery."

An official launch date will be announced in the coming weeks.
«123»