Apple TV+ to reportedly launch in November for $9.99 a month

AppleInsider
Posted: August 20, 2019 12:06AM
in iPod + iTunes + AppleTV edited August 2019
A report on Monday puts a date to Apple's upcoming Apple TV+ launch, saying current plans are to launch the subscription service in November for a monthly fee of $9.99. 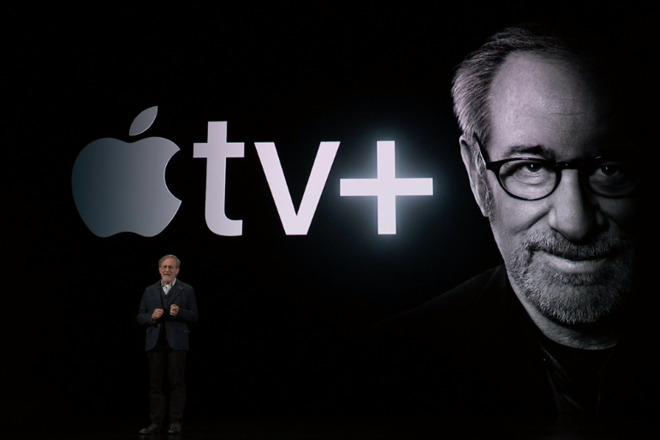 Citing sources familiar with Apple's plans, Bloomberg reports the streaming service debut will arrive in November with a limited slate of shows. Following Apple's services rubric, the video product will likely be offered as a free trial as more shows are added over the coming months.

Apple TV+ is said to launch with a reboot of Steven Spielberg's "Amazing Stories," a series about unusual homes called "Homes," news drama "The Morning Show," Jason Momoa vehicle "See" and "Truth Be Told." Other shows are in the works and should hit Apple TV+ over the next year.

Unlike Netflix and Amazon, which air entire series at one go, Apple is thinking about releasing three episodes of a given show on day one and following up with weekly installments, the report said. Segment competitor Hulu typically follows a weekly release schedule like those adopted by broadcast and cable channels.

The report is less clear on a subscription price for Apple TV+, saying Apple is mulling a monthly fee of $9.99. If true, Apple would field three subscription services -- Apple Music, Apple News and Apple TV+ -- for the same going rate.

Echoing recent reports, Bloomberg sources say Apple is spending big on new content in a bid to lure customers away from incumbents like Netflix and Amazon. For example, the company is supposedly spending some $300 million for two seasons of the star-studded "The Morning Show."

Earlier today, the Financial Times claimed Apple committed $6 billion to original programming. The sum is a far cry from an estimated $15 billion Netflix intends to spend this year, but is well over initial expectations of a $1 billion outlay from Apple.