Laid off Apple contractors listened to 1,000 Siri recordings per shift

AppleInsider
Posted: August 23, 2019 11:19AM
in General Discussion edited December 2019
Workers employed in Ireland to monitor and grade Siri recordings for Apple have now lost their jobs, as listening to Siri recordings stops. 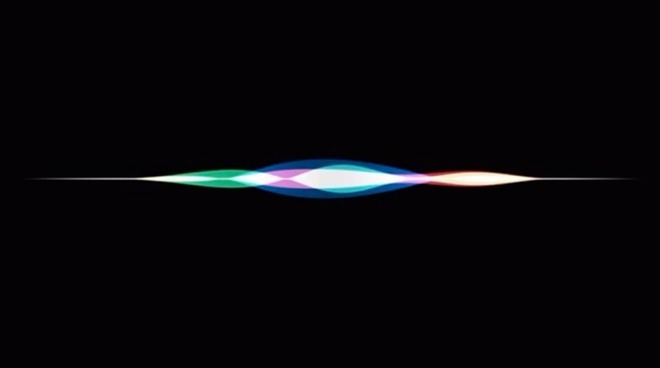 According to the Irish Examiner, workers in Cork, Ireland, are believed to have lost their jobs as Apple has reportedly suspended all listening to Siri recordings. Over 300 people were employed to do this quality control monitoring of Siri's effectiveness, and one reports they were expected to listen to around 1,000 recordings per shift.

The listening in Ireland was done by workers who had been hired on fixed-term contracts as data analysts with Globetech, based at Cork Airport Business Park. The staff were required to transcribe the recordings and grade Siri's response according to various criteria, such as whether Siri was invoked accidentally.

"They [the Siri recordings] were about a few seconds long," an ex-employee, who cannot be named because he or she was under a non-disclosure agreement, told the Irish Examiner. "Occasionally we would hear personal data or snippets of conversations, but mostly it would be Siri commands."

The staff were required to transcribe the recordings and grade Siri's response according to various criteria, such as whether Siri was invoked accidentally.

"I understood the reasons why the company was doing it," continued the ex-employee, "but I could see why people would feel it was a breach of privacy because they weren't telling people."

Apple actually did tell and always has told people about the program, if perhaps not as transparently as it could have. The disclosure in terms of service spanning a decade, and on Apple's privacy page wasn't enough to stop a 'whistleblower' in July claiming Apple was doing this in secret.

Following those claims, Apple has suspended all such listening. The Irish Examiner reports seeing documentation from Globetech informing its staff that Apple has in fact ceased all such transcription and voice grading work.

Apple's spokesperson responded to the Examiner about the job losses.

"We believe that everyone should be treated with the dignity and respect they deserve, this includes our own employees and the suppliers we work with in Ireland and around the world." Apple said. "We're working closely with our partners as we do this to ensure the best possible outcome for our suppliers, their employees and our customers around the world."

Apple will let users opt out of Siri quality grading programs in the future. For now, though, to be sure that Apple doesn't have any recordings of you, you can turn Siri and dictation off and on again to purge what it may have retained.
«12»