AppleInsider
Posted: August 31, 2019 11:51AM
in General Discussion edited August 2020
US Magistrate Judge Virginia Demarchi is the latest to rule against forced use of biometrics by law enforcement, saying such systems come under the protection of the Fifth Amendment. 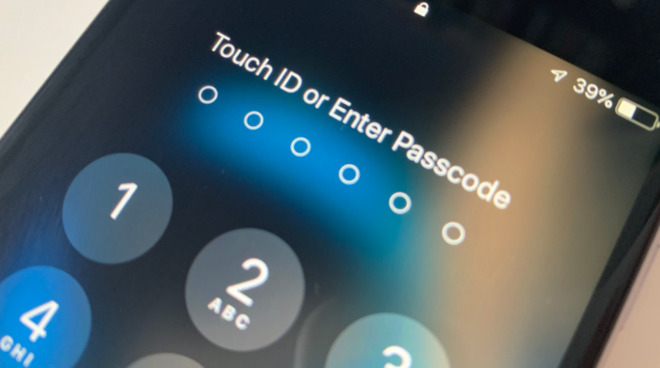 US Magistrate Judge Virginia Demarchi, of the Northern District of California, has ruled that unlocking a device such as an iPhone is "inherently testimonial." She said it amounted to forcing incriminating testimony from an individual.

"Here, compelling an individual who is a target of the investigation to use his or her finger or face to unlock a device represents incriminating testimony within the meaning of the Fifth Amendment," she said. Judge Demarchi also addressed the fact that law enforcement bodies are now repeatedly arguing a case that such unlocking is required.

"Several magistrate judges and district court judges across the country, as well as a few state courts, have recently addressed the specific question of whether compelled application of a biometric feature to an electronic device is a testimonial communication," said Judge Demarchi.

"This Court agrees with those courts," she continued, "that have concluded that requiring an individual to use a biometric feature to unlock an electronic device so that its contents may be accessed is an act of production that is inherently testimonial in the context of a criminal investigation."

In her ruling, Judge Demarchi explained that such unlocking using biometrics implies certain points that are the equivalent of providing testimony.

Judge Demarchi's follows a similar case in Idaho in May this year and another California ruling in January.

However, also in May this year, a Massachusetts judge did grant a warrant to allow agents of the Bureau of Alcohol, Tobacco and Firearms to compel a suspect to use Touch ID to unlock his iPhone.