AppleInsider
Posted: October 1, 2019 12:21PM
in Future Apple Hardware
The MacBook Pro could take advantage of carbon fiber to strengthen the display in the future, using the inserts to minimize damage to the screen from flexing the notebook's top section, without adding any significant weight to the portable device, while also making it extremely thin. 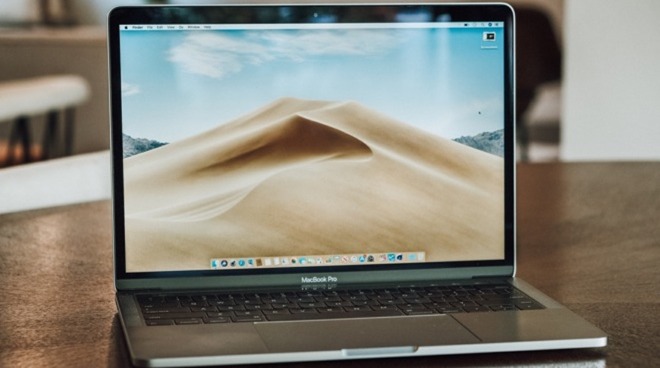 By the nature of being designed for moving from one location to another and for working while on the move, notebooks like the MacBook Pro aim to be as light as possible while still being strong. However, the pursuit of sacrificing weight can turn into a reduction in strength.

One of the main casualties of this tradeoff are displays, which can be subjected to torsion effects from twists of the display lid, which is usually kept as the thinnest section of the notebook's body, and so contains the least material. Over time, the twisting of the lid could weaken the display itself, causing it to crack.

In a patent granted to Apple by the U.S. Patent and Trademark Office on Tuesday titled "Electronic devices with thin display housings," it is suggested the use of carbon fiber could be employed to enhance the strength of that section.

The claims of the patent indicate the use of a housing with a planar housing wall portion that uses a "carbon fiber composite material," possibly as part of a woven fabric which includes a polymer binder. The carbon fibers are said to run through the panel at such angles that it is not parallel to either the vertical or horizontal edges, minimizing the possibility of offering a convenient point for folding or creasing. 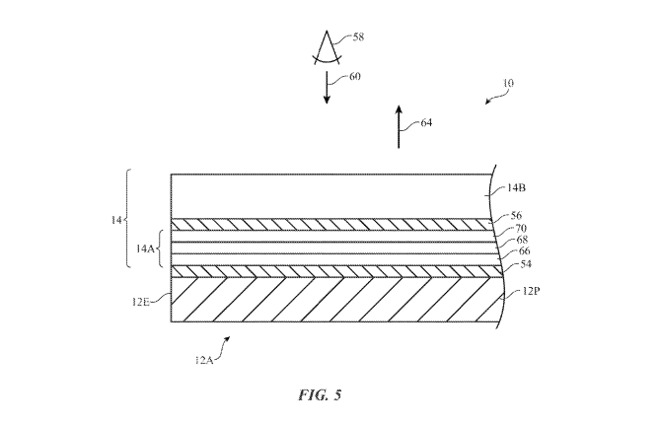 The stack of layers, with a protective layer at the top followed by other layers for the polarizer, OLED panel, substrate, housing wall, and rear cover.

The housing wall is covered on one side by a display cover layer, giving it the external appearance desired for the product. On the other side is an OLED display that attaches to the housing wall using multiple layers of adhesive, though it is also possible the display could be attached to a glass substrate that in turn is glued to the wall.

Apple's belief in the strengthening capabilities of the combination leads it to believe it could be used to make extremely thin display panels, far thinner than currently offered. It is suggested the housing and display could have a combined thickness of "less than 2mm," making it one of the thinnest displays ever if it is actually put into production. 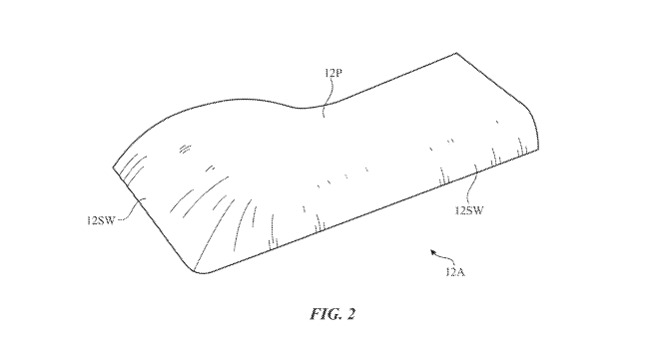 Apple files numerous patents and applications on a weekly basis, but while the presence of a patent may suggest areas of interest for Apple's research and development teams, it does not guarantee the concepts described will make an appearance in a future product or service.

In this case, while it seems plausible for Apple to actually put the technique into practice, given its penchant for designing ever-thinner devices, it may be quite a while before manufacturing techniques catch up to a point of reliability where Apple is prepared to use it in a future MacBook.

Apple has, however, used a similar technique in the past to maintain strength while reducing weight. For the Powerbook G4, Apple used a combination of a carbon fiber frame and a titanium wrap to make it as light as possible.

The push for thinner devices has recently led Apple to consider alternate ways to reduce the keyboard's thickness. In one patent, Apple proposes eliminating the butterfly mechanism in favor of a switch design that cuts the thickness further, allowing for either more space inside the lower section for more battery capacity or for an overall reduction in thickness.

Another patent proposed another switch design that used the blockage of light when a key is pressed for inputs, rather than traditional switches, again potentially reducing the keyboard's thickness.

The carbon fiber system could also be employed for another concept Apple has considered, where the keyboard is entirely replaced by glass panels and touch-sensitive displays.
«12»