Query failed: connection to localhost:9312 failed (errno=111, msg=Connection refused). Apple has made it clear how you should wear your Apple Watch - General Discussion Discussions on AppleInsider Forums

AppleInsider
Posted: October 18, 2019 3:06PM
in General Discussion edited October 2019
You don't need advice on how to wear any other watch, but Apple Watch comes with activity and health sensors that are affected by how you put it on, and Apple has now made it perfectly clear how it wants you to wear it. 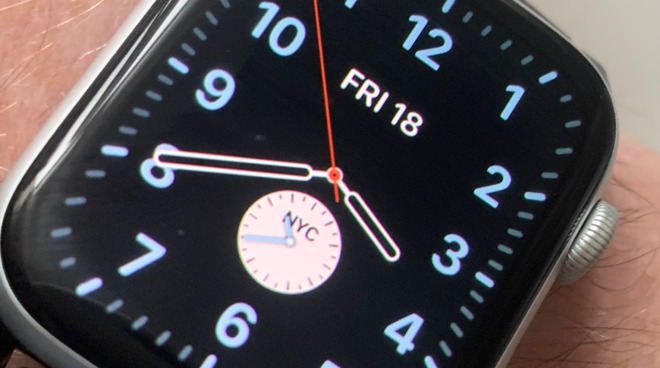 The Watch needs to be tight against your skin to work, but not so tight that it irritates or is uncomfortable.

If your Apple Watch is insisting you've only done 3 minutes of exercise today, the first thing to do is get up and walk around. But the second thing is to check just how accurate that figure is.

We've all had oddities such as sudden Move Goal accomplishments when swear we've just been on the couch for an hour. When it's your activity ring that doesn't appear to tie up with reality, look at how you're wearing the Watch.

This applies to all Apple Watches and in particular to all bands you have with it. However, bands where you have buckles and adjustment holes are probably more affected than ones with a loop.

What has to happen

While much of the Apple Watch's fitness capabilities comes through having internals such as an accelerometer to measure movement or provide fall detection, it also has an array of sensors on the back. If you've ever seen someone wearing an Apple Watch too loosely, you've seen a bright green light coming from the back. This is the optical heart sensor, which uses photoplethysmography to calculate your heart rate.

That back of the Watch, though, must be kept in contact with your skin for that optical and an electrical heart rate sensor to work. The Taptic Engine expects you to be wearing it snugly, and the Wrist Detect feature has to have that skin contact.

Apple even provides a diagram recommending the right fit. 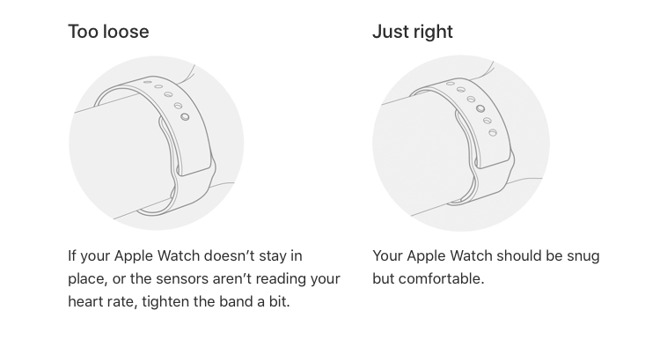 Apple's diagram on how to wear Apple Watch correctly

Similarly, Apple also says that the sensors in Apple Watch only work correctly when positioned against your skin at the top of your wrist. If you have small wrists, you need to find a way to tighten the strap to make it fit correctly. You may already familiar with adding extra adjustment holes to old Watch straps, but it's harder to make yourself do it with expensive Apple ones.

Instead, look for a loop band. Apple currently sells around a dozen of what it calls Sport Loops, each for $49. It also stocks leather loops or a Milanese metal loop in silver, gold or space black, each for $99.

Amazon stocks loop bands for Apple Watch for anywhere down to ten bucks.

One perhaps unexpected piece of advice from Apple is that you could tighten your band when you're doing a workout, then loosen it again afterwards. This helps with the sensors during the workout, but also avoids potential skin irritation.

Getting that balance of not too tight, not too loose, but just right, can take some experimentation -- and will likely vary with every band you have. But, there is further overall advice about helping the Apple Watch do what it needs to. Apple advises that you keep both the Watch and your bands clean, particularly when you use it for workouts.

The way you clean your Apple Watch itself involves switching it off. If your band is one of Apple's leather one, you should also remove it.

Then you can wipe the Watch clean with non-abrasive, lint-free material. To clean the band, you do much the same thing by removing it and using a non-abrasive cloth. 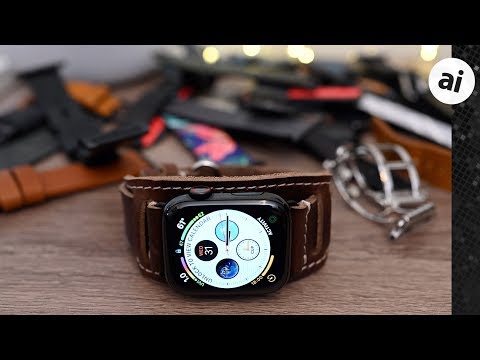 Apple Watch works whether you wear it on your left or right wrist, and it does so by rotating the screen to be the correct side up for you. In either case, Apple's preferred way of your wearing it has the Digital Crown on the side of the watch nearest the top of your wrist. You can use the same screen rotation feature, though, to put the watch on the other way around.

Before the Apple Watch Series 4, that was even helpful for the accuracy of another feature, Siri, because it placed the microphone on the side nearest your face. Now that the microphone is on the other side, there's no practical advantage to wearing the Watch upside down -- unless that feels more comfortable.

Apple Watch is the first and so far only Apple device that's been intended to be worn directly on your person all day. Even the AirPods are more limited because of their battery life.

So taking the time to try adjusting the fit, or using different bands, is worth it.