AppleInsider
Posted: October 24, 2019 10:47AM
in General Discussion
New research from Apple details methods that iPhone or Apple Car owners could securely store their identity credentials and securely share them with governmental agencies when required. 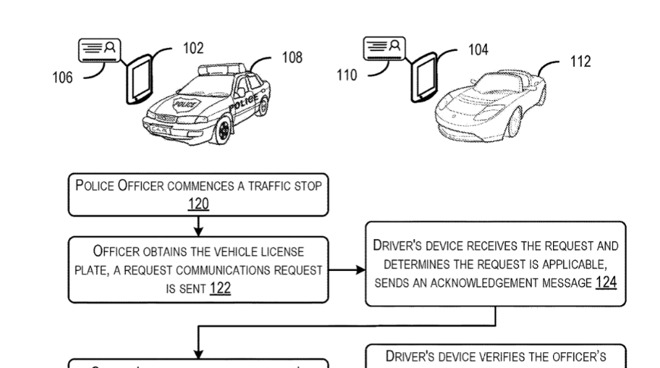 Two new Apple patents together document methods for effectively replacing paper driving licenses or passports with a digital equivalent. The system would allow for many other situations where an identity must be confirmed, but the patents are concerned with the secure creation, storage and then -- significantly -- transmission to agencies such as law enforcement.

The two new patent applications separate out the functions of such systems into the creation or collection of a user's identity details, the later authentication of that ID, and then the user's ability to provide this detail on request.

"[These patents regard], among other things, improving data security with respect to data collection, verification, and authentication techniques associated with obtaining and transmitting identity information," it continues.

The creation of an identity, it says, could be done by a government agency such as the US Department of Motor Vehicles.

"By way of example, the DMV may provision a credential that includes a person's driver's license information," it says. "In some embodiments, the credential may be digitally signed by using a private key of the DMV such that the identity credential may be verified using a public key associated with the DMV."

Apple's examples of providing that information include details of how law enforcement could request it at, for instance, traffic stops. 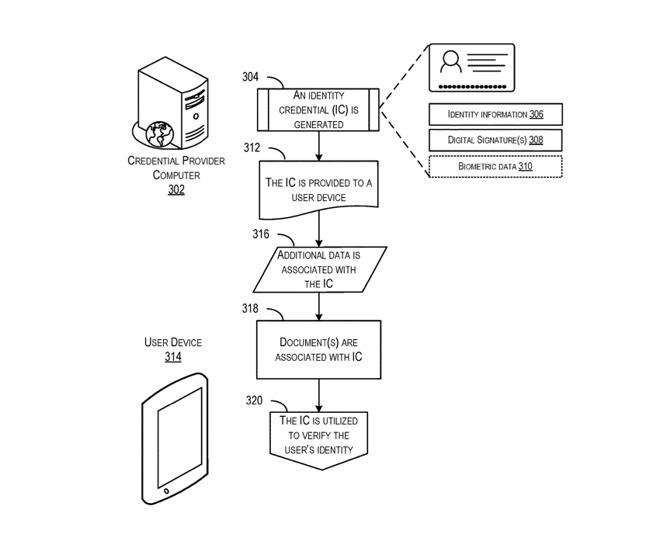 Detail from Apple's patent applications regarding the secure creation, storage and transmission of a digital ID

"Driver's device [then] transmits at least a portion of the driver's identity credentials," notes Apple.

Already Germany and, separately, Japan have discussed plans to use iPhones to replace physical ID cards and passports. Similarly, the UK has been looking at the potential use of an iPhone app to identify EU citizens who have applied to continue living in the country after Brexit.

"Identity, to be legal, it has to be government, it has to be authenticated by the government," she said. "We see, across the globe, many countries starting to use mobile to add a passport. You may use a mobile passport when you're going through airports today, and so it is moving and I think it will continue."
«12»