AppleInsider
Posted: October 29, 2019 5:10PM
in General Discussion edited February 2020
An update to macOS Catalina has just been released, in time to support the use of Apple's new AirPods Pro with Macs. 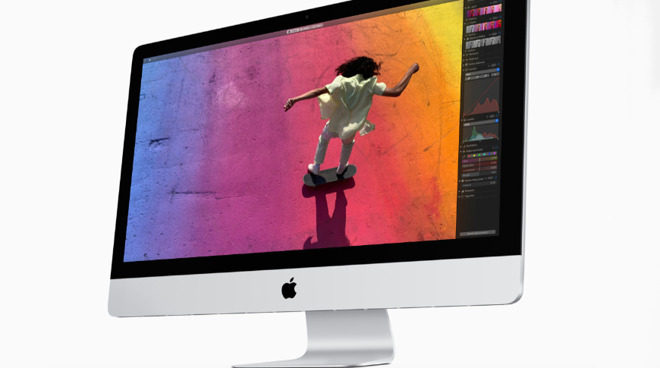 Following its third beta release to developers last week, Apple has now brought out macOS Catalina 10.15.1. While chiefly an incremental upgrade, this edition does add small changes, and it is also required for users who buy Apple's new AirPods Pro.

Alongside support for the new noise-cancelling AirPods Pro, macOS 10.15.1 also brings support for use of AMD Navi RDNA graphics cards in eGPU enclosures.

Among software improvements, 10.15.1 adds new some new features to Photos. It's now possible to filter by Favorites, Edited, Photos, Videos or Keywords in an All Photos view.

Users can now also use View, Metadata, Titles to edit titles and filenames.

There are new emoji which brings macOS Catalina up to date with those recently added to iOS and iPadOS. Over 70 are included or updated, including animals, food, activities, new accessibility emoji, gender-neutral emoji, and skin tone selection for couple emoji.

And there is also a new screen asking users to choose whether or not to allow Apple to review audio of Siri requests. This follows the addition of a similar request on iOS, and is part of Apple's recent changes regarding privacy and data safety.

Users can elect to delete their Siri and Dictation history, via Siri settings.

The Home app has been updated with support for HomeKit Secure Video, enabling the private capture, storage, and viewing of encrypted video from security cameras. The feature also able to detect people, animals, and vehicles, to help users with determining events that happen in videos.

HomeKit-enabled routers can be set to control how other HomeKit accessories communicate within the home, as well as enabling or denying Internet access for each. The Home app also adds support for AirPlay 2-enabled speakers in scenes and automations.

Users can install the 4.49-gigabyte update by going to System Preferences then Software Update. After it checks for updates and shows one is available, users can click Update Now to start the download.
«123»