ARM Mac coming in first half of 2021, says Ming-Chi Kuo

AppleInsider
Posted: February 24, 2020 5:29PM
in Future Apple Hardware edited June 2020
Apple is continuing to work on a self-designed processor for use in a future Mac, analyst Ming-Chi Kuo, with the first possible release using an ARM-based chip instead of an Intel processor likely to arrive in the first half of 2021. 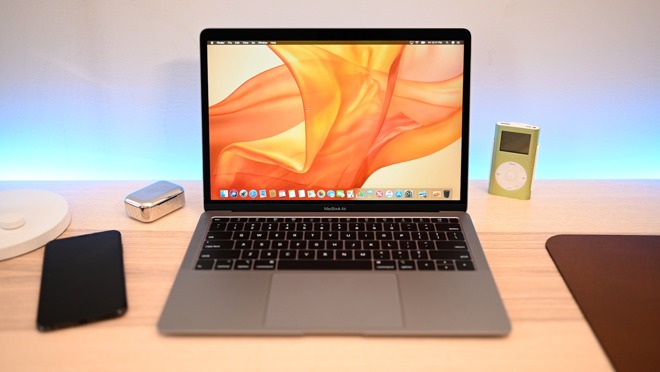 MacBook Air, a likely candidate for an ARM processor

Rumors of an ARM-based Mac or MacBook have surfaced in a while, with the general theme of Apple moving away from its reliance on Intel Core processors in favor of its own silicon. According to TF Securities' Ming-Chi Kuo, this could happen sooner than people may think.

In a note to investors seen by AppleInsider, Kuo forecasts that Apple will be using a 5-nanometer process at the core of its new products 12 to 18 months' time. As part of this, Kuo believes there will be a "new 1H21 Mac equipped with the own-design processor."

The creation of its own processor would, most likely, lean on Apple's extensive knowledge of chip design for the iPhone, iPad, and other devices that use the A-series chips, as well as other periphery silicon of its own devising. This would enable it to use designs it created to help reduce the amount of power the chip consumed, for example, as it did with the A13 Bionic.

A move to its own chips would also mean it wouldn't be bound to the limitations of Intel's designs. If Apple wanted to introduce new features or believed it could implement a processing technique in a better way than Intel, it would be free to do so under its own steam.

Shifting over to an ARM-based chip would also give some context to Apple's decision to move away from supporting 32-bit apps in macOS Catalina, as well as Apple's work on Catalyst. In theory, this could allow Apple to use the same chips in the Mac as it does in iPhones and iPads, reducing its overall costs and enabling apps to be more usable throughout the entire Apple ecosystem.

Kuo's nearer-term proposed uses of 5-nanometer chips by Apple also includes the "iPhone 12" as well a refreshed iPad for the second half of 2020 equipped with mini LED.
«12345678»