HomeKit Secure Video support rolls out for Anker eufyCam 2 [u]

AppleInsider
Posted: March 17, 2020 1:56PM
in iCloud edited March 2020
Anker is now rolling out a firmware update to its eufyCam 2 security cameras bringing support for HomeKit Secure Video, after only starting with basic support for HomeKit after an update in January 2020. 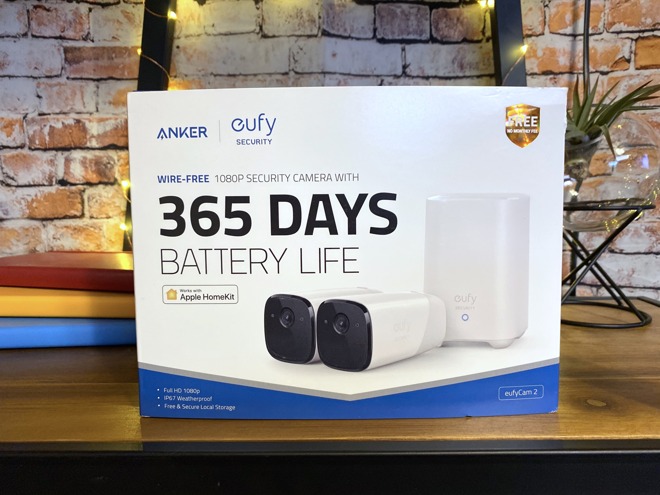 EufyCam 2 is an IP67 weather resistant 1080p wire-free security system that boasts its night vision and subscription-free design. It launched in 2019 sans-HomeKit before receiving support in January with a promise of HomeKit Secure Video to follow.

With this firmware update, Anker joins the few existing devices to support HomeKit Secure Video including the Netatmo Smart Indoor Camera that was recently updated and the Logitech Circle 2 -- the first camera to receive support.

For those interested, the eufyCam 2 is currently available on Amazon as a two-pack with the hub for $349.

Update: Anker pushed out the eufyCam 2 HomeKit Secure Video update to some users "by mistake," according to iMore's Christopher Close. The feature is reportedly in the certification phase and should make a public debut soon.