AppleInsider
Posted: April 2, 2020 12:47AM
in General Discussion edited April 2020
It's a census year in the U.S., which means that hundreds of thousands of enumerators will soon be going door-to-door. But instead of a pen and clipboard this year, they may be equipped with a familiar device. 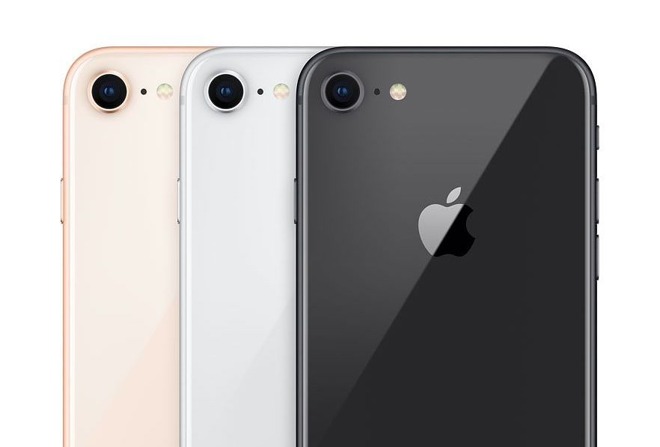 U.S. Census Bureau employees will use iPhone 8 devices in place of paper and pen for the 2020 census.

The U.S. Census occurs every 10 years, but 2020 marks an important milestone for the centuries-old event. It's the first time that all U.S. households will be able to respond to the census online. And thanks to a multimillion-dollar project, in-person census-takers will swap their paper forms for iPhone 8s.

For the 2020 census, the U.S. government has contracted with Illinois-based firm CDW-G to lease 500,000 iPhone 8 models for census employees, known as enumerators, who go door-to-door to take count.

"We are proud that the US Census Bureau will use the iPhone for the collection and management of 2020 census data," an Apple spokesperson told CNET.

While officials estimate that around 60% of people will respond to census questionnaires online, on the phone or via mail, it's up to enumerators to count the rest of the country. According to the official 2020 census schedule, nearly 500,000 temporary employees will fan out across the country between May and August.

As for why the bureau chose iPhone 8, CNET says it was a combination of familiarity, stability and security that drew census officials to Apple's mobile operating system. The specific models used by census-takers this year won't be customized in any way. Instead, they'll simply be running a specialized app that canvassers will use to count people.

Originally, CDW-G proposed the iPhone 6 as the primary census-taking device in 2020. But once the iPhone 8 launched in 2017, it realized that it could upgrade to the newer model without a bump in price.

When the door-to-door phase the census wraps up around August, the Census Bureau will ship the 500,000 Apple smartphones back to CDW-G. From there, the contractor will wipe the devices and reuse them for other enterprise initiatives.

This isn't the first time that the U.S. Census Bureau tried to push the constitutional event into the modern era. In fact, efforts to give enumerators digital devices stretch back to the 2010 census. In 2006, the bureau contracted with defense company Harris Corporation to provide 600,000 custom HTC PDAs to census-takers. That project was abandoned in 2008, before the actual census took place.

"The census is an important constitutional cornerstone that aims to ensure every one of us has equal representation, education and access in America," Apple said.
«12»