AppleInsider
Posted: May 5, 2020 7:26PM
in General Discussion edited May 2020
On Tuesday afternoon, Apple issued a new firmware update, with a build number of 2D15, for its AirPods Pro wireless Bluetooth headphones. 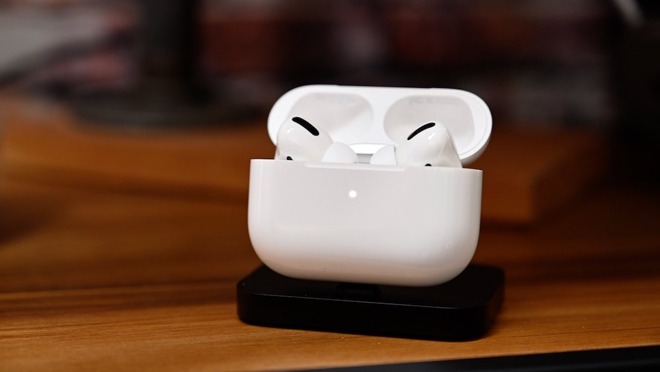 It isn't clear what changes or features are included in the firmware update, though it may contain bug fixes or changes to active noise cancellation. The previous firmware release, 2C54, is said to have reduced noise cancellation quality for bass.

The 2D15 release is the third update to the AirPods Pro firmware, after the aforementioned 2C54 update and the previous 2B588 update, which was released in November 2019.

Apple eventually pulled the 2C54 update shortly after its release -- likely due to some type of unexpected behavior -- meaning that some AirPod Pro users were running the pulled software, while others remained on 2B588. Users will be able to update to the latest firmware no matter which version they're running.

There isn't a way to force update AirPods Pro manually. The new firmware should be automatically installed as long as they remain connected to an iOS device, and in the charging case.

AirPods Pro users can check the firmware version their headphones are running by heading to Settings and tapping on General, About and AirPods Pro.