AirPods and AirPods Pro success better than Apple 'could ever imagine'

AppleInsider
Posted: May 9, 2020 3:43PM
in General Discussion edited August 2020
The success of Apple's AirPods line did better than the company "could ever imagine," Apple VP of product marketing Greg Joswiak claims in a profile on the audio accessories' popularity, one that also reveals extensive resources have been put into mapping ears. 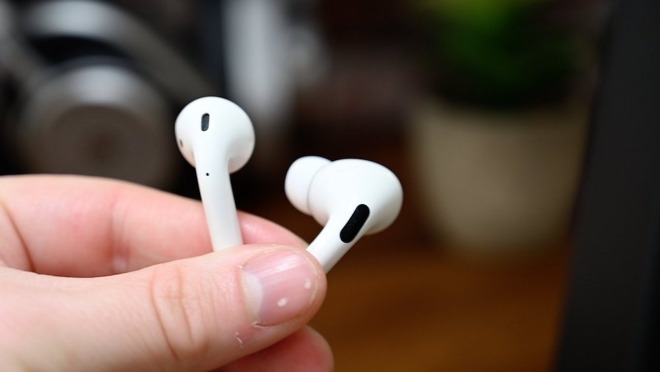 Apple's wearables division has grown to the size of a Fortune 140 company as of the April 30 quarterly results, with AirPods contributing heavily to its revenue growth. The massive success of the audio accessories have helped push the division's revenues to $6.3 billion for the quarter, up from $5.1 billion one year prior.

In a profile examining how AirPods became such a successful product, sources of Wired estimate the AirPods line contributed $7.3 billion in revenue across all of 2019, an increase of 121 percent from full-year 2018 revenues believed to be around $3.3 billion.

The initial five-minute appearance during Apple's September 2016 event caught the attention of many customers, despite the relatively short introduction. "It was almost like wildfire how quickly it spread," Greg Joswiak said. "It's done even better than we could ever imagine."

On the subject of their cordless construction, Joswiak claims Apple "had a vision for our wireless future for many years" ahead of the creation of AirPods. "We had this incredible wireless product, the iPhone, and yet what began to feel odd is when you saw somebody using wired headphones. Right then you thought, why would to attach the wire?"

The report touches upon Apple's continuation of research it performed with Stanford University to improve the fit of its existing earphones for EarPods. Following that product's launch, Apple continued its research, mapping ears to create a more accurate model for the AirPods Pro.

"We had done work with Stanford to 3D-scan hundreds of different ears and ear styles and shapes in order to make a design that would work as a one-size solution across a broad set of the population," Joswiak admitted. "With AirPods Pro, we took that research further - studied more ears, more ear types. And that enabled us to develop a design that, along with the three different top sizes, works across an overwhelming percentage of the worldwide population."