AppleInsider
Posted: July 10, 2020 9:41AM
in General Discussion edited July 2020
Ming-Chi Kuo's industry sources are claiming to know the sequence Apple will move MacBook Pro to Apple Silicon, including when redesigned 14- and 16-inch models will be launched. 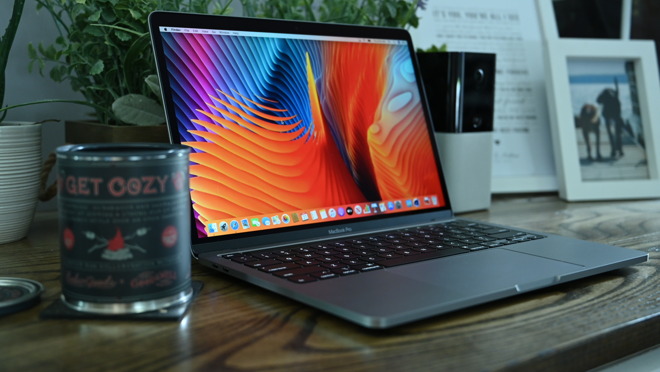 In an investment note seen by AppleInsider, analyst Ming-Chi Kuo has detailed which Apple suppliers are most to benefit from the move to Apple Silicon -- and which new or redesigned MacBook Pro models they are expected to manufacture.

Kuo speculates that some models may sell at lower price points than the current range. Kuo doesn't specify whether that is because of a cost savings due to a greater volume being manufactured, but Apple will certainly no longer have to pay a fee to Intel for its processors.

"In an optimistic scenario," says Kuo, "if Apple lowers the price of Apple Silicon's MacBook Air to reflect the cost reduction, and if the newly-designed 14-inch and 16-inch MacBook Pro are better than the old MacBook Pro, we expect... shipment volume to grow significantly to 18-20 million units in 2021."

"In our bull-case scenario," says Kuo, "the MacBook shipments in 2021 will markedly increase to 18-20 million units if Apple lowers the price of MacBook Air equipped with the lower-cost Apple Silicon and the demand for the all-new form factor design 14- and 16- inch MacBook Pro models is better than that of legacy models."

Those 2021 figures compare to Kuo's estimate that in total, 2020 will see 16-17 million sold, "thanks to better-than-expected MacBook Air demand and work-from-home demand growth."
«12345»