Intel-based iMac refresh will launch in the next week, leakers claim

AppleInsider
Posted: July 26, 2020 2:04PM
in Current Mac Hardware edited July 2020
Leakers on Twitter are claiming a new Intel-based iMac could be unveiled this week, but minus the radical design change that has been predicted with that waiting for the introduction of Apple Silicon systems. 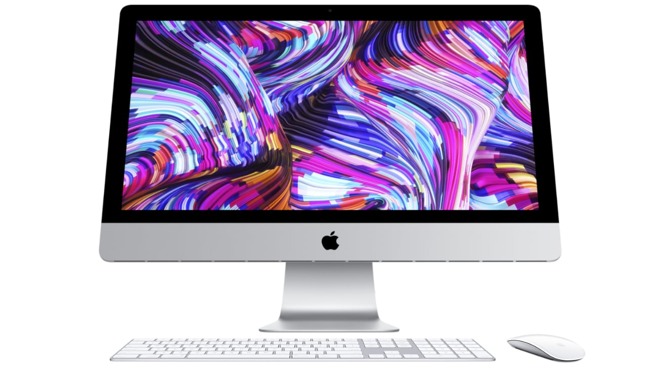 A pair of tweets that surfaced on Saturday have made claims about Apple's imminent release strategy, specifically about its iMac lineup. While there have been murmurings around Apple's Mac range, with discussion largely concerning the future Apple Silicon-based products, Intel-based Macs are still on the way during this two-year transition period.

One tweet from leaker @Soybeys first reported by 9to5Mac claims a new Intel iMac "could be released this week," with a further suggestion that sources are putting an unveiling on Monday. If true, this would indicate Apple is preparing a specification bump for the range, rather than making any design alterations.

A second leaker, @Jioriku, further emphasizes this by claiming "The iMac redesign is not coming for this 10th-generation Intel refresh. They are saving it for their own silicon."

Icons discovered in an alleged iOS 14 build in June suggested Apple was redesigning the iMac with design language similar to an iPad Pro, using thinner bezels. It also seems plausible that Apple would wait for a major change in the iMac internals for an introduction of a redesigned product, which lends itself to the design being used with Apple Silicon.

While neither Twitter account are known to have a reliable track record at this time, having both been created in 2020, nor have achieved a level of fame for their revelations, there may be something to their statements. A tweet from July 19 by prominent leaker @L0vetodream suggested "some products are ready to ship," which may be considered vague but certainly lends some credence to a product launch.

A DigiTimes report from mid-June also claimed there would be new iMac and iPad models on the way sometime in the second half of 2020.
«12»