AppleInsider
Posted: July 26, 2020 6:38PM
in Apple Watch edited October 2020
The Apple Watch is continuing to be credited with helping save the lives of more people, with a roundup of reports bringing more stories about the life-changing events into focus. 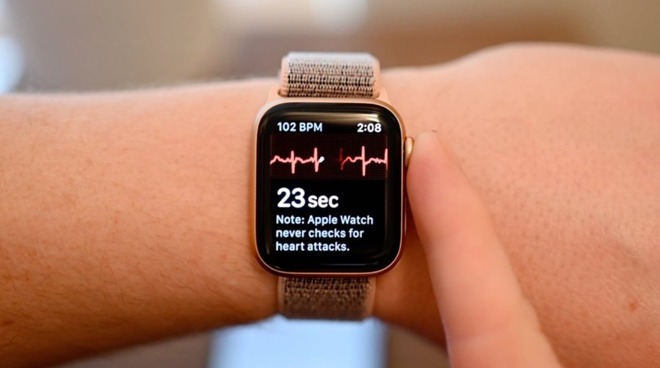 Reports regularly surface where a person has been in distress or a life-threatening situation, only to be assisted by the Apple Watch in a variety of ways. In a collection of five stories about such events, the Apple Watch and its groundbreaking features are shown to be exceptional.

One year ago, Heather Hendershot of Pomona, Kansas received notifications on her Apple Watch saying her heart rate was above 120 beats per minute, part of the Apple Watch's high heart rate notification system. The notifications continued throughout the night despite a lack of symptoms, with Hendershot admitting she thought Apple's wearable was incorrect because "I couldn't feel my heart racing."

The following day, Henderson was taken to an urgent care clinic as a precaution, which resulted in a diagnosis of hyperthyroidism. "It wasn't until I heard the doctors mention ICU that I realized how serious the whole situation was," Henderson recounted.

"I'm not someone who checks their heart rate randomly," she continued, "so I'm very confident that I wouldn't have been able to detect it without the Apple Watch." 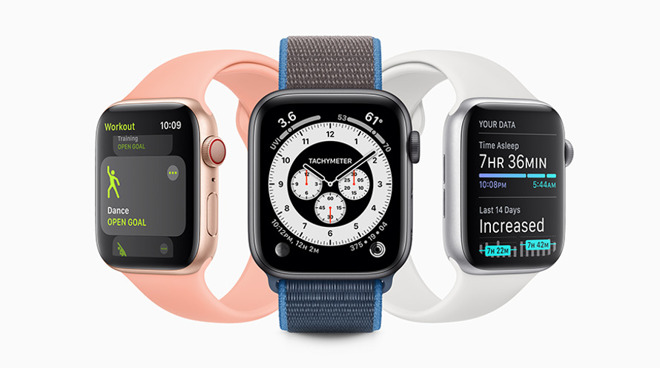 Some health feature changes in watchOS 7 include new workout types and sleep tracking.

Another story from Jason Saucier of Orlando, Florida, in September 2019 had Apple's wearable giving warnings of possible heart problems, a few weeks after he started to feel unwell. "As soon as I put my watch on, it made a sound that I've never heard before. I looked down and it said that I was in aFib," Saucier claims.

After going to work that morning and enduring the repeated alert, Saucier eventually sought assistance from an emergency room after co-workers said he looked very pale. "As soon as I got there, the cardiac team got right on me and said that I was close to going into cardiac arrest," he adds.

After being discharged the following day, he had the same notification one week later, but went directly to the emergency room instead of ignoring it. Another five days in hospital, with three in aFib, and he was released with new heart medication.

"It's like a safety blanket," Saucier suggests of the Apple Watch. "I think it's probably going to be an ongoing thing for me for the rest of my life. And it's good that I have this watch to help me monitor it. 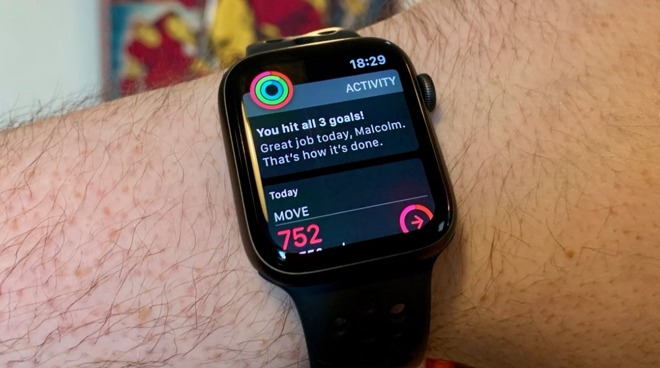 A third tale discussed how George Kometiani of Brooklyn, New York lost weight and became healthier. At the age of 30, he decided to do something about his poor health, caused by weighing close to 300 pounds, including knee clicks and snoring.

On the advice of his doctor, he lost 30 pounds by changing his eating habits, but on discovering he lost muscle mass and the snoring continued, he changed strategy to one surrounding the Apple Watch's famous rings. He made an effort to close his move ring every day, as well as taking note of the exercise challenges and other prodding notifications to get fitter.

"It really helped me understand how much effort I needed to put into my day," Kometiani insisted. "Those little things from a nonjudgmental, disconnected point of view really help." One year later, Kometiani had lost 100 pounds, as well as his snoring, joint pain, back aches, and headaches.

The report also includes stories that AppleInsider previously covered, such as Kacie Anderson's car accident and usage of Siri to call for help, and Toralv Ostvang of Norway gaining assistance from the police after triggering the fall detection feature late at night.

More stories citing the Apple Watch as behind the saving of a life or the improvement of someone's fitness are likely to continue for some time, and Apple is by no means finished with adding features and functionality. In watchOS 7, the Apple Watch will gain new sleep tracking functions, new health record data types, hearing health changes, four new workouts, a redesigned Fitness app, and a 20-second timer for washing hands.