AppleInsider
Posted: July 30, 2020 8:37PM
in AAPL Investors
Six years after Apple had its last split, the company has announced that a four-to-one stock split will happen on August 24. 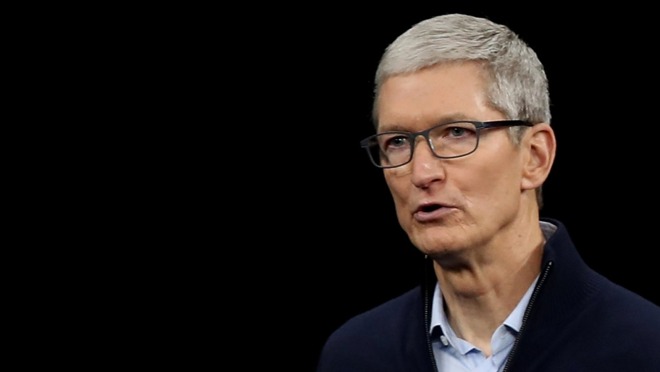 Apple's Board of Directors has approved a four-for-one stock split, "to make the stock more accessible to a broader base of investors" says the company. Each Apple shareholder of record at the close of business on August 24, 2020 will receive three additional shares for every share held on the record date, and trading will begin on a split-adjusted basis on August 31, 2020.

This is on top of an earnings report for a coronavirus-impacted quarter that is well above Wall Street's expectations.

"Our June quarter performance was strong evidence of Apple's ability to innovate and execute during challenging times," said Luca Maestri, Apple's CFO. "The record business results drove our active installed base of devices to an all-time high in all of our geographic segments and all major product categories. We grew EPS by 18 percent and generated operating cash flow of $16.3 billion during the quarter, a June quarter record for both metrics."

Apple also has declared a cash dividend of $0.82 per share of the Company's common stock. The dividend is payable on August 13, 2020 to shareholders of record as of the close of business on August 10, 2020.