Be patient with developers, as a one-day warning before the full iOS 14 release is too sho...

AppleInsider
Posted: September 16, 2020 2:26PM
in General Discussion edited September 2020
In seconds, Apple CEO Tim Cook disrupted the normal flow of the iOS beta cycle, in announcing that iOS 14 and others would be released on Wednesday after a one-day GM period. Chaos is ensuing in the developer community, and users will need to be patient for a week or two. Here's why. 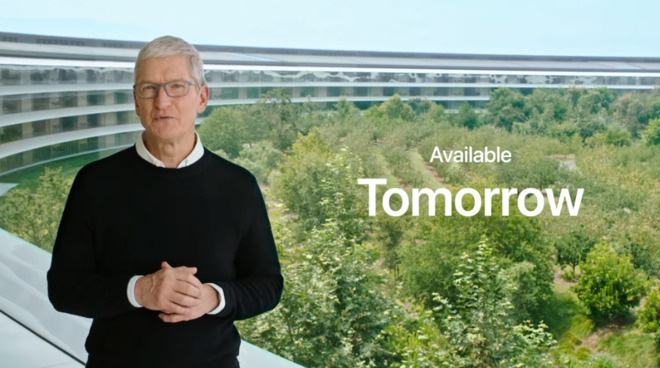 Tim Cook looks more relaxed about the fast release of iOS 14 than most developers.

There were probably some coffees spilt during Apple's September 15 event, definitely a lot of lunches skipped, and seemingly a great deal of complaining from developers. For starting later today, users will be able to download the brand new versions of just about every Apple operating system bar macOS Big Sur -- and few developers can possibly be ready.

All developers have had the various beta versions, surely all are well along the path of ensuring compatibility. But final testing, and fixing hopefully final bugs, happens once developers get the Gold Master (GM) of the operating systems as they will ship.

Apple has released this GM version to developers, but it did so after Tim Cook's announcement. From later today, practically all iPhone, iPad, Apple Watch, and Apple TV owners can and will be downloading iOS 14, iPadOS 14, watchOS 7, and tvOS 14 for free.

There are major changes in each of them and any operating system change means apps can break. Having your software work on the newest Apple operating systems is crucial for developers -- and Apple is a developer itself.

Those operating system releases bring needed compatibility for all the "Time Flies"-announced devices. This is obviously an unavoidable requirement for Apple.

But, the reaction from developers was swift, and harsh. And, they're right to be angry.

What the developers are saying

Tumult started quickly. Cook made the announcement about the Wednesday OS full releases, and it was off to the races -- even before developers hit problems.

Aside from the short time, which would be enough by itself, there were immediately errors in Xcode. There were a series of Xcode downloads that either didn't decompress, or weren't running. This was "fixed" in relatively short order -- read hours. But, it still took a few more hours for the correct download to spread across the content distribution network.

Although a short while afterwards, Watchsmith developer David Smith did add that despite the shock of the announcement, he likes the "fast turnaround launch."

"There is no longer a 'Day One'," he said, "we are all launching 'Day 1+Something. Which is a bit more chill."

Others just threw their hands up and said their apps would not be updated to iOS 14 in time this year.

Since it'll be a while before most of my customers use iOS 14, I spent the summer prioritizing bug fixes and my family's pandemic/school logistics (we're OK, just busy).

Like you all, I'm just doing what I can this year. More soon.

In Apple's own developer forums, there were complaints as recently as 5:00 A.M. Eastern time from users saying that Xcode was failing to upload apps. Other developers are reporting error messages when they try to submit an app for review.

We get it. Apple tries to hide product features as best as it can with security and removed features in betas, meaning that some roll-outs and testing code need to wait for full OS releases. It's been a challenging year for everybody, and perhaps short windows between the GM and the full release was to be expected.

One day doesn't really serve anybody, other than Apple, though. And it arguably doesn't serve Apple, either. Not when it can claim there are great new iOS and watchOS features, but at best key apps can't use them -- and at worst, they break.

Developers are scrambling for release day availability. Some will make it. Some won't, though. Missing features for iOS 14 is one thing, but some apps will stop working the way they should. This is clearly bad for consumers and users. 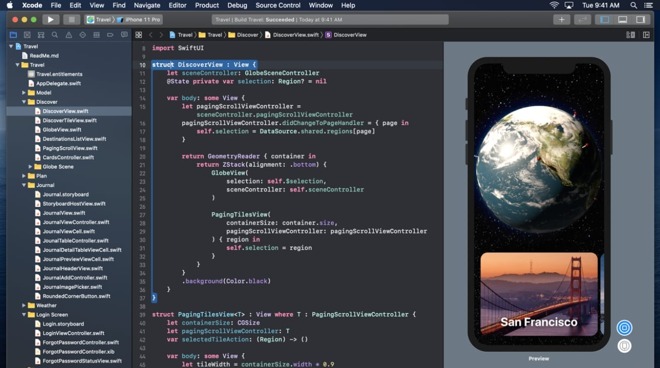 If you're a developer, something like this is now burnt into your retina -- it's the main screen of app development software Xcode

This year, more than any other, be patient with developers and iOS 14

We normally suggest caution and some scouting out of the situation before you make the jump to a new, big version of any of Apple's operating systems. This year, more than any other before, making sure that your favorite apps run in iOS properly before upgrading your own devices is essential.

Yes, developers have had all summer to start making this move, and nearly everybody -- including AppleInsider's stalwart developer -- has been on the road to an update. However, as it is with any beta process, the final operating system is a moving target. Practically, this means that with every increment of the beta, what you just changed for the last beta may need to be changed again.

Apple dropped a one-day GM period on developers. It has never done this before. Apple has typically given at least one week, but two weeks isn't unheard of.

Instead, Tim Cook dumped this on all of us yesterday, 23 hours before the full release. It's going to take more than a few hours for developers to set everything right.

Your patience will be rewarded.
«12»