AppleInsider
Posted: October 13, 2020 5:30PM
in Current Mac Hardware edited November 2020
In addition to its debut of the HomePod Mini at its "Hi, Speed" event Tuesday, Apple introduced a new feature called "Intercom," which works across all Apple devices. 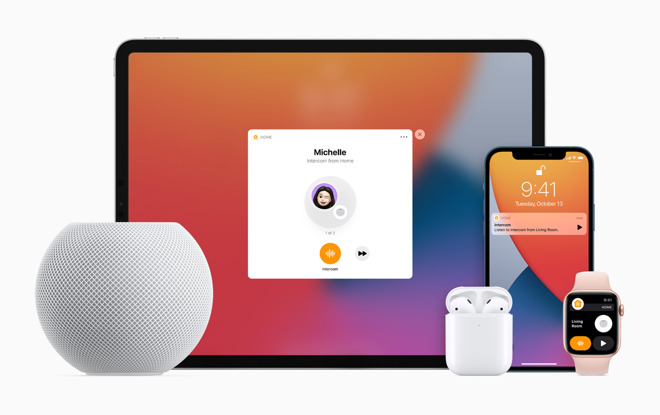 The feature, Apple said at the event, will allow users to speak to all of the Apple devices in their home at the same time.

"We've designed Intercom to also work with your iPhone, iPad, Apple Watch and even CarPlay, something only Apple can do," Apple's Yael Garten, director of Siri Data Science and Engineering, said during the event.

"You'll get a home intercom system that goes everywhere with you. The message will automatically play on HomePod speakers throughout the home, and a notification will appear on your family's personal devices. And Intercom messages will play on AirPods as well." 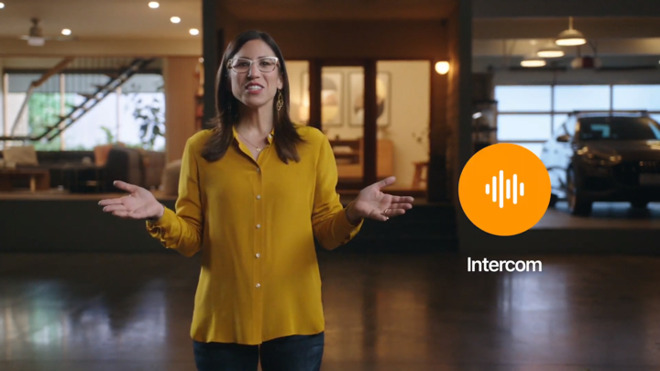 Intercom, Apple said in its press release, "offers a quick and easy way for family members to connect with each other at home... One person can send an Intercom message from one HomePod to another -- whether in a different room, a specific zone, or multiple rooms throughout the home -- and their voice will automatically play on the designated HomePod speaker."

The HomePod Mini, also announced Tuesday, will retail for $99. It's available for preorder November 6 and will hit the market November 16.