AppleInsider
Posted: October 16, 2020 1:11AM
in General Discussion edited October 2020
Microsoft co-founder Bill Gates in an interview on Thursday offered his opinion on big tech antitrust issues, saying regulators should examine each company on a case-by-case basis. 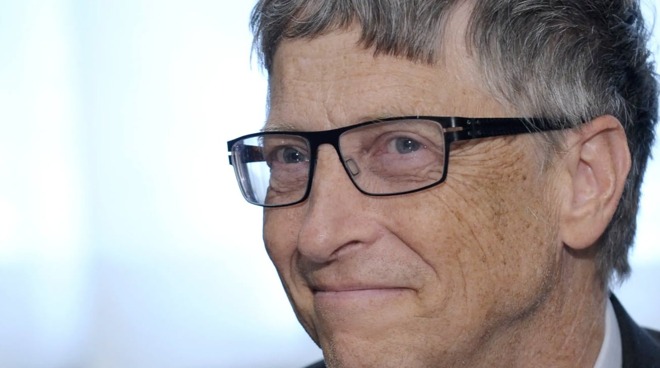 Speaking at the GeekWire Summit, Gates, himself no stranger to government audit, suggested it is a mistake to group companies like Apple, Amazon, Facebook and Google into a collective, as the firms operate in vastly different markets.

Apple, for example, is being examined for its App Store policies, while Google is under the microscope for building an alleged monopoly in search and advertising.

"Certainly the scrutiny is important," Gates said, as reported by CNBC. "These companies are shaping communications, commerce -- and the politicians have to think of, Okay, what are the rules there?' I think it's kind of unfortunate that they're grouping the companies together, because there are so many different issues."

The companies share a general operating arena, but that umbrella is vast and in some cases overlaps with established traditional markets. As such, the problems being investigated are highly specific and often not applicable to the entire tech sector. Still, lawmakers and officials looking into antitrust issues have taken to lumping the companies together as one entity.

"If they want to get serious, they're going to have to focus in, enumerate the issues and them debate them. So I'd say we're kind of at the beginning," Gates said of government regulators.

The tech mogul went on to say that U.S. should learn from the example set by Europe, which is more receptive to aggressive action against supposed monopolists.

Apple has been the target of multiple European Commission probes related to taxes and antitrust issues. In 2016, the EU's antitrust watchdog slapped the iPhone maker with a $14.5 billion bill for back taxes stemming from deemed illegal benefits got in Ireland. That decision was annulled in July, though the Commission continues to fight for the money.

More recently, the Commission in June launched probes into the App Store and Apple Pay.

In the U.S., Apple is the target of a wide-ranging investigation into abuses of power by big tech firms. The company's App Store fees and policies are chief among the issues in play, but lawmakers have also looked into copy-acquire-kill strategies, overbearing management of parental control apps and "sherlocking."

Apple CEO Tim Cook addressed legislators at a U.S. House Antitrust Subcommittee hearing in July, maintaining that his company does not hold monopoly power in any market in which it competes. Despite Cook's official -- and unofficial -- statements on the matter, the committee in a final report issued earlier this month found Apple to enjoy monopoly power in relation to its handling of iOS and the App Store. The report recommends legislative changes that include the dilution and separation of certain dominant corporate structures.
«12»