What happened during the troubled Big Sur launch, and why Apple can't let it happen again

AppleInsider
Posted: November 13, 2020 3:05PM
in General Discussion edited November 2020
Apple's Big Sur update needed to go smoothly, and instead it caused disruption worldwide even for users who weren't trying to download it. 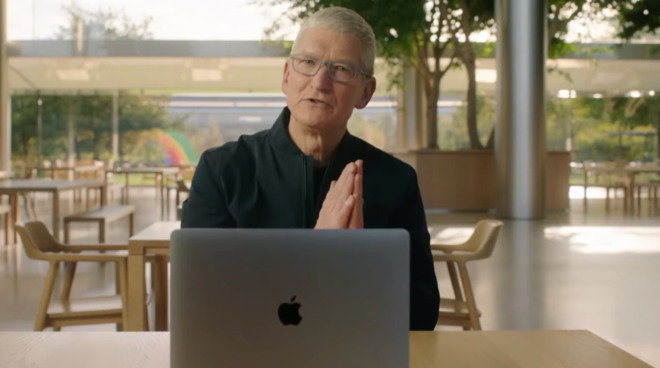 Tim Cook does use that praying gesture quite a lot.

Anyone can make mistakes. And very few companies can deliver a revamped operating system to millions of users without problems. However, Apple is one of those firms that can do it, it's one that has done it extraordinarily successfully.

It's also the one that on Thursday got it startlingly wrong. In 2020, at the dawn of Apple Silicon, when consumer trust needs to be maintained at all cost during a big hardware transition, Apple cannot allow this week's errors that prevented some folks from launching apps already installed on non-Big Sur machines, and Big Sur installations to fail, to ever happen again.

If we've all previously wondered whether iOS 13 was a little bit jinxed, macOS Big Sur has definitely been a problem child. It is the biggest update to macOS in years, but it's also had what has seemed to be a very extended beta period.

Right up to the end, that beta didn't seem to be closing in on the kind of robust, finished version that could be delivered to the public. It rolled out on November 12, though, and it was ready.

Only, instead of checking out Software Update in System Preferences, take a look at the macOS Big Sur entry in the Mac App Store. The latest version, the one announced and revealed on November 12, was actually uploaded and ready to distribute on November 9. It has not been changed or updated since then.

So it had been ready to release in time for Apple's unveiling of the Apple Silicon M1 Macs, but Apple chose to hold it back for three days. There was no apparent technical reason for it, nothing within the update it self. But what there was in those days, was the initial pre-order phase for the new Macs. 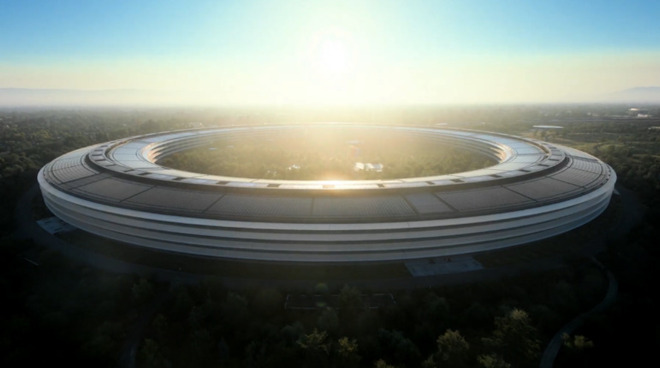 Apple cannot have expected a software release to impact on the online Apple Store. But if it did know that there was a risk of a serious problem, it can have expected that its resources would be stretched if it were simultaneously trying to handle a lot of sales transactions. And it could have done more to prevent it.

The move to Apple Silicon

You can't fault any company for balancing its resources, for deploying its efforts strategically. But this was part of the transition to Apple Silicon, a gigantic move that Apple has to get right.

What's more, it's a gigantic move that Apple had already done a great job of convincing us that it would get right. Even if you weren't using Macs around the transitions to PowerPC or Intel, Apple's really well presented explanations of what it is doing, when, and why, are remarkable.

Those explanations, this expectation Apple has built up so well, they are all remarkably punctured when the company stumbles. It's not as if this were just something like Big Sur taking a long time to download because of demand, though that was part of it.

It was that the problems downloading Big Sur affected Mac users around the world -- including ones who were not trying to get the new macOS at all. Apps that were working just fine on Macs with macOS Catalina were suddenly not launching.

That was not a demand problem, that was a mistake. To run your apps, you just had to disconnect from the internet or use an app like Little Snitch to block some traffic, and all was fine.

Naturally, you couldn't download Big Sur if you weren't online, but to get on with your work, you had to figure out this workaround. So however many people were watching that very, very slow download of macOS Big Sur, there were countless others who weren't downloading it but still could not do their work.

There are likely to be some people in Apple Park having a very bad day today, and the conversations will be chiefly about what went wrong with the Big Sur download. But they should also include examining how users were abandoned.

It wasn't about demand

It's also a little too easy to blame the problems on just how many people were trying to download macOS Big Sur. This was a failing, it isn't an excuse to claim Big Sur is popular.

Again, there aren't many companies that can push out an OS update to so many users, but this is was actually one of Apple's smaller cases.

True, macOS Big Sur was a very large file to download, but according to Apple's last unit sales volume data from a few years ago, there are at least 20 iPhone users to ever one Mac owner - and this ratio has surely only increased with time. So iOS 14, for example, was a far bigger deal to distribute from a volume of data perspective.

Apple can do OS distributions at large scale. Apple has now done this many, many times. And, it does it with popular media as well -- the download crushes from a new Disney movie are fairly incredible, we understand, with 4k movies of similar size as Thursday's Big Sur download.

It hasn't been without incident, though, it hasn't been that everything has always gone so smoothly that Apple could be forgiven for relaxing. While nothing like this week's issues have come up before, macOS Mojave caused a lot of problems at first.

Yet if the next year's macOS Catalina saw issues with people's older apps failing, that was the move to 64-bits, it wasn't an error. So for all the disruption that the Big Sur problems caused, it isn't a case of Apple not being up to the task.

It is a case of mistakes. They were just costly mistakes that came at a time when Apple needs to be rock-solid with its releases.