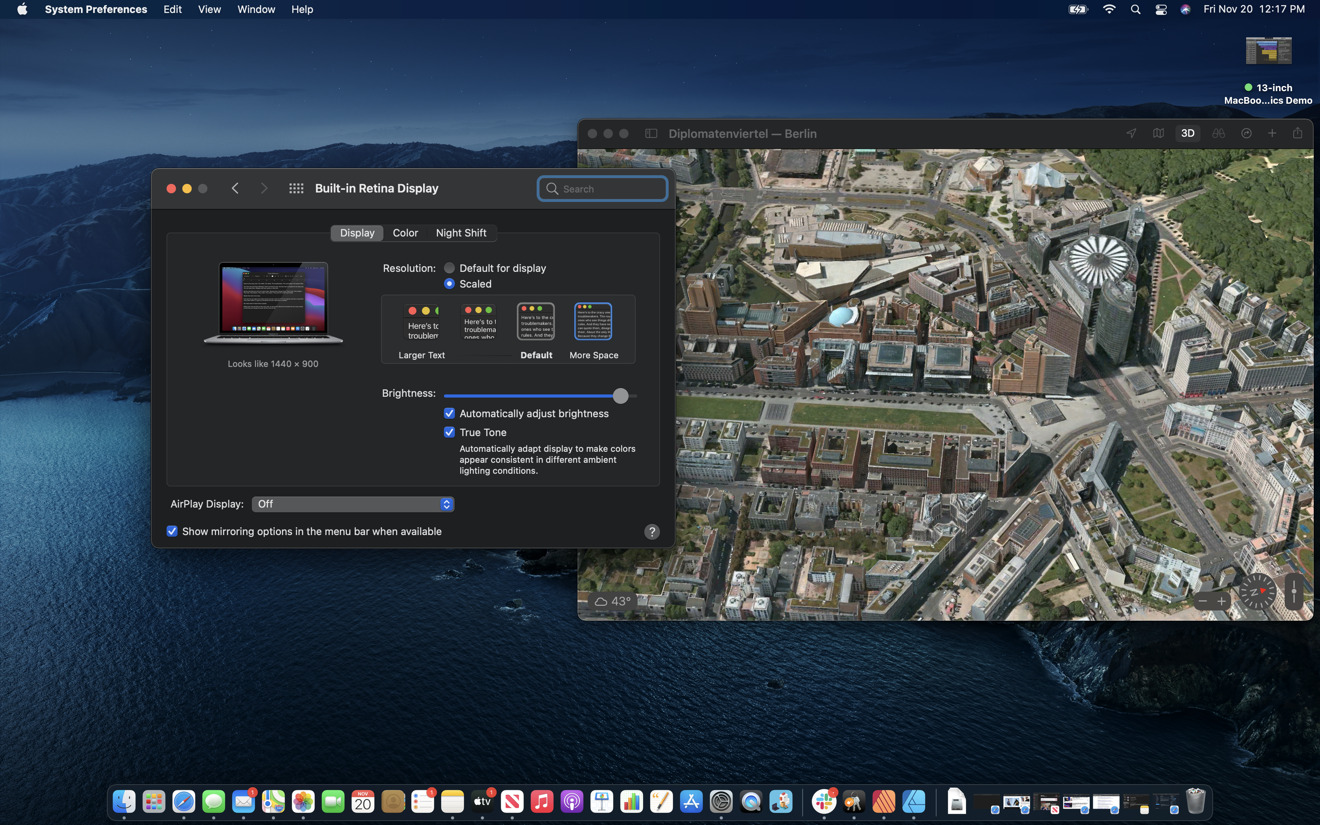 Thanks to a host of interrelated architectural changes in both hardware and software, the new crop of Macs using Apple Silicon sport a variety of enhancements that make them look and feel more modern, sophisticated, and refined.

Of particular note is their new graphics pipeline. The machine's native use of Apple's custom GPU optimized for Metal 2-- as well as the same Unified Memory Architecture used to deliver ultra-fast, low power mobile devices from iPhone to iPad Pros-- results in instantaneous, flicker-free changes to video settings.

Changing the scaled display resolution on the new #AppleM1 MacBook (left) is absolutely instantaneous compared to the delay and screen blanking required by the Intel graphics on the 16 inch MacBook Pro (right) pic.twitter.com/YybbPF09TF

In the video above, a conventional Intel-based 16 inch MacBook Pro can switch between scaled graphics resolutions with only a momentary blacking out of the screen.

However, the new M1-based MacBook Pro shows off the results of lots of work behind the scenes to enhance this with instantaneous switching between graphics modes. The screen doesn't blank or flicker at all.

The result of many such subtle enhancements makes the new M1 Macs feel luxuriously dialed-in and less "PC." Apple has long worked to make its computers more refined and less "techy" in an industry that has largely ignored the importance of such refinements to instead focus on megabits and gigahertz.

Going forward, Apple's efforts to increasingly take over more of the engineering work that makes up its desktop Mac computers will spread the difference between its Macs and generic PCs with a commonly licensed OS.

Fifteen years ago, it seemed like moving the macOS to essentially commodity Intel hardware based on a standard architecture was Apple's best move, but as the development of years of custom iOS mobile devices--and wearable products like Apple Watch--have demonstrated, the company can blend away the boundary between hardware and software to create more desirable, demonstrably better products that are nicer to use.