Apple Maps expands Look Around to four more US cities 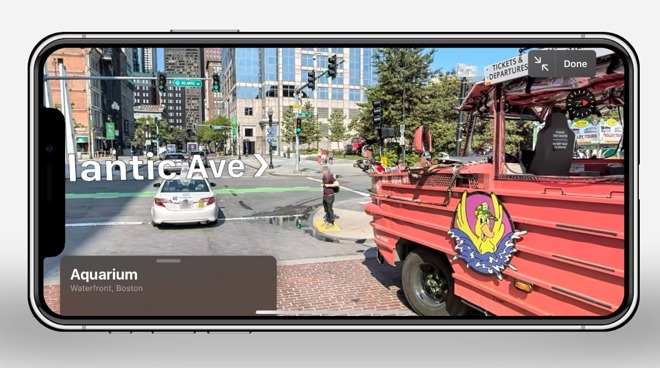 Quietly announced in an update to Apple's feature availability website, the new Look Around locations provide detailed imagery captured along major thoroughfares and side streets.

Released alongside iOS 13 last year, Look Around incorporates high quality photographs with smooth animations and native Maps integration to challenge Google's Street View. Unlike the Google option, however, Look Around availability is extremely limited and expansions to the service are slow going.

Apple launched the feature in select cities and subsequently branched out to other densely populated metro areas. In October, Phoenix, Ariz., gained Look Around support following a debut in the UK and Ireland.

Look Around is available in 17 cities worldwide, most of which are located in the U.S. Beyond the UK, Ireland and Scotland, Japan is the only other international locale to benefit from the feature.