$3,000 Apple mixed-reality visor could debut in 2022 with premium features

AppleInsider
Posted: February 4, 2021 2:25PM
in General Discussion edited February 2021
A rumored Apple mixed-reality headset could have a suite of high-end eye- and hand-tracking sensors and cameras, swappable headbands, and a visor-like design, according to a new report. 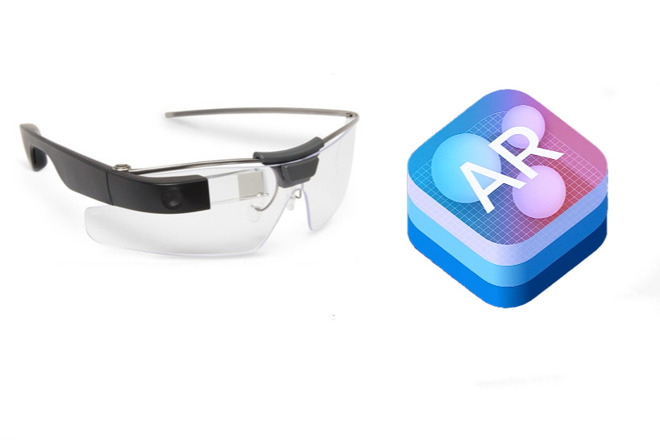 The device could sport more than a dozen cameras for hand movement tracking and to show users a video feed of the world. It could also have advanced eye-tracking technology and ultra-high-resolution 8K displays, along with a "bevy" of other features, The Information reported on Thursday.

Late stage prototypes and concept images of the device show a curved visor-like form factor with that attaches to the face with a mesh material and swappable headbands. The Information created a concept rendering of the headset based on images of Apple's prototypes. 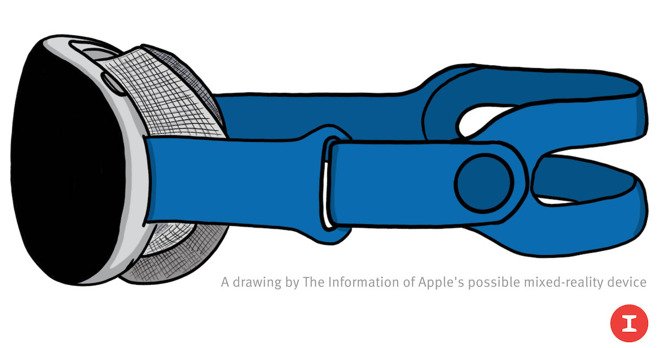 Instead of a pure augmented reality (AR) device, sources within Apple said that the visor is being internally referred to as an MR device because of its "ability to combine virtual reality experiences with games and other applications that use real-life objects surrounding the person wearing the headset."

Currently, the focus of the device could be games or possibly productivity and education applications. The device, codenamed N301, is said to immerse a wearer in a fully virtual environment like Oculus Quest. It will also block a user's peripheral vision, but will pass a view of the world around them to create a mixed-reality effect.

In addition to hand- and eye-tracking, Apple is also developing other control mechanisms for it. One possible method would be a thimble-like device worn on a user's finger that could allow them to control software. It isn't clear if that accessory will be bundled with it or sold separately.

Some prototypes also appear to have a physical dial or crown on the side. All versions appear to have LIDAR technology, which Apple already uses in its iPhone and iPad Pro lineup to quickly map objects and environments.

An outward-facing display on the device could show users information when it's not in use. Interchangeable headbands could feature spatial audio technology like the AirPods Max or AirPods Pro. Users will be able to charge it with a cable, though Apple is also working on a swappable headband with additional battery life.

According to Apple sources, the MR device will come equipped with in-house chips. Apple may also be planning to reduce computer power by showering lower-quality graphics in a user's peripheral vision. The inclusion of 8K displays will make its overall picture quality much higher than other consumer headsets, and even most high-end televisions.

The device could ship as early as 2022. Apple has reportedly tapped Pegatron to assemble it. However, because of the complexity of the device and the risk with entering a new niche product market, Apple could ultimately decide to scrap or shelve the project.

Price could add to the risk. In 2020, Apple reportedly discussed pricing the device around $3,000 -- more expensive than an MacBook Pro but less expensive than Microsoft's $3,500 HoloLens.

Initially, Apple has talked about a goal of shipping about 250,000 units of the device in its first year of release. That's largely due to its high price.

Apple has been developing virtual reality, augmented reality, and mixed reality technology for years. In addition to rumors of various headset devices and its public work on ARKit, the Cupertino tech giant also has a slew of patents related to head-worn devices.

Many of those patents and patent applications focus on eye tracking, which the MR headset is said to have. Other patents detail different systems, including technology to keep users from bumping into real-world objects while immersed in a virtual environment.

Back in March 2020, an early iOS 14 leak also suggested that Apple was working on controller-like accessories for a virtual reality product.

The MR headset is also not the same device as Apple's rumored AR-based "Apple Glass." That device is said to have a more glasses-like device, a much lower price point, and a bigger focus on complementing an iPhone in a user's day-to-day life.

Back in September 2020, a former Apple executive predicted that Apple's first foray into head-worn visual devices would be a virtual reality - instead of an augmented reality -- device.

According to The Information, Apple is still working on a pair of "lightweight smart glasses designed to overlay objects onto a person's view of the real world." That device, which is facing steep technological hurdles, is still years away from release.