AppleInsider
Posted: March 6, 2021 12:49PM
in Current Mac Hardware edited March 6
Apple appears to have discontinued the iMac Pro, with the Mac model now only available in a single configuration but only "While supplies last." 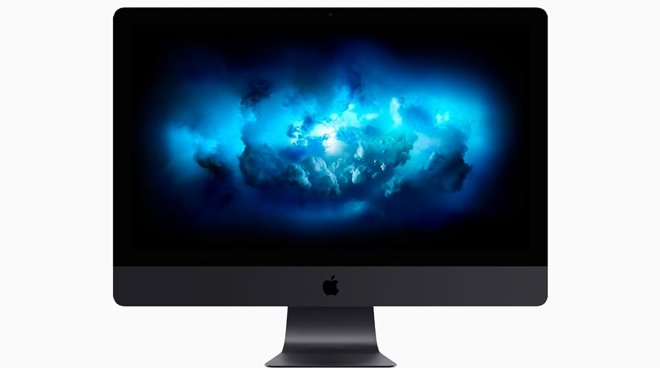 The store page includes the text "While supplies last" at the top of the page. While customers were previously able to configure the iMac Pro with different specifications, there's now only one option available to purchase. 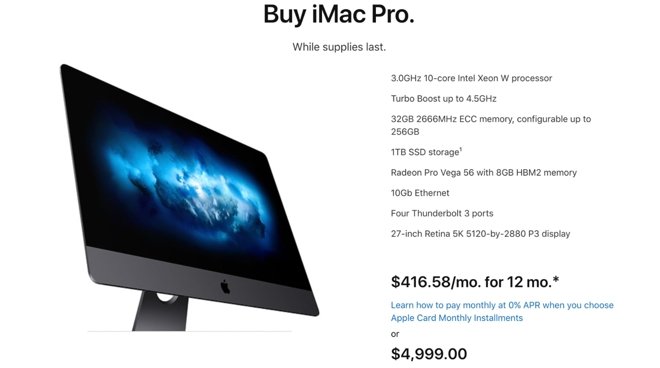 Previously, there were configuration options for 14-core and 18-core processors, Vega 64 graphics, up to 4TB of storage, and up to 256GB of memory.

The change does not apply to third-party resellers, who will have some stock of other configurations on hand.

While Apple hasn't declared the model to be discontinued, the minimal choice of configuration and the "while supplies last" warning strongly point to Apple discontinuing the model. It is unknown whether a new version of the iMac Pro line will be available in the future or if it will be absorbed into the main iMac range in a future product line update.

Since its launch in 2017, the iMac Pro has received some specification updates, but no major upgrades to the design. There was some speculation of an updated model in December, though the supply chain rumor didn't offer any real detail about what was on the way.

Apple is also on an aggressive two-year timeline to migrate its Mac products from Intel processors to Apple Silicon, but it seems unlikely that the iMac Pro would be a part of that. Apple is thought to be preparing a redesigned iMac with Apple Silicon for release in 2021.