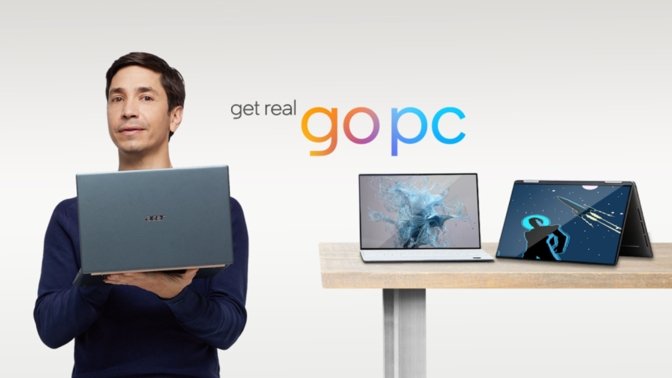 The ad campaign from Intel has evolved from simple banner ads to commercials, ad spots, and an entire website dedicated to the matter. Intel desperately wants consumers to know they still exist and have something better to offer.

The webpage says that the claims made by Apple about the M1 processor don't translate into "real-world" use. That when compared to a PC with 11th Generation Intel Core mobile processors, "M1 MacBook features just don't stack up."

"There's no comparison between the Mac and the PC with the Intel Core processor when it comes to design innovation," the webpage claims. "PCs can be personalized to fit a user's specific hardware and software needs, so they work how the user likes to work. The bottom line is a PC offers users choice, something users don't get with a Mac."

The webpage echoes many of the sentiments made by the recent Justin Long ad spots. It complains of dongles, lack of touch screens, and no good gaming experiences.

Many of the claims made by Intel are related to system architecture choices rather than performance. Not having access to all of the games hosted on Steam nor the lack of M1-native Adobe apps is a result of ARM performance.

The lack of ability to connect multiple displays isn't a permanent restriction and will be changed in future M-series processors.

Intel says Apple's battery life claims are not indicative of real-world use since they tested at 150 nits. They found that at 250 nits Intel and M-series MacBooks lasted 12 hours each. However, all this test shows is that turning up the brightness of a display will result in shorter battery life.

The technologies and software Intel brings up in the webpage are highly opinionated. Using Chrome versus Safari will yield slower results on a Mac, and not having a touch screen isn't always a negative for the consumer. Additionally, looking at the footnotes, it appears Intel mostly used non-M1 native versions of the applications for the comparisons.

Intel will continue to barrage consumers with advertisements and handpicked specs, as any company, including Apple, will. Practically, the M-series processor in what is the low-end of the Mac line can outperform an equivalent or ostensibly faster Intel processor in a Mac at a lower power consumption.
«12»