AppleInsider
Posted: April 15, 2021 12:27AM
in General Discussion edited April 2021
While Apple has largely stopped the practice of dropping hints in its press event invitations, a leaker claims the colors on display in this week's "Spring Loaded" invite could hint at future products. 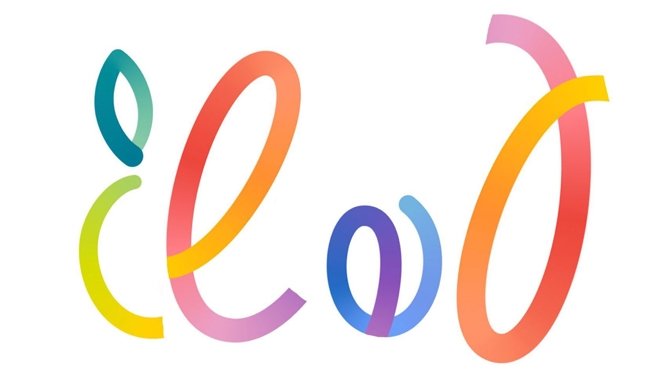 In a tweet on Wednesday, accurate Apple product leaker "L0vetodream" presented a breakdown of Apple's "Spring Loaded" invitation, slicing the stylized apple line drawing into distinct segments -- and mirroring a large section -- to spell out "iPad." In an image that he appears to have taken from Twitter user iTechEverything, L0vetodream offers sly -- and questionable -- discussion of rumors surrounding the event.

Apple is expected to launch a revamped iPad Pro with mini LED display and redesigned iPad mini model at "Spring Loaded," with other rumblings hinting at the long-awaited debut of AirTags" tracking devices.

A separate image shows the beginnings of Apple's AR teaser for the upcoming event; a colorful coil that transitions from yellow to red to purple and, finally, blue.

"[E]njoy these colors," the leaker said.

In a follow-up tweet, L0vetodream suggests the colors are not simply about one product, but instead hint at "a lot of things."

Apple is rumored to launch a new collection of iPhone cases with spring colors in the near future, some of which are represented in the invitation's illustration. On Tuesday, a supposed leak revealed what appears to be legitimate first-party cases in "Cantaloupe," "Amethyst," "Pistachio" and "Capri Blue" colorways.