AppleInsider
Posted: May 7, 2021 2:06PM
in Future Apple Hardware
The redesigned MacBook Air will have multiple color choices like the 24-inch iMac does, says Jon Prosser. 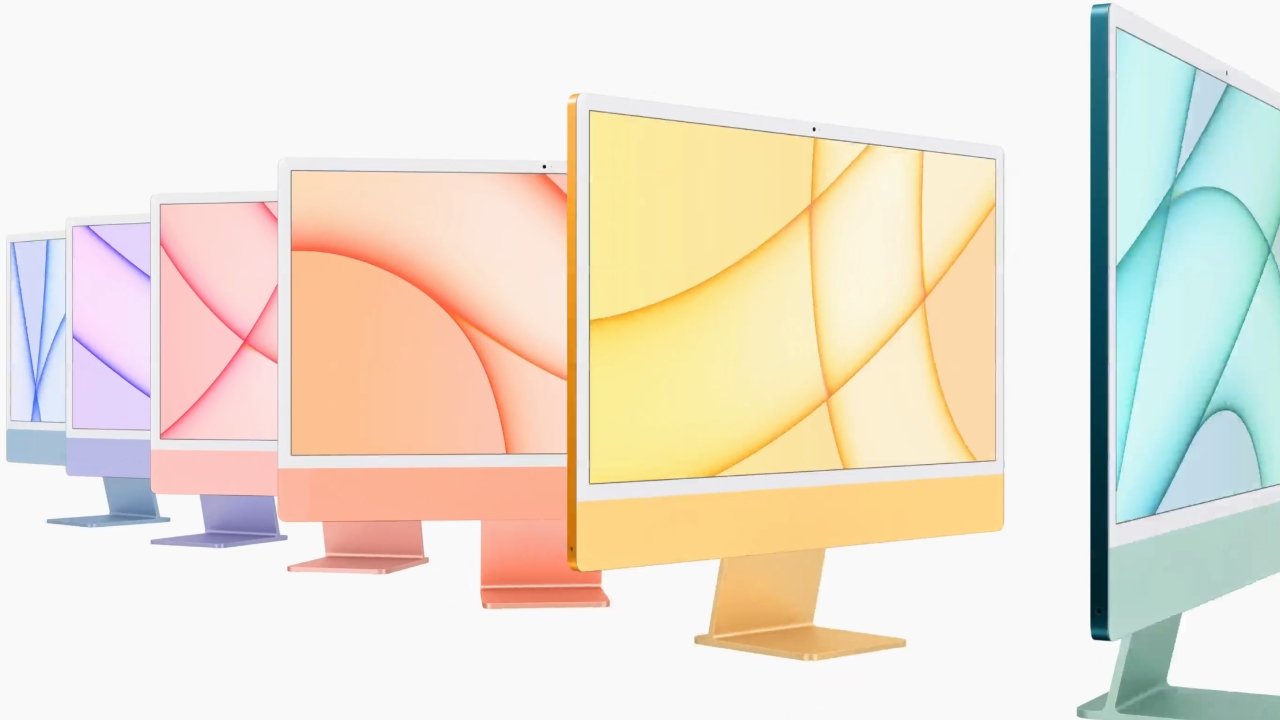 Apple released the iMac with an all-new design and bright colors in April. This design philosophy is expected to continue down the Mac product line, and a prolific leaker has confirmed it.

Jon Prosser has been fairly accurate on product details such as color and design specifics, so his latest details about the next MacBook Air shouldn't be overlooked. In his latest Front Page Tech video, Prosser says he got a tip from his source about a blue MacBook Prototype. 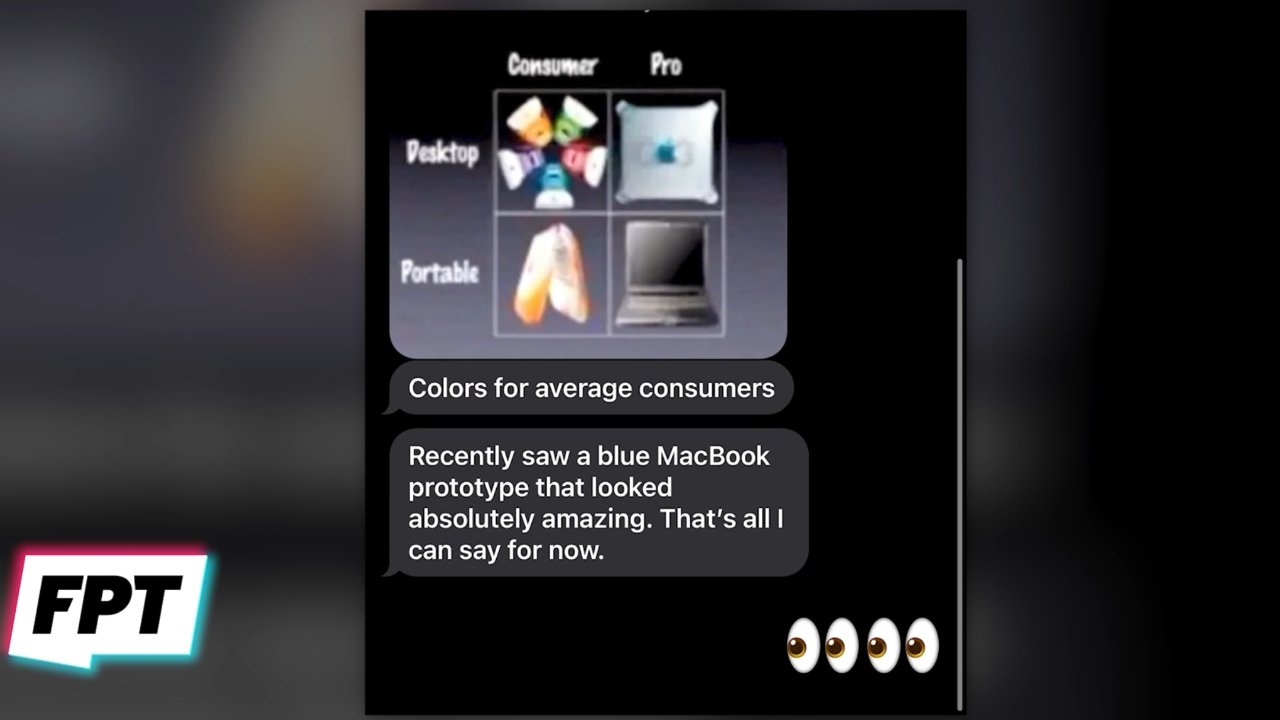 Prosser's conversation with his source

The source stated "colors for average consumers" alongside an old image from an Apple event. This suggests that color options would be made available for consumer devices, where "pro" Macs will have more subdued shades of gray and silver.

Prosser assumes this means the MacBook Air will receive color options similar to those found on the 24-inch iMac. The iMac has a saturated back panel with muted colors on the face plate. Concept images shared by Prosser show a MacBook Air with a more pastel color design. 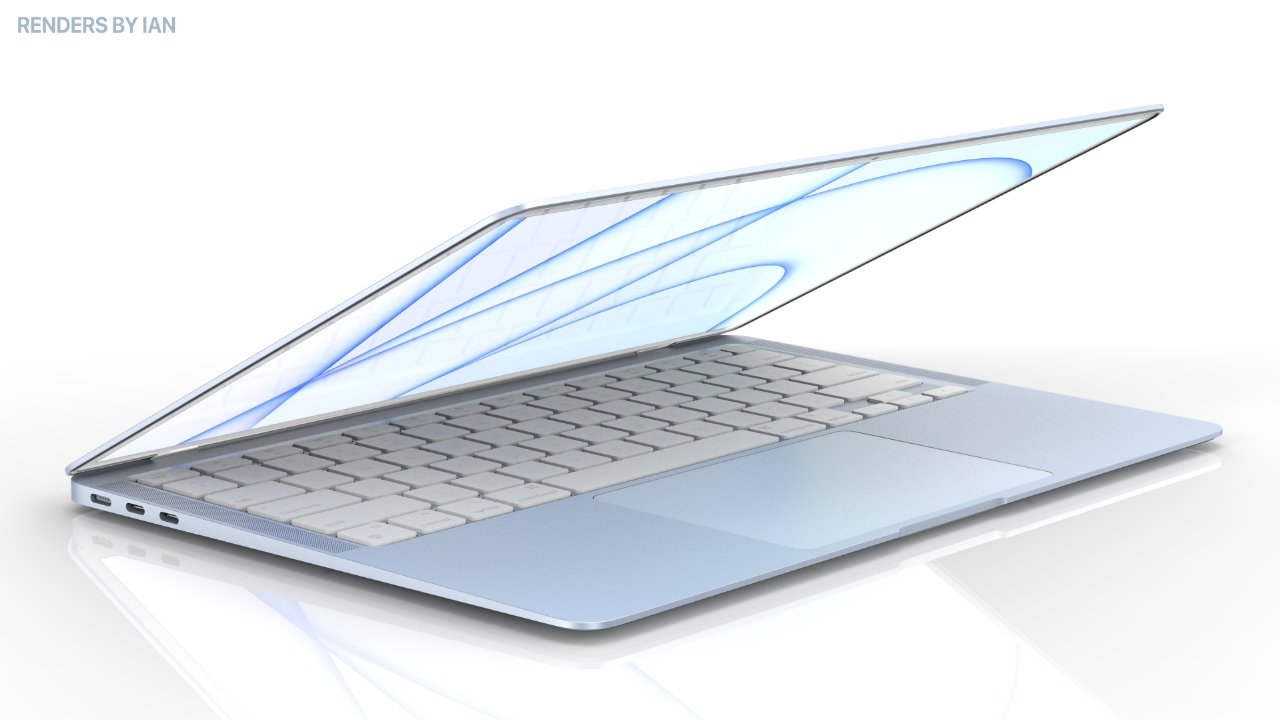 Apple announced the transition to Apple Silicon would take two years during its 2020 WWDC. The products released so far have been aimed at consumers, so Apple is likely to focus on pro Macs for its next releases. Expect a refreshed design and a new M-series processor in the next MacBook Air once Apple's pro Macs have been released.