AppleInsider
Posted: May 25, 2021 1:31PM
in Future Apple Hardware edited May 2021
The next version of the Mac mini may have more than a specifications bump, with renders published depicting a thinner model using the same magnetic power connection as the 24-inch iMac. 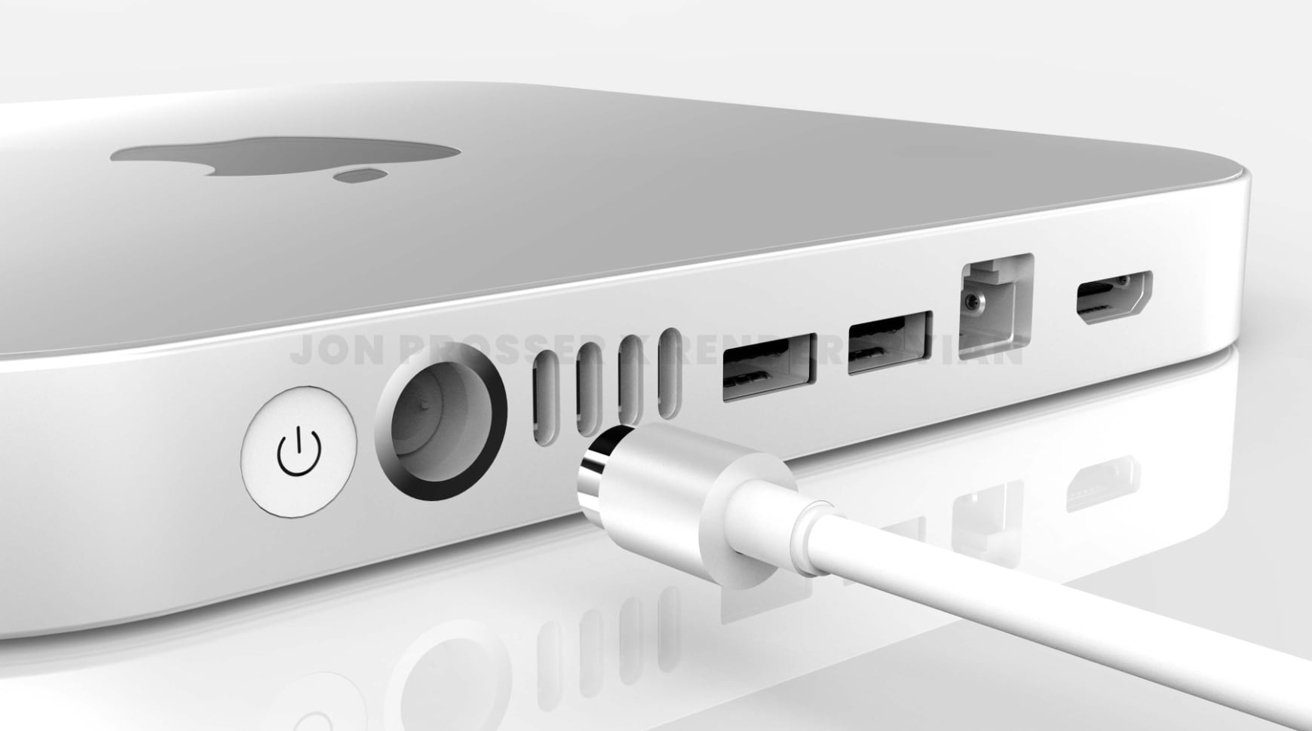 For the first version of the Apple Silicon Mac mini, Apple decided to reuse its trusted and well-worn design for the Mac, but with new internals. For the next version, Apple could make some major changes to the compact computer, as well as using the "M1X" chip.

In renders based on rumors shared by leaker Jon Prosser, Apple will take advantage of the small size of internal components in the Apple Silicon Mac mini to make the enclosure thinner. This results in a shorter Mac mini that appears to have the same desk footprint as previous models. 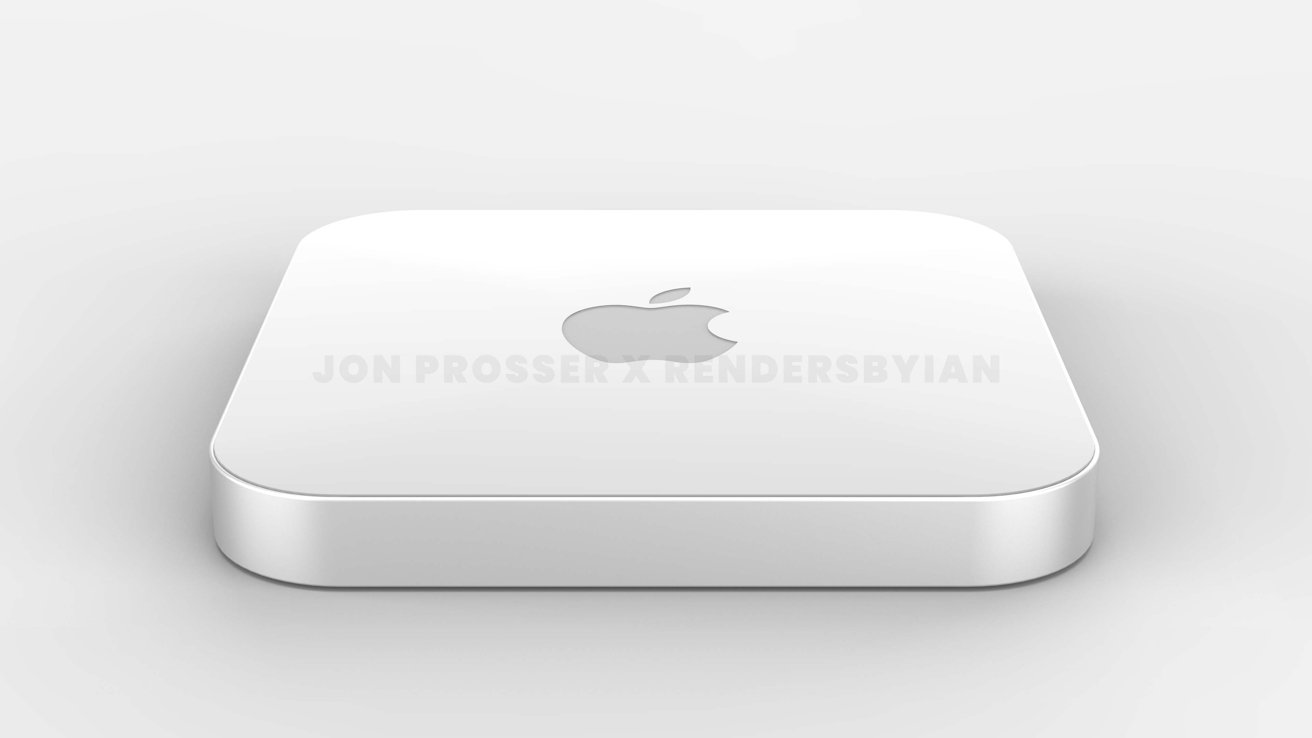 Around the back, Apple will apparently continue to offer a wide array of ports, including four USB 4-Thunderbolt 3 ports, two USB-A connections, Gigabit Ethernet, and HDMI. Joining the roster is the magnetic circular power connection, the same as used on the 24-inch iMac.

The use of the magnetic connector could also indicate Apple's use of an external power brick for the Mac mini, rather than internalizing it. If true, it seems that Apple could have made a similar move to the iMac in putting the Gigabit Ethernet connection on the powerbrick, saving a bit more room on the back of the Mac mini itself.

The chassis will not only be thinner, but it will also be redesigned to have aluminum sides but a "plexiglass-like" top panel. Color options may be on the way, as they have apparently been "tested" by Apple.

The usual circular base of the Mac mini will allegedly be replaced by a pair of rubber strips. The vent, which is usually located at the back panel near the ports, has been moved to the base.