How we ended up with the 'Pregnant Man' Emoji

AppleInsider
Posted: January 29, 2022 8:12PM
in General Discussion edited April 2022
If you're annoyed by the "Pregnant Man" emoji, you're getting irritated by the technical equivalent of stacking three Lego bricks on top of each other. Here's how Unicode U+1FAC3 came about. 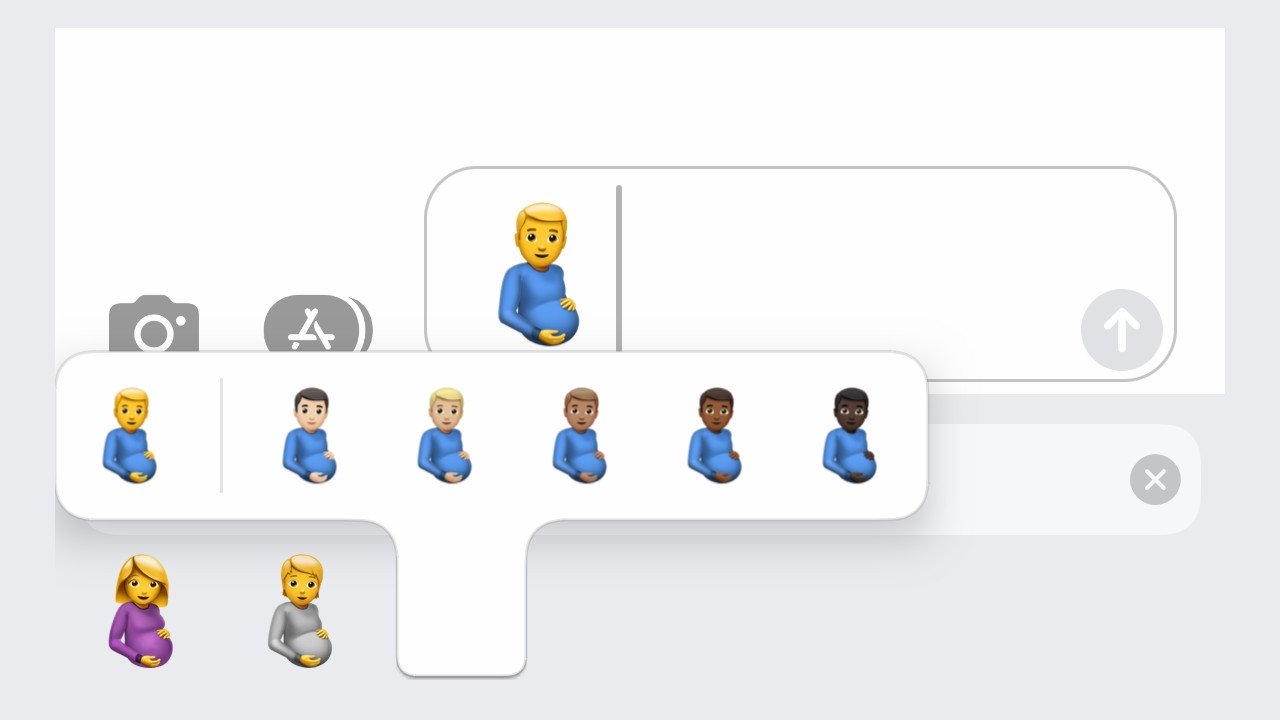 Before discussing the emoji itself, we need to examine its inception by the Unicode Emoji Subcommittee (ESC).

The ESC is the governing body responsible for maintaining and creating new emojis. They propose guidelines, solicit feedback, and codify the standards for vendors to implement.

The working description of ESC, according to the group's website, says it handles: The team is a subcommittee of the Unicode Consortium, which comprises all the big tech players you'd expect: Microsoft, Google, Apple, Meta, Adobe, and others. You can find a full list of members here.

Since Unicode 12.0 was released in 2019, the official Unicode standard has used three genders: Woman, man, and "gender-neutral." The official definition of the latter has evolved as language has shifted, but in essence, we're talking about male, female, and non-binary -- though you may still see references to the non-binary option by its CLDR name; "person."

For those of you asking why three genders were mandated to begin with, here is the official rationale from the standard:

It is often the case that gender is unknown or irrelevant, as in the usage "Is there a doctor on the plane?," or a gendered appearance may not be desired. Such cases are known as "gender-neutral," "gender-inclusive," "unspecified-gender," or many other terms. Other than the above list, human-form emoji should normally be depicted in a gender-neutral way unless gender appearance is explicitly specified using an emoji ZWJ sequence.

In case you don't speak engineer, that last sentence is saying, "unless it's a special case, all emoji should be gender-neutral by default." The neutral emoji combines with other emojis and a special character known as a zero-width joiner (the aforementioned "ZWJ") to modify the base emoji.

For example, how would we go about making an emoji of a woman gesturing "no" with a medium-light skin tone?

The system is structured so that each component can be logically snapped together to create the desired result.

The more technical of you may know that some emojis do start with a woman or man as the base character instead of a generic person. These are generally a result of emoji that existed in earlier versions of the specification, are part of the exception list, or are more complex and trying to fit in a smaller space.

We could have a more technical discussion about byte size encoding for characters, but that is well beyond the scope of this article. There are exceptions in the system, as we will see later.

Now that we know what the ESC does, who it's comprised of, and have a basic idea of how the emoji system works, we can talk about the process that eventually led to the creation of the "Pregnant Man" emoji.

This document titled Priorities for Future RGI Emoji Sequences marks the beginning, in earnest, of an initiative at the ESC to start making emoji more representational.

We can soon do this, but with emoji: 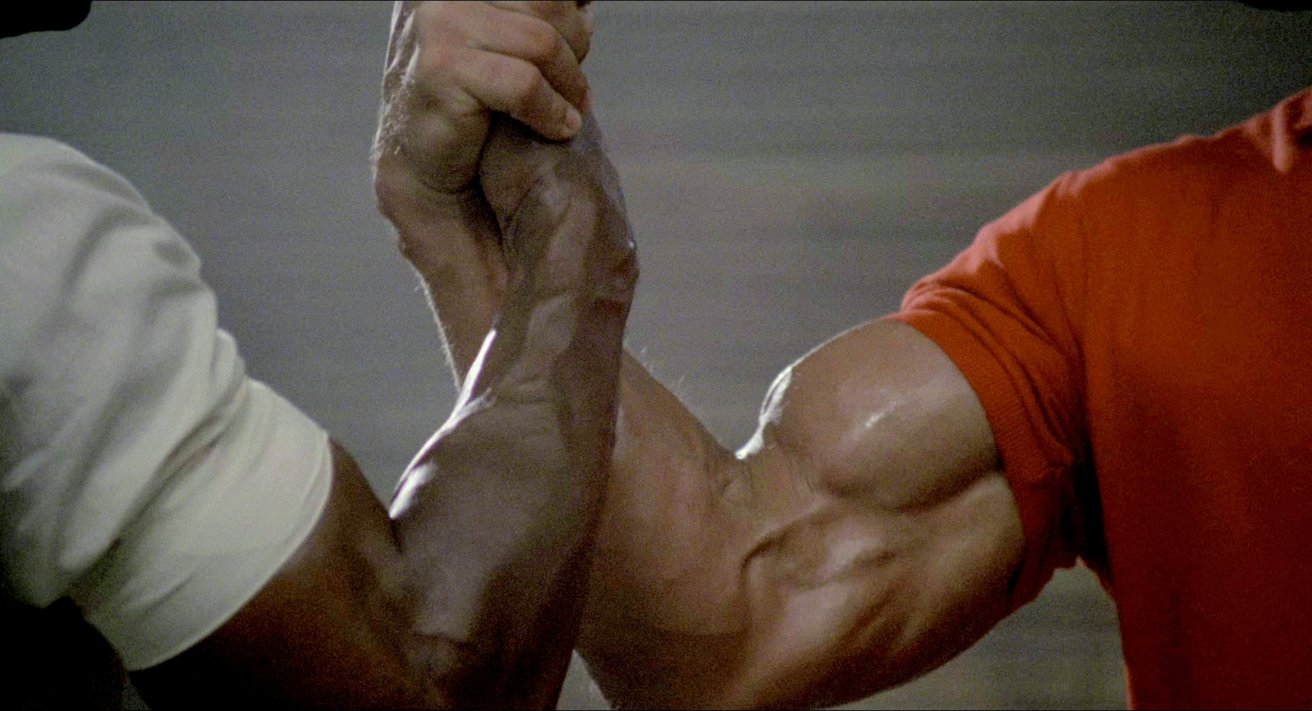 The ESC defines its roadmap for adding more skin tones, gender options, direction (e.g; left, right, up, down), and color variations in the document. It also proposed a priority for each of these efforts, adding gender-neutral variations a the top of the list, followed by mixed skin tones.

The reasoning for this is stated directly in the emoji technical specifications:

Both A [gender neutral] and B [mixed skin tones] address gaps within the existing emoji set and as such are considered a higher priority for implementation than C [directionality] or D [color variations] which seek to expand the scope of emoji functionality.

Earlier, we demonstrated how the emojis are connected, and the initiatives that received the highest priority make a lot of sense in that context. As the system is designed to snap together like digital Lego, and there are still emoji whose base element uses the "legacy" method, ESC needs to address those before expanding and adding more.

There are many interesting things to read in that document, but it's clear the group's goal is to represent the wide variety of humans and their unique experiences. From mixed-race handshakes and couples to same-sex families, they are slowly covering as much ground as possible to make sure everyone can represent themselves if they choose.

I've made it this far, tell me about the pregnant man already!

We covered how the system works and why it works that way, but we also established clear exceptions for special-case emojis exist. So why isn't a pregnant woman one of those special gender-specific cases?

In order to answer that question we need to take a look at document L2/21-055: ESC comments on 2020 Q4 feedback. This document exists for the sole reason of explaining what happened.

The original plan, as per standard practice, was to replace the original "Pregnant Woman" emoji (U+1F930) with the non-binary representation and then use the male (U+2642 and U+FE0F) and female (U+2640 and U+FE0F) to modify it to the desired gender. In theory, the system is respected, and everyone is happy.

But, the advisory committee got stuck in a stalemate, so nobody was.

To ensure the integrity of existing gendered emoji and to preserve a long runway for future additions, "person" based emoji should never be encoded with a sex symbol. As such, the "person" and "man" variants' are in the process of being added as atomic characters

In other words, due to the legacy use of the emoji and the importance of gender in its meaning, coupled with no modifier for non-binary because it's supposed to be the default, we are instead getting two additional independent variants. "Pregnant Man" (U+1FAC3) and "Pregnant Person" (U+1FAC4) will live alongside the original "Pregnant Woman" (U+1F930), breaking with convention.

Why either of those didn't stick is in plain sight as well.

The proposed names of the new characters, "man with swollen belly" and "person with swollen belly", are completely semantically detached from the meaning of U+1F930, which is never the case for emoji that form a gender triplet. Being pregnant and having a swollen belly are not synonymous; one cannot reasonably be used as a substitute for the other. While it is true that U+1F930 is sometimes humorously used to convey a general concept of bloat, this has no bearing on its actual semantics as a Unicode character. U+1F930 was encoded for a very particular purpose - to represent pregnancy and parenthood - and retroactively changing its official meaning to encompass any stomach bloat would be both disrespectful to expecting parents and damaging to existing data

To translate: all emoji that contain three gender variations share a common naming scheme, and it didn't make sense to change the name of two of the three representations here. It introduces more irregularity in a system that is supposed to be pretty logical.

In addition, changing the woman to a non-binary person to adhere alters the original emoji's meaning, thus breaking backward compatibility.

In short, skipping some superfluous conversation between companies, that is how we ended up with an emoji of a pregnant man named "Pregnant Man."

Outrage over a fairly logical system

Emoji is a system designed to take a non-binary gender as its base component, and it is constantly being iterated upon. When it came time to address the "Pregnant Woman" emoji, which did not fit within the designed system, an exception was made rather than revision for legacy reasons.

Due to those same systemic and legacy reasons, the emoji is called "Pregnant Man" instead of "man with bloated belly."

I mostly spend my time here at AppleInsider behind the scenes. I'm a developer by trade, not an editor, but we're a small company, so I often spend time moderating comment sections and generally checking up on things.

The level of vitriol and outrage I have seen surrounding something as innocuous as an emoji has been awful. The headlines I've noticed that I feel obligated not to link back to, combined with the malice ascribed directly towards people due to their political leaning, gender, or sexual orientation, gave me enough pause to spend my night writing this.

I know this is the internet, and outrage is the currency. At the end of the day, we're just talking about a digital stacking system to build multiple emoji from core elements instead of a custom element for each of the thousands of emoji that now exist.

No one should be getting threats over emojis. And we're pretty sure we will get some from this article from folks that don't want to read it and are too comfortable with their outrage to read.

Apple employs some of the people that worked on this, but don't have any illusions that the company put its foot down and demanded this particular chorded emoji combination out of tens of thousands.

They have discussions and work collectively with others as a group. There are more people outside of Apple that made this decision than there are participants from the company, by a factor of about 10.

The emoji combination was assembled with not an iota of identity politics. The fact that it exists is no more of an ideologically-planted flag than stacking three Lego bricks together.