AppleInsider
Posted: January 18, 2023 6:46PM
in iPod + iTunes + AppleTV edited January 18
The new HomePod has a lot of new technology versus the retired original HomePod from 2018 it replaces -- but see how it compares before you spend the $300. 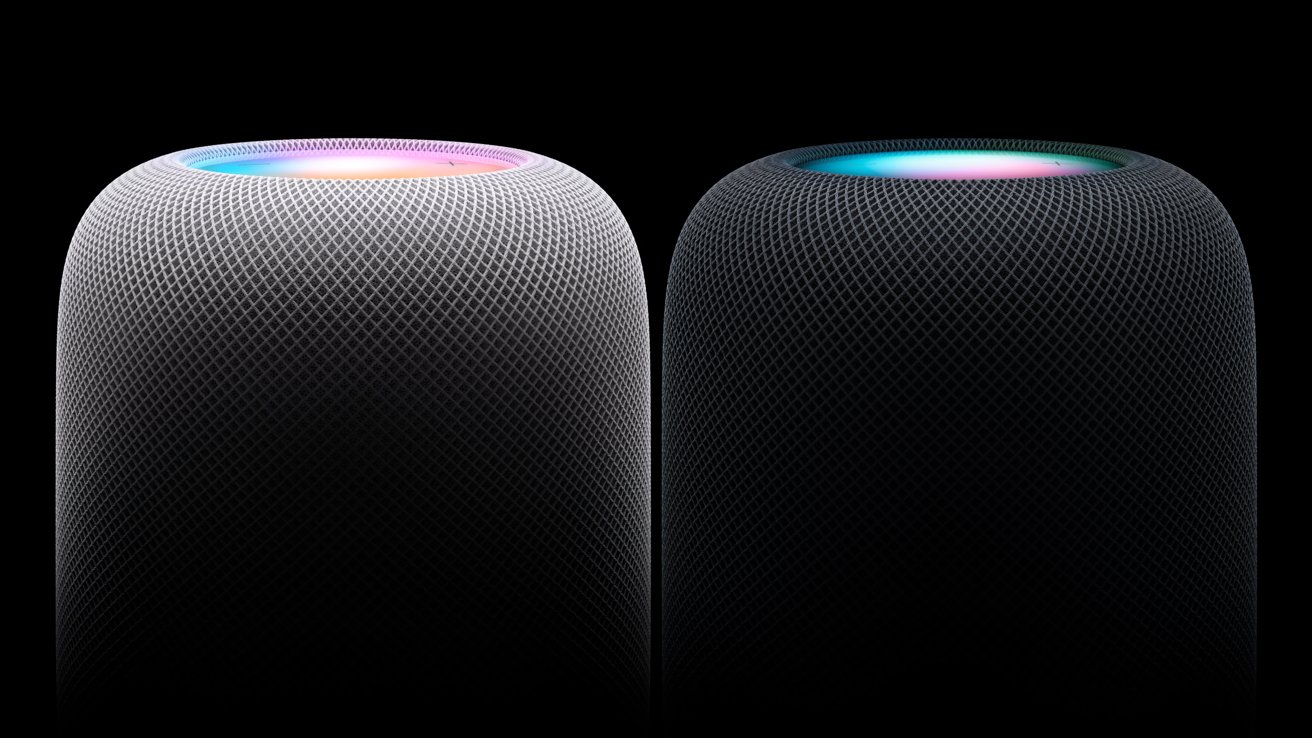 Apple discontinued the original large-sized HomePod in March 2021 to "focus on HomePod mini." The niche smart home speaker didn't seem ever to reach critical mass, and the high price usually got the blame.

Jump ahead to January 2023, and there's a new HomePod at the same $300 price point as the original. Apple says it has "incredible audio quality" with no claims about whether it improves over the original or not.

The new HomePod ships to customers on February 3, so we won't be able to determine sound quality until then. For now, here's how the two generations compare to each other on the spec sheets.

Very little has changed externally between the two generations beyond a minor height adjustment and the switch from space gray to midnight. However, internal speaker arrangements, sensors, and chipsets have all been updated.

These height and weight adjustments are likely due to Apple decreasing the number of tweeters from seven to five. The number of microphones also decreased by two, from six to four. 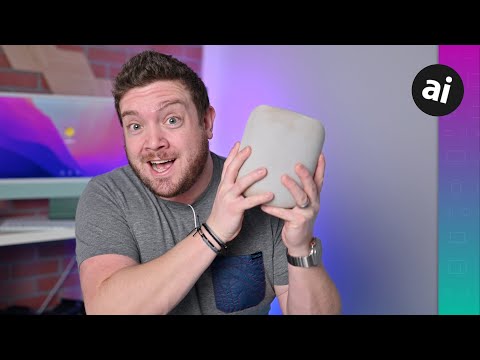 The mesh fabric is made from 100% recycled materials. The design is similar across both generations, but the top is slightly flatter with a more dynamic touch surface -- the colorful waveform now goes to the edge.

Apple shifted the colors of the dark HomePod from space gray to midnight. That means there should be a subtle blue hue to the new color.

The original HomePod's AC cable was technically removable, although it wasn't supposed to be done by the user. We have learned that the new HomePod's power cord is easily detachable, which is an improvement over the original model.

That's unlike the HomePod mini, which has a non-removable cable that terminates in USB-C and is powered by at least a 18W USB-C adapter.

Apple's descriptions of its new speaker system don't offer much detail about how it compares to the previous generation. There's still a large high-excursion woofer for the main speaker and a set of tweeters around the base. 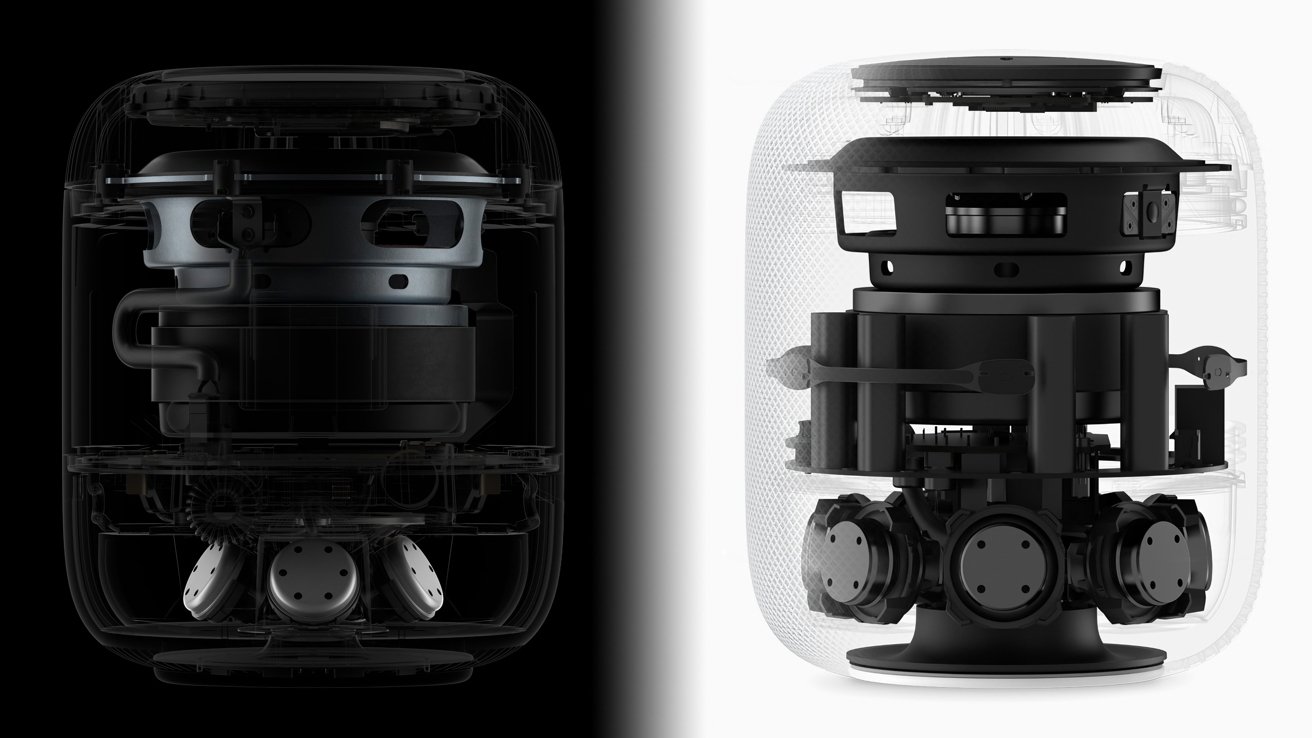 There are two fewer tweeters, but they serve the same purpose. Background audio and certain frequencies are played through the tweeters to ensure room-filling audio.

Apple says there's an all-new system sensor that runs complex tuning models in real-time to preserve dynamic range and maximize acoustic performance. The original HomePod performed real-time audio adjustments using its microphones, but it isn't clear if it had an older version of the system sensor or if this is a new creation.

Audio quality will also be determined by how well the speaker can process information. Computational audio will be improved with better chipsets, which saw a huge leap from the original HomePod to the new one.

The HomePod is a complex system of speakers, microphones, sensors, and a central processor. They are all joined together using advanced machine-learning algorithms.

The S7 that powers the new HomePod was released in 2021 for the Apple Watch Series 7. That's two generations newer than the S5 in the HomePod mini and nearly a decade newer than the A8 used in the original HomePod.

This leap in processing generations should have an impact on sound reproduction. So even with a similar woofer and fewer tweeters, the new HomePod is expected to deliver much better sound.

This effect will be amplified when the new HomePods are used in stereo. Algorithms generating Spatial Audio will work better on the newer processor. 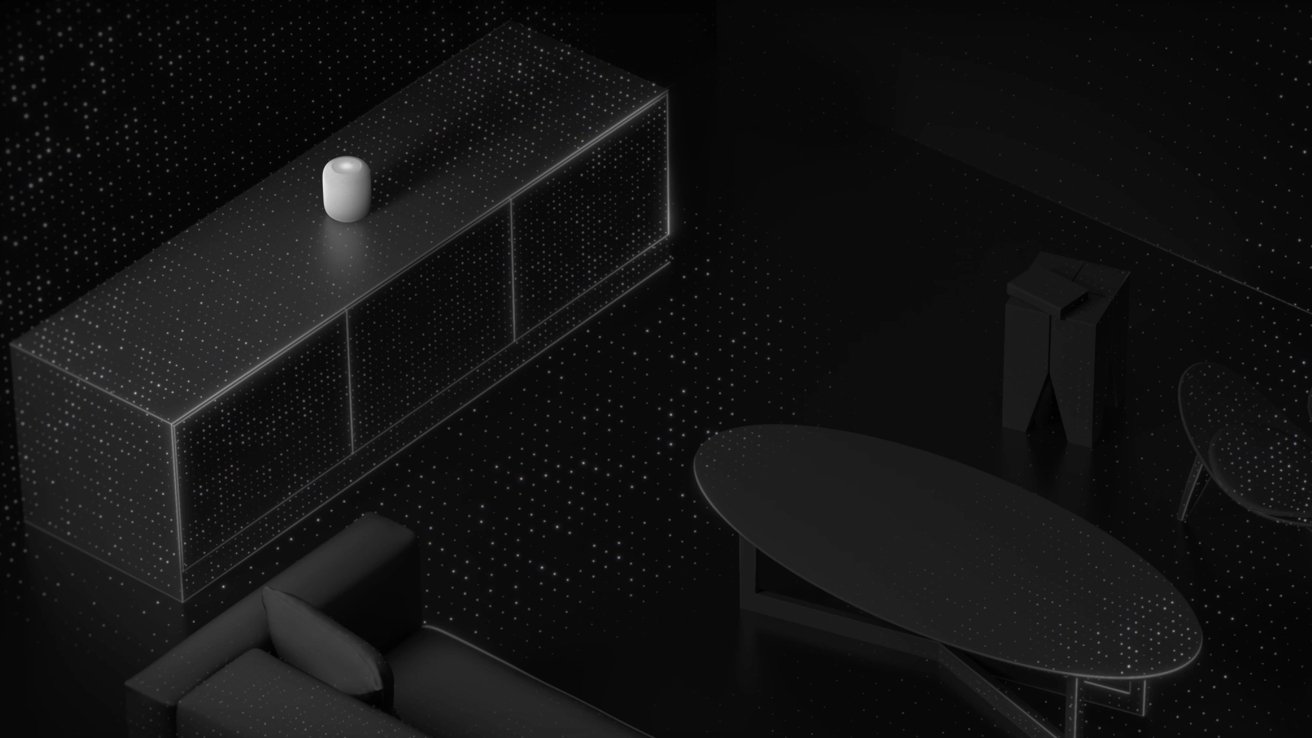 Apple also specifically calls out room sensing and system sensing as separate technologies, whereas the original HomePod grouped them under computational audio. It seems Apple has developed specific sensors for each system on the new HomePod, but that won't be clear until teardowns and testing are completed.

The New HomePod uses 802.11n Wi-Fi since a smart speaker won't need to communicate on the faster Wi-Fi 6 standard. The original had 802.11ac Wi-Fi.

There is a thread radio with Matter support and Ultra Wideband in the new model for improved connectivity and pairing.

The HomePod has always been marketed as the home for Siri and Homekit. Users have access to most of Siri's functions via the smart speaker and can even ask to ping lost devices.

In general, how a user addresses Siri or controls their smart home won't change across HomePod generations. However, there are some differences in what the device offers in terms of sensors and technology. 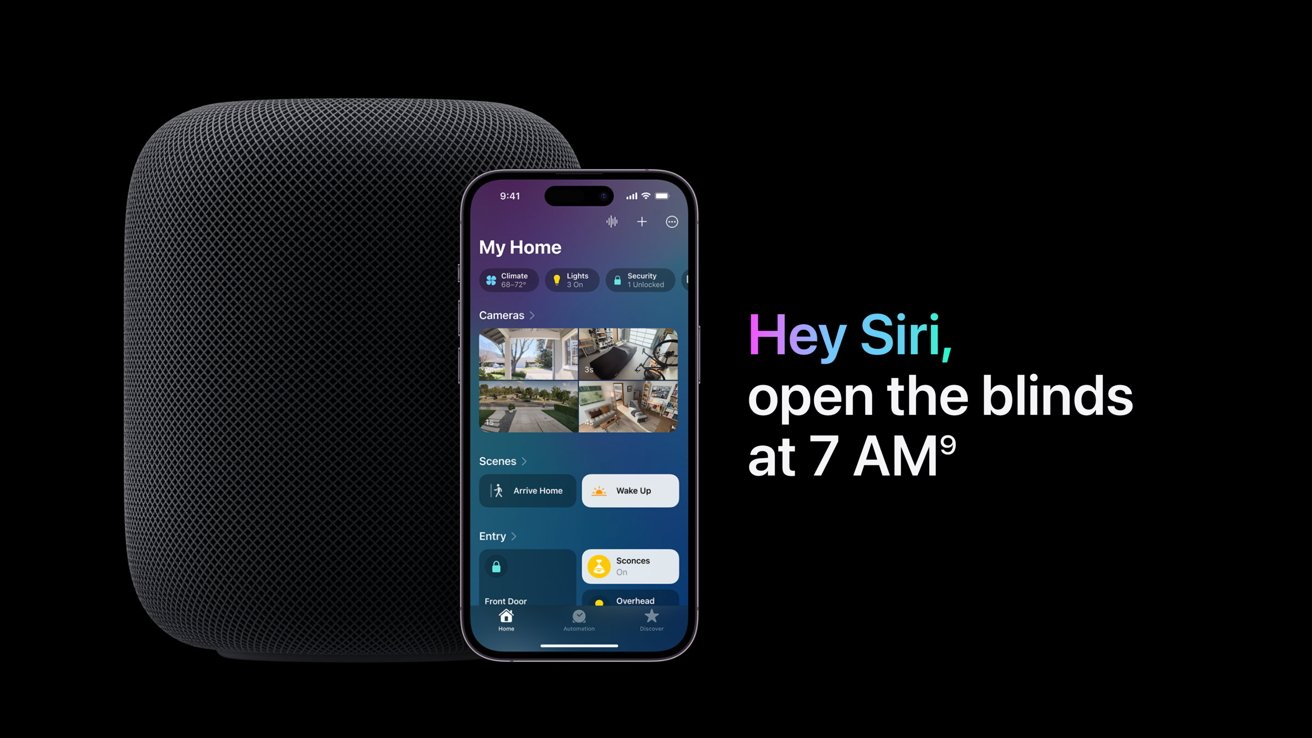 Siri is still the primary interface of HomePod

The new HomePod has an internal temperature and humidity sensor that can be addressed in the Home app. Users can also ask Siri what the room's temperature is or set up automation based on the HomePod's room data.

The inclusion of thread radios and Matter support also changes what the HomePod is capable of in the smart home. This means owners of the new HomePod will be able to take advantage of Matter products that require a hub, and the thread radio will also improve the signal of other thread-enabled devices.

Improved algorithms, thanks to the better processor, also means new software features are coming to the new HomePod. An update in the spring will add smart sound recognition to HomePod and HomePod mini, which will alert users to certain alarm sounds or other noises.

2nd Gen HomePod vs original - pricing and where to buy

Despite many analysts pointing to the price of the original HomePod as its ultimate failure, Apple has kept the price the same. The new HomePod is $299, which is the same price as the original when it was discontinued.

You can pick up the 2023 model at Apple Premier Partner Expercom.com, with the latest prices and availability at your fingertips in our Apple HomePod Price Guide.