The ad, entitled "Renewable Energy," takes place in a virtual iMessage chat window, complete with familiar blue and grey bubbles, sound effects, embedded maps and emojis. Beneath the clever editing and a toe-tapping tune, however, is a poignant message about the company's environmental initiative.

Apple takes viewers through a single message's journey, from phone to data center, while throwing in a few statistics along the way. For example, Apple's data centers are powered by 100 percent renewable resources, including solar, wind, hydroelectric and natural gas.

Combined, Apple servers process "tens of billions" of messages each day. And since the data centers are powered by green energy, Apple contends each iMessage sent is the equivalent of showing the earth a little bit of love.

Apple's data centers were running on 100 percent renewable energy since early 2013, while the company's most recent Environmental Responsibility Report showed all US operations and 87 percent of international facilities were running on similar sources at the end of 2015. 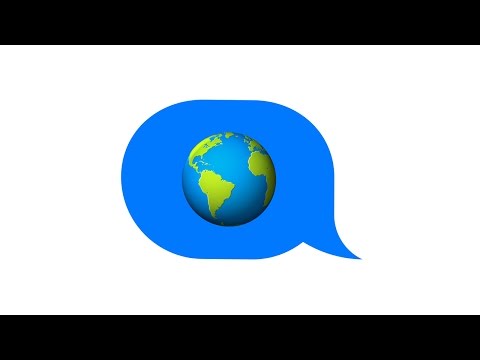 The ad comes one week after many brick-and-mortar Apple Stores changed the leaf portion of their logo green to celebrate Earth Day, a tradition for the company. One day prior, a special App Store section called "Apps for Earth" launched with 27 apps for sale, the proceeds of which are to be shared with the World Wildlife Fund.